88E holds a 75% working interest in the project. 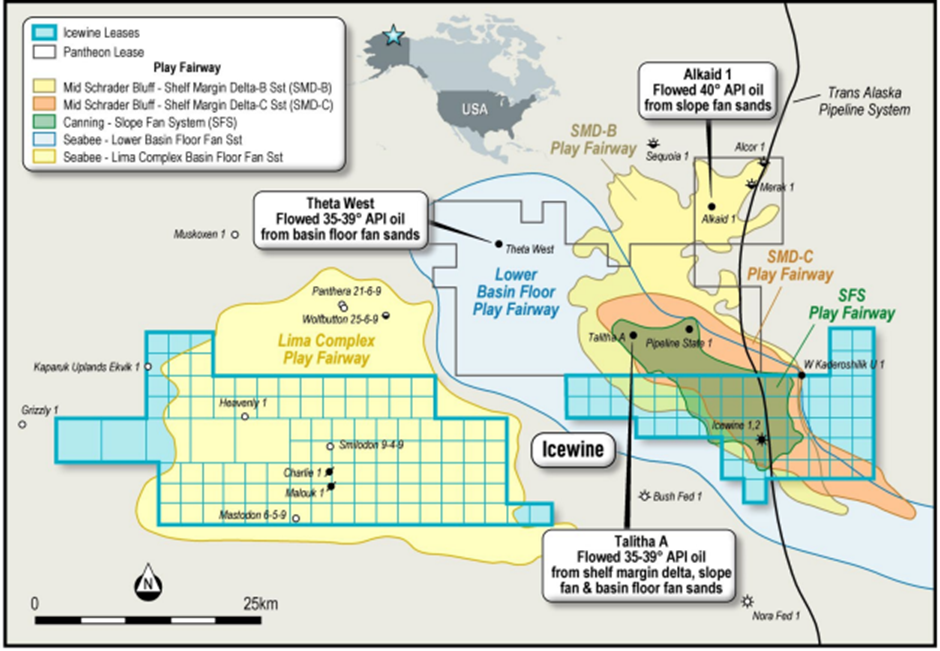 The focus of this in-depth petrophysical re-evaluation was to assess Icewine-1 logs against intervals that flowed oil in Pantheon’s acreage to the north.

Notably, a comparison of the tested interval in Alkaid-1 against the SMD-B reservoir unit (a similar interval in Icewine-1) highlighted the positive potential for a flow test of the same zone in the Icewine acreage.

A summary of the petrophysical data from these intervals is provided below:

Petrophysical comparison of zones of interest in Icewine-1 and Alkaid-1 (Source: 88E Announcement 10/05/2022)

RELATED ARTICLE: What is inside the SPA signed by 88 Energy (ASX:88E)?

The Alkaid-1, Talitha-A and Theta West-1 wells of Pantheon flowed 35 to 40⁰ API oil from several Brookian reservoirs, and the testing has confirmed reservoir deliverability of light, sweet oil.

88E believes that this development is favourable for the prospectivity of the adjacent Project Icewine acreage.

Moreover, since the data is publicly unavailable yet, it has been possible to only undertake a qualitative comparison of these logs against Icewine-1 logs.

Based on the positive petrophysical comparison between Icewine-1 and Alkaid-1, 88E remains optimistic that a production test in the Icewine East acreage can potentially deliver a similar or better result than the one delivered during the testing of Alkaid-1.

Besides this, the Company has also noted the Pantheon’s plans to drill a horizontal production well in mid-2022 in Alkaid (Alkaid#2) to prove the development concept.

RELATED ARTICLE: What made 88 Energy stock swell up by ~250% over the past year?