The share prices of Domino's Pizza Enterprises Limited (ASX: DMP) have declined by over 5% in todayâs trade session. The companyâs shares ended todayâs trade at a price of $38.655, near to his 52 weeks low of $37.720.

Domino's Pizza Enterprises had reported strong half year results in 2019 February with strong growth in Network and online sales. However, the company was expecting its Same Store Sales for FY19 to be within guidance, at the mid-to-lower end of the +3- 6% range and its EBIT to be at the lower end of guidance of $227m-$247m.

As per many media sites, it has been speculated that the company will deliver lower-than-expected profits in the next few years due to the declining growth in the companyâs sales and the planned store rollout. 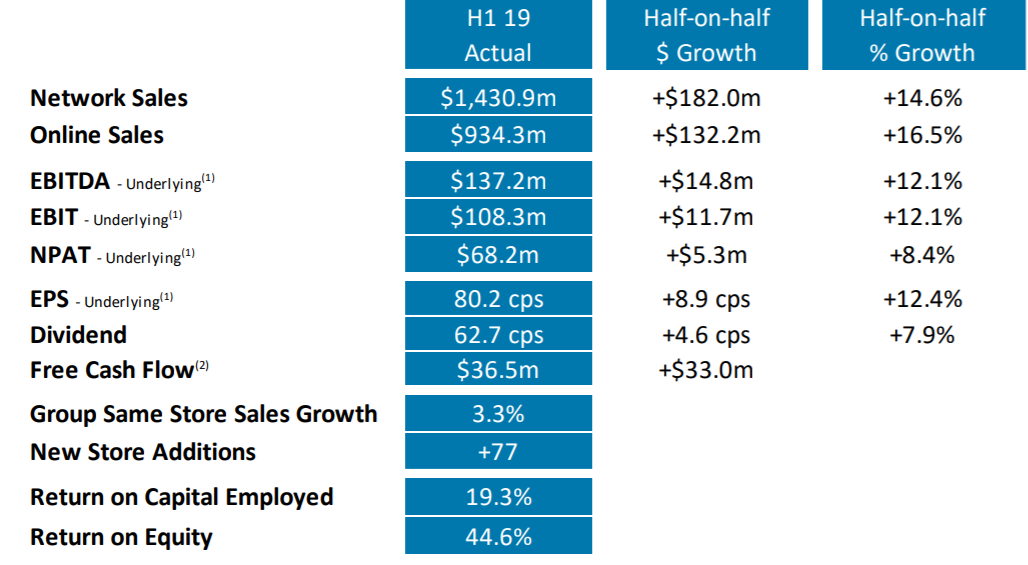 The company reported overall strong performances in Japan, Germany, Netherlands, Belgium and New Zealand, with softer performance in Australia and lower than expected performance in France. Japan has been the companyâsâ standout market, with new Management initiatives materially growing unit economics. As a result, trading performance was strong throughout the half, with EBITDA up +34.3%, reversing a weaker prior December. In Japan, the Company is currently planning to grow through taking share from other QSR categories in carry-out and delivery.

Recently on 22 May 2019, the companyâs CEOs provided update on its operations Europe, ANZ and Japan.

With regards to its Europe operations, in Denmark, the company is planning for initial opening of 10-15 stores in CY 2019. The company is currently focussing on transfer/negotiation of leases, assessment of equipment/facilities, and hiring of new team members. In Luxembourg, the company has progressed with site identification and its first Luxembourg store is anticipated to open in September. The companyâs Management is focused on initiatives to increase the pace of building-out existing markets, particularly through internal franchisees. Dominoâs is examining potential acquisitions within the pizza category.

Tags:
consumer Domino's Pizza Enterprises Limited (ASX: DMP)
All pictures are copyright to their respective owner(s).Kalkinemedia.com does not claim ownership of any of the pictures displayed on this website unless stated otherwise. Some of the images used on this website are taken from the web and are believed to be in public domain. We have used reasonable efforts to accredit the source (public domain/CC0 status) to where it was found and indicated it below the image.