Healthcare sector comprises of the companies that offer medical services, producing medical equipment or medicines. These companies also give medical insurance to the patients.

Australian healthcare sector’s progress is mostly propelled by its elderly populace. The other driving factors are rise in the chronic and degenerative diseases and variations in the lifestyle. These elements in turn, also give rise to the growing demand for better and innovative technologies which would help in improving the health care facility in Australian region.

In this piece of article, we would be looking at the four different health care stocks and highlight their recent updates.

AdAlta Limited (ASX: 1AD) is an innovative biotechnology company from the healthcare sector, focusing on utilizing its proprietary technology platform for generating i-bodies, which is a new class of protein therapeutics for the treatment of disease. 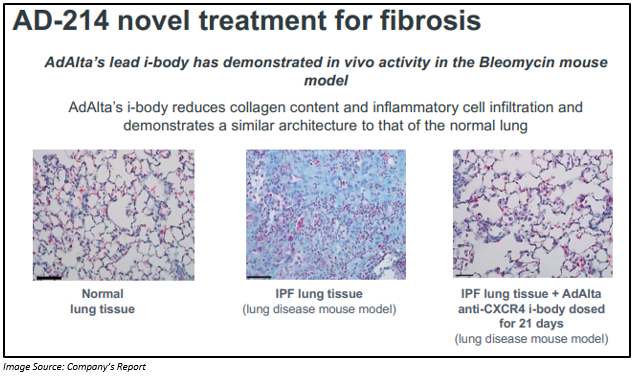 On 16 July 2019, AdAlta announced that it had started its key toxicology study with AD-214. This study is the last step before starting the human clinical trial for AD-214, developed for treating- Idiopathic Pulmonary Fibrosis.

The company started its four-week non-human primate study in order to assess the safety as well as toxicology of AD-214, which got concluded under Good Laboratory Practice (GLP) conditions. The data from this toxicology study is anticipated to arrive in the 2H 2019 and would inform the dosing regimen as well as safety details for the human clinical trial of the company. This result would also lead to IND (investigational new drug) submission to the US FDA. It would also be a matter of interest in potential partners assessing AD-214.

The four-week non-human primate study has been commenced by utilising the AD-214 materials based on a recently finalised demonstration run. The company would be concentrating on delivering material produced under Good Manufacturing Practice (GMP) situations, which are required for its phase 1 human study. Also, the study is expected to begin in January 2020.

Immuron Limited (ASX: IMC) is a biopharmaceutical company from the healthcare sector. It focuses on developing as well as commercializing orally delivered targeted polyclonal antibodies that are used for the purpose of treating inflammatory mediated as well as contagious diseases. 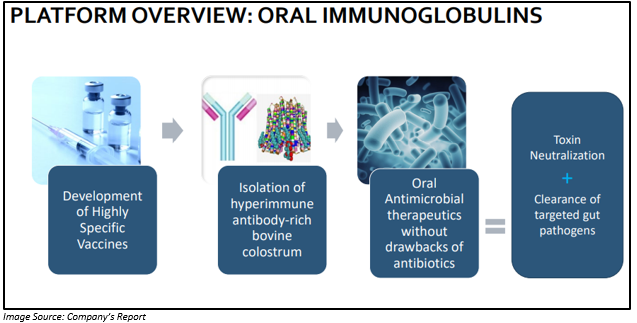 On 17 July 2019, the company notified the pricing of 339,130 ADSs (American Depositary Shares) of an underwritten public offering. An individual ADS would be offered at a price of US$4.00. It was further mentioned that one ADS is equivalent to 40 ordinary shares of the company. Also, IMC has granted the underwriter a 45 days option to buy further 50,869 American Depositary Shares. The company anticipates the offering to be closed by 19 July 2019 conditional upon customary conditions.

The estimated gross proceeds to the IMC are anticipated to be around US$1,356,520 before subtracting discounts of underwriting, commissions as well as other anticipated offering expenditures.

The funds raised through the proposed offering would support the company for meeting the expenses related to the clinical development of its clinical candidates as well as fulfilling working capital requirements. Also, ThinkEquity, would represent the underwriters during the offering.

IMC also notified that it would be a participant in an investor webinar and Q&A session, taking place on 18 July 2019, at 10: 30 AM EST (US time), which is being held by RedChip Companies.

On 16 July 2019, the company announced its sales results for the FY2019 period which ended on 30 June 2019 for its commercially available products.

In North America, the revenue during FY2019 period noted an increase of 52% and reached to $1.16 million. In the US, the sales of Travelan® surpassed the A$1 million and rose by more than 32% to A$1.02 million as compared to the previous corresponding period (pcp). In the month of May 2019, the company made a record USA Travelan® sales worth A$182,000. Besides, the international sales for Immuron in the FY2019 period increased by more than 29% on pcp to A$2.6 million. 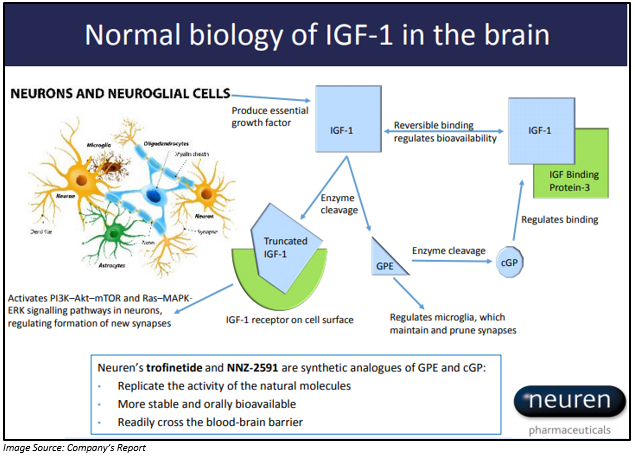 On 16 July 2019, the company announced that it received final payment from Lanstead Capital. With this, the Sharing Agreement signed between Neuren and Lanstead Capital as a part of Neuren’s capital raise in June 2017 has now come to an end. Previously, on 29 June 2017, NEU had notified that it had received funding, which would allow it to begin a few important activities related to Phase 3 trial in Rett syndrome. As notified by the company on 16 July 2019, the aggregate amount received from Lanstead Capital for the entire course of the funding arrangement stood at $12.2 million, which is in excess of the original commitment of $10 million.

Stemcell United Limited (ASX: SCU) is a biotechnology company belonging to the healthcare sector. The company focuses on growth, reproduction, culture as well as extraction of stem cells that are used for medicinal, health and beauty applications using its proprietary technology.

On 15 July 2019, the company announced that it has entered into a memorandum of understanding (MOU) with the University of Malaya, Malaysia (UM) on establishing collaborative research.

Under the MOU, both the parties would support in sharing the knowledge and expertise via the exchange of student, academic as well as administrative staff. They would also be organizing joint research tasks. MOU also allows both the parties to exchange publications, reports and other academic materials along with the information and sharing of other activities. MOU would further enable sharing of other activities and programmes in the regions of the joint benefit. The University of Malaya is one of the oldest and highest-ranking institutes of higher education in Malaysia.

On 2 July 2019, the company announced the appointment of a new advisor, Mr Theng Dar Teng who would be advising the company on matters that are related to business development in the Asia Pacific as well as Middle East regions.

CLICK HERE FOR YOUR FREE REPORT!
Tags:
Healthcare ASX: NEU ASX: SCU ASX: IMC ASX: 1AD
All pictures are copyright to their respective owner(s).Kalkinemedia.com does not claim ownership of any of the pictures displayed on this website unless stated otherwise. Some of the images used on this website are taken from the web and are believed to be in public domain. We have used reasonable efforts to accredit the source (public domain/CC0 status) to where it was found and indicated it below the image.