Prescient recently provided an update on encouraging results from its Phase 1b study with PTX-200 in patients with acute myeloid leukemia (AML), unveiling total eradication of disease in three of 15 patients in a notoriously difficult to treat cancer. Following the news on 27 November 2019, PTX shares soared by 100% amid heavy volumes, it finally settled the day’s trade at $0.100, up by 33% and created excitement among the market enthusiasts.

The Phase 1b trial is being conducted at prestigious cancer institutes in the US; H. Lee Moffitt Cancer Center (Moffitt) situated in Florida, in association with University of Kansas Medical Center, Kansas and Yale Cancer Center in New Haven, Connecticut (Yale), led by world-renowned leukemia expert Professor Jeffrey Lancet.

In this study a total 15 relapsed, or refractory AML patients were being treated with Prescient’s novel drug PTX-200. The study showed that 3 of total 15 relapsed or refractory AML patients demonstrated complete responses, meaning 100 per cent eradication of cancer, in a hard to treat cancer population. These three patients received between 25-35 mg/m2 PTX-200, in combination with 200-400 mg/m2 chemotherapy agent cytarabine.

Expansion of AML study with amendment in protocol

Prescient is undergoing discussion with the study investigators for making a protocol amendment in order to modify the dosing schedule of PTX-200 regarding the administration of chemotherapy agent cytarabine dosage, with an aim to minimise overlapping drug interactions.

The company further informed that no such side effects were seen in the previous Phase 1b study, indicating that the side effects observed in the present study could be a result of overlapping interaction of cytarabine and PTX-200.

It was further informed that in general, most patients undergoing treatment on the study by group have demonstrated tolerance to planned dose levels while an increase in transaminase was observed in three patients, though only one was dose limiting.

The revised protocol will go through the customary FDA and ethics committee reviews and the Company is expecting to re-start the enrollment in early 2020.

Novel Mode of action of PTX-200

PTX-200 (triciribine phosphate monohydrate) is an effective small molecule, positioned as a novel PH domain inhibitor that inhibits a vital tumor survival pathway known as Akt having a significant role in the progression of a range of cancers, including breast and ovarian cancer, as well as leukemia.

Other existing Akt inhibiting drug candidates are non-specific kinase inhibitors and have toxicity problems, PTX-200 differs from these drugs by incorporating its novel mode of action that exclusively inhibits Akt and being relatively safer while also conferring resistance to many therapies. 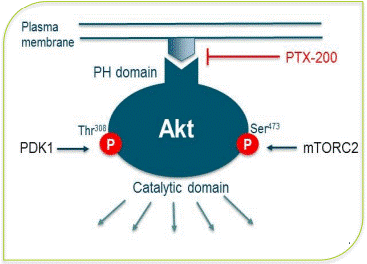 Prescient’s success is marked by the significant support received from the government as US FDA has granted PTX-200 an Orphan Drug Designation. The company explained that the occurrence of AML has risen to a significant level in the United States alone, however treatment has hardly been improved in last forty years, making it an area of high interest for investors and clinicians. 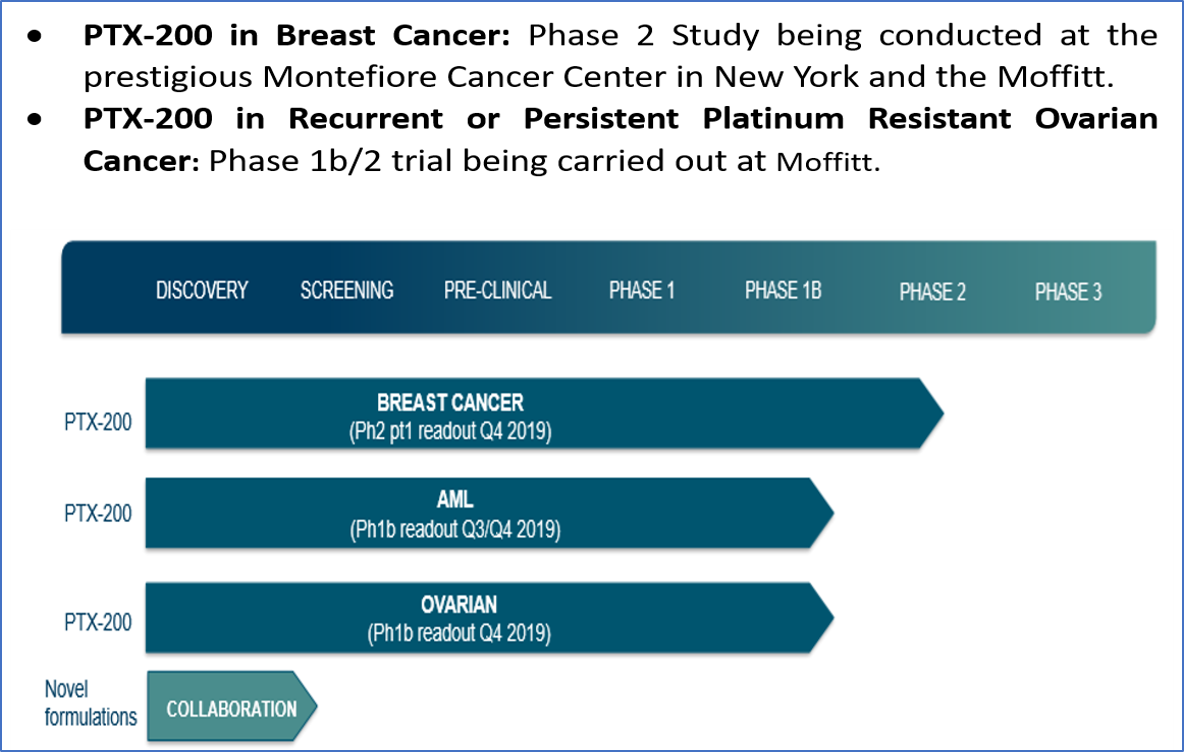 To stay updated with PTX company activities and announcements, please update your details on their investor centre.