Origin Energy Joins the Cause of Reducing Carbon Footprints

The Australian miners and explorers are narrowing down their focus on reducing the carbon footprints in line with Accord de Paris. While BHP Group Limited (ASX: BHP) had adopted measures to bring down the Scope 3 (or the value chain) emissions, Rio Tinto (ASX: RIO) also signed an MoU to curb down the value emissions, which represented the Australian minersâ stance to contribute towards the global drive of reducing the carbon emission.

The consortium of nations reached a landmark agreement in 2016 to accelerate the actions and investments needed for a sustainable low-carbon future with a vision of tackling the climate change, which was then later adopted across the globe as Accord de Paris (Paris agreement) or Euro-6 standards.

The agreement reached by the consortium aimed to ignite the global response towards the changing climate by keeping the global average temperature rise this century below 2o Celsius above the pre-industrial levels and limiting the temperature increase below 1.5o Celsius.

Later, the United Nations Framework Convention on Climate Change (or UNFCCC) invited the Intergovernmental Panel on Climate Change (or IPCC) on behalf of the signatory nations to assess the impacts of global warming of 1.5o Celsius above the pre-industrial levels and associated GHG (or greenhouse gas) emission.

The report published by the IPCC called for an urgent need of actions across all the levels (national, city, industry, firm, and individual) to counter the climate challenges ahead.

The key messages delivered by the report are stated below:

Australia- a significant producer of natural resources, is already facing the dire impacts of global warming and the nation is witnessing a rise in ocean temperatures by around 1o Celsius since 1910 with increasing emission. The impact of the rise in the ocean temperatures could be seen with increased frequency of extreme heat cases, the falling rate of rainfall, severe droughts, increased events of extreme fire, etc.

Origin is structuring its generation portfolio to sustain in the low-carbon environment with a focus on the growth in generation from renewables and via incorporating gas and storage in the generation process. The company also endorsed an independent science-based emissions reduction target. 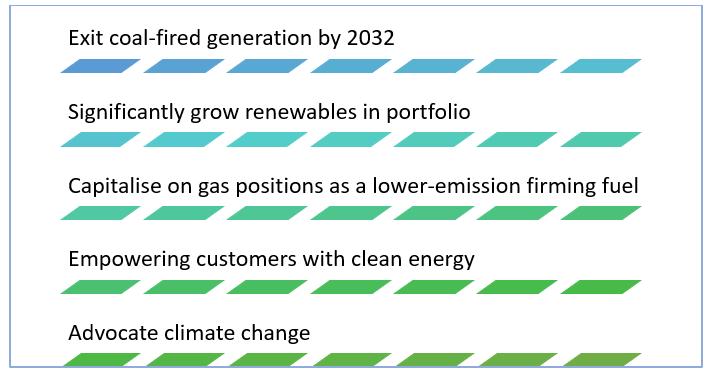 The company invested over $800 million in renewable technologies and options, which include solar, geothermal and hydro, since 2000. To ensure convenient, seamless and secure energy solutions of the future for the customers, ORG invested an additional $50 million.

Origin is looking forward to integrating the risk and opportunities of climate change in the business strategy and portfolio decisions, and the company runs climate change assessment modules to decide the future investment and strategy.

By 2020, the company is targeting renewables and storage to account for over 25 per cent of the owned and contracted generation capacity, as compared to the present share of 19 per cent and 15 per cent in 2017.

Switching from Coal to Gas

ORG believes that substituting coal with natural gas for energy generation could benefit the company in the 2o Celsius assessment scenario. 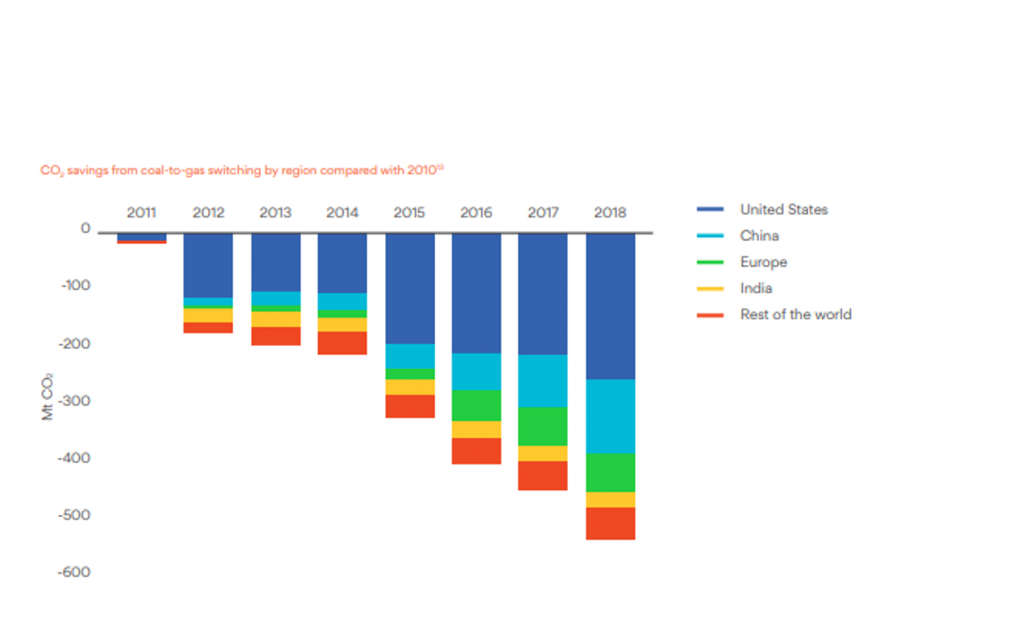 The companyâs integrated gas business includes 37.5 per cent ownership and upstream operatorship of APLNG, which secured a bumper sale in FY2019.

APLNG sells the gas to customers in various nations such as China, Japan, Australia, etc., and the switching of coal by gas at APLNG could play an important role in limiting the growth in carbon emissions.

However, the Australian electricity market has benefited from the vast low-cost coal resources by generating energy through coal-fired stations. Which would make it tough to replace the low-cost coal supply for energy generation on a large scale with high-cost natural gas in Australia marred by low supply.

In FY2019, coal-fired energy generation stood at 74 per cent of the total electricity generated in the National Electricity Market (or NEM), and apart from replacing the coal with natural gas, replacing Australiaâs coal fleet with renewable generation backed by the battery and hydro storage is also uneconomic as per the prevailing scenario.

However, gas can still play a crucial part to meet the low emissions energy requirements and could ensure reliable capacity in a cost-effective manner by integrating intermittent renewable technologies into the electricity generation grid for the energy hungry- Australia.

To conclude, the changing climate problems call for various nations to gather and take stringent actions to restore the balance. Australia is facing significant problems because of climate change, and individual firms in Australia are taking a step ahead to play a part in carbon and GHG emissions.

While, giant miners such as Rio and BHP had adopted certain measure to curb down the scope 3 emissions, the electricity player- ORG is also supporting the cause and taking measures to reduce the carbon footprints.