An independent oil and gas exploration company, Invictus Energy Limited (ASX: IVZ) is one of the first movers in the highly prospective portion of the Cabora Bassa Basin in northern Zimbabwe â considered as one of the largest under-explored interior rift basins in Africa. The upstream E&P company eyes sub-Saharan Africaâs high impact energy resources and is headquartered in Perth with offices in Harare. 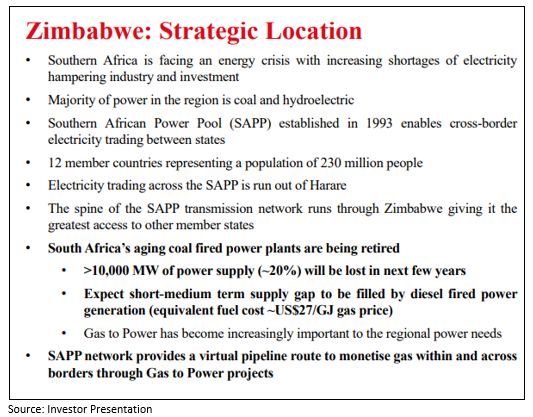 The Project is believed to contain a seismically defined, potentially the largest undrilled structure in Africa (onshore). It was previously explored by Mobil Oil in the early 1990s (the prospect is defined by seismic, gravity, aeromagnetic and geochemical data). The Company aims to accomplish a high-impact work program with low-cost to develop the prospect to a drill ready level.

2019 marked a year of significant progress in the development of the Cabora Bassa Project, while the Company delivered on several of its strategic goals during the year. The majority of IVZâs focus and activities in FY19 consisted of the technical work program of the Cabora Bassa Basin petroleum system understanding and de-risking the project.

Let us browse through IVZâs developments through the year-

During 2019, the Company reprocessed the entire gravity and magnetic dataset covering the whole of Zimbabwe. Consequently, this confirmed the basin extent along with the intra basin structural highs. New mineral deposits were identified, encouraging other investors into Zimbabwe. Geological Survey of Zimbabwe shared this data, at no cost, with the broader community and the public.

Considerable uplift and improved imaging with seismic reprocessing and remapping

The Company transcribed field tapes and reprocessed all seismic data in the basin â 650 line kms of seismic acquired in 1900s. The result of this reprocessing depicted a significant uplift and enhanced imaging, improving the overall insight of the prospectivity. IVZ notified that there are stacked basin margin plays, oil rich than the likely gas dominated basin centre, paving ways to opportunities (incl. and around the Mzarabani Prospect).

During the year, the vital Environmental Impact Assessment (EIA) was initiated, with the stakeholders acquainting themselves to the issues on the ground and conducting a baseline survey prior to ground operations.

In the September quarter, IVZ was granted a green signal for the EIA and began an EIA survey at the Project site. Subsequent to the end of the quarter, the EIA field work, studies and consultations were completed, and the full EIA report was being compiled. Itâs conclusion and consent is likely to conform to the necessary environmental approvals for future exploration drilling and further development of resources.

On the work expansion front, the Company opened up its county office in Harare and hired a local staff member to support and communicate efforts on the ground (drilling of water wells to provide safe potable water to the local villages in the licence area, the oil industry communication, and what it brings to a country as the last operator left in 1993, over 25 years ago). Besides, IVZ has been engaging stakeholders in country on the work efforts to date.

IVZ signed an MoU with Sable Chemical Industries (the only producer of agriculture grade N2H4O3 fertiliser in Zimbabwe) to supply up to 26 Bcf of gas per annum for 20 years. This represents approximately 5% of the likely volumes in the Invictus Energy acreage. Further discussions continue to tap other markets ahead of the planned drill campaign. This MoU proves that IVZ has successfully tapped options for monetising oil/gas discovery.

IVZ recently strengthened the Board with the appointment of Dr Stuart Lake as Non-Executive Chairman, which is deemed to be a great endorsement of IVZâs quality and asset potential. Dr Stuart has an outstanding track record of finding oil and gas globally, and his expertise will be paramount for the Companyâs overall success.

In the September 2019 quarter, IVZ made significant progress in the Project, with Total Prospective Resource of 9.25 Tcf + 294 Mn barrels of conventional gas- condensate across SG 4571 in Msasa and Mzarabani prospects. The farm out process for Cabora Bassa Project began and EIA Prospectus & Commencement of Survey was approved. The Company was successful in completing the work program obligations for the first exploration period.

Moreover, IVZ received binding commitments for a Placement to raise $1.5 million (before costs) by issuing 57.69 million shares at an issue price of $0.026 which represents a 13.3% discount to the 10-day VWAP. The funds of the Placement would be used to progress the Cabora Bassa gas-condensate asset.

At the Africa Oil Week presentation (on 6 November 2019), the Company intimated about the farm-out process in progress to select partner to participate in high impact basin opening well. Significant interest was shown, with IVZ seeking to develop potential regional markets in addition to significant local natural gas demand in Zimbabwe.

Recently, on 21 November 2019, the Company received the geochemical analysis results from its recent outcrop source rock field sampling program carried out in July 2019. A total of 19 samples were obtained for source rock analysis, with 7 of these samples undergoing saturate/aromatic (SARA), biomarker and isotope analysis, which confirms at least two source rock facies are present in the Cabora Bassa Basin, the Mkanga Formation (Permian age) and the Angwa Alternations Member (Triassic age).

Three new extract samples from the Permian aged Mkanga subset contain generated hydrocarbons with parameters that correlate to 2 active oil seeps in the Mid Zambezi basin to the south west. 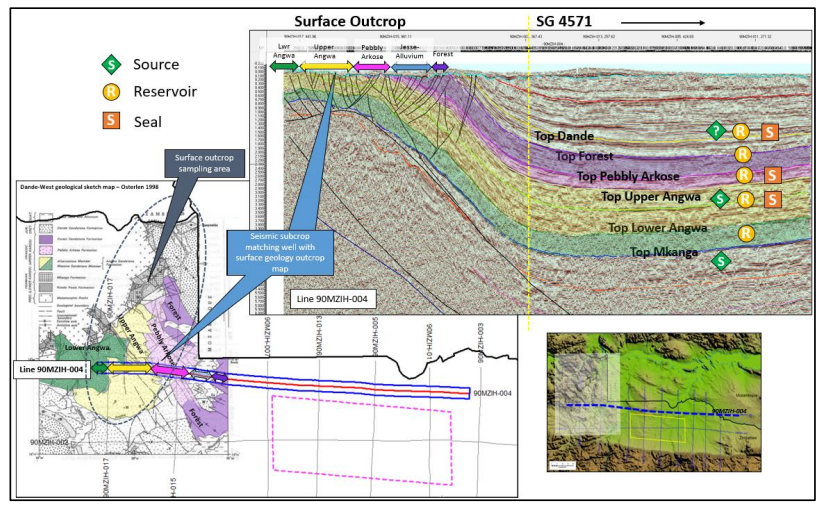 Given the progress made at the Project, it is safe to say that FY20 will be incredibly important for Invictus and its shareholders, as the Company further progresses Project via farm out and commences preparations for drilling.