The business diversification of Woodside Petroleum Limited (ASX: WPL) through an oil project in Senegal, West Africa, is now shackled as the project funding is hampered by an arbitration proceedings initiated by JV partner- FAR Limited (ASX: FAR), which in turn, could mark a dethronement of the Australian oil mammoth from the venture.

WPL decided to launch a pilot for a new method of contracting for goods and services in Senegal, which marked a ground-breaking procurement initiative, and the company launched a tender opportunity through a procurement portal called African Partner Pool (APP).

The Partner Pool was operated by a, not for profit organisation- Invest in Africa (IIA), which aimed to help the small and medium African enterprises to engage in the oil and gas industry.

The IIAâs establishment in Senegal provided WPL with an opportunity to enhance the local content opportunities for the SNE Field, which positioned to become the first offshore oil development. WPL holds 35 per cent interest in the project which targeted first oil production in 2022. 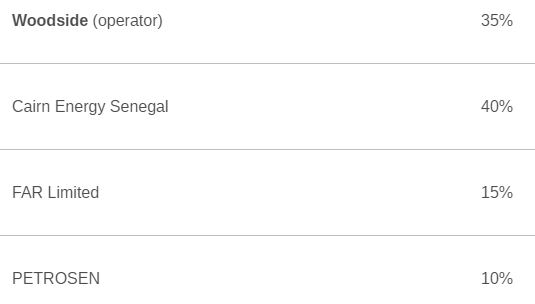 In 2016, WPL entered into a binding and Sale Agreement with ConocoPhillips to acquire all the interest of ConocoPhillips in Senegal at a price consideration of US$350 million along with a completion adjustment of approx. US$80 million (US$430 million).

Under the terms, WPL acquired 100 per cent of the shares in ConocoPhillips Senegal B.V. which holds a 35 per cent interest working interest in the three offshore exploration blocks namely Rufisque Offshore, Sangomar Offshore, and Sangomar Deep Offshore, and is the wholly-owned subsidiary of New York Stock Exchange-listed ConocoPhillips.

ConocoPhillips controlled the 35 per cent working interest in these three offshores through a Production Sharing Contract with the Government of Senegal, and the contract included the SNE and FAN deep water oil discoveries.

Post the acquisition of the working interest; FAR Limited mentioned that it does not support the arrangements for WPL to undertake the development works as Development Lead of the SNE Field.

FAR mentioned that the transfer of an interest in the three offshore blocks, namely Rufisque Offshore, Sangomar Offshore, and Sangomar Deep Offshore, is not approved by the Government of Senegal and FAR also claimed that the company was not provided with the proper pre-emption rights.

In June 2017, WPL received the Ministerial Order from the Republic of Senegalâs of Energy and the Development of Renewable Energy, which further confirmed WPLâs participation in the three offshore blocks.

However, FAR requested the International Chamber of Commerce to initiate an arbitration proceeding concerning the asserted right to pre-empt the sale of ConocoPhillipsâ interest in the JV to Woodside.

In the status quo, the opaqueness over who controls the interest is making it difficult to finance the project, and the first stage of the arbitration process starts on 8th July 2019 in Paris.

If WPL, losses the proceedings against FAR, it could dethrone WPL from being the Development Lead, which in turn, could further mark an ouster of the Australian major from the Senegal Joint Venture.

While the mammoth is in dispute, the junior explorers on ASX are progressing on their prospects with development. One such junior explorer and energy player- Invictus Energy Limited (ASX: IVZ), announced the findings of an estimate report on its Cabora Bassa Project.

An independent geoscience and geospatial products and services provider- Getech Group plc estimated the substantial resource potential of the Cabora Bassa Project, which is in the 80 per cent owned and operated SG 4571 permit of the company in Zimbabwe.

The Gross Unrisked Estimated Prospective Resources complied by the Getech Group plc (as on 26th June 2019) are as: 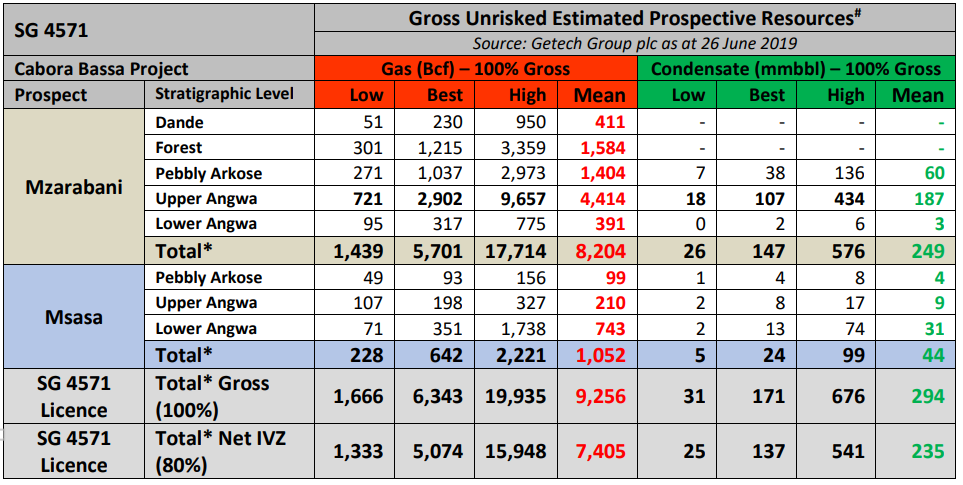 On the upgrade, the current Managing Director of the company mentioned, that the Mzarabani Prospect inched up in its scale and now represents one of the largest exploration targets globally.

The net mean recoverable conventional potential of the prospect stands at 1.3 billion barrels of oil equivalent, which in turn, consists of 6.5 trillion cubic feet and 200 million barrels of condensate.

ENVOI and the Farmout Process:

To progress with the discovery further, IVZ appointed ENVOI- a UK based Acquisition and Divestiture adviser to run the farmout process for the permit SG 4571. The company further mentioned that it received substantial industry interest and is currently executing confidentiality agreements with several parties.

IVZ engaged SIRDC (Scientific and Industrial Research and Development Centre) to conduct the EIA at SG 4571, with an aim to ensure all prerequisite for drilling permits get completed ahead of schedule.

The prospect hosts a multi-TCF and liquid rich conventional gas-condensate target- Mzarabani, which as per the company, is potentially the largest undrilled and seismically defined structure. In 1990s Mobil acquired robust dataset for the Mzarabani prospect, which includes seismic and other pivotal datasets of the prospect.

The geology of the Cabora Bassa Basin host Palaeozoic glacial deposits, and the primary target of the Mzarabani- the upper Angwa was deposited during the Early Triassic.

The shares of the company closed at A$0.041 on ASX today, down by 10.87 per cent as compared to its previous close.