Today, on 17th May 2019, Gulf Manganese Corporation Limited (ASX: GMC) announced that it has received strong support for the placement of new shares in the company to the sophisticated investors. The placement terms involve GMC’s commitments to raise $3.25 Million (before costs) through a placement of new shares utilising its placement capacity under Listing Rules 7.1 and 7.1A. The total number of shares to be issued under the placement is 650,000,00 (390,831,747 under 7.1 and 259,168,253 under 7.1A). The issue price is $0.005, which represents a 24% discount to the 15 days VWAP, which was $0.00658. The placement shares will be allotted by 23rd May 2019, with the commencement of trading of the new shares on the ASX the next day. The placement process was facilitated by Triple C Consulting stockbrokers based in Perth. The funds raised will be utilised for working capital purposes.

Additionally, the company has agreed to place 45,000,000 shares at an issue price of $0.007 to Acuity Capital for a total raise of $0.32 million (shares were issued under Listing Rule 7.1A). The placement is made in accordance with the Controlled Placement Agreement (“CPA”) with Acuity Capital announced on 31st January 2018. The issue price of $0.007, represents a 6% premium to the 15 days VWAP.

Mr Hamish Bohannan, Managing Director of Gulf Manganese, stated that the company is thankful of all the shareholders who participated in the placement and the strong support for the capital raise is a testament to the world-class nature of the Kupang Smelter Project.

In a previous update, GMC announced that its Indonesian subsidiary PT Gulf Mangan Grup has received final ratification from the Ministry of Energy and Mineral Resources for its Direct Shipping Ore Licence, which is in high demand due to its high manganese content and low impurities. With this license, the company can export up to 103,162 tonnes of high-grade manganese ore per year. 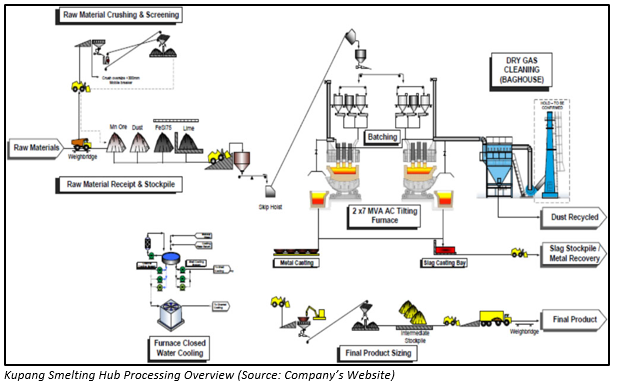 In its quarterly activities report ended March 31, 2019, GMC highlighted about its Kupang Smelting Hub Project which focuses on developing a ferromanganese smelting business in West Timor, Indonesia, with its business partner PT JGI, to produce and sell low carbon ferromanganese alloy. GMC will own 74.9% of PT Gulf Mangan Group with PT JGI owning 25.1% of PT GMG. The project is expected to comprise of at least eight furnaces built in stages over five years and will target production of premium quality of 78% manganese alloy. As per its cash flow from operating activities, cost incurred in development, staff, and administration was reported at $517K, $550K, and $480K in the March quarter. The cash and cash equivalents were reported at $428K for the March quarter. 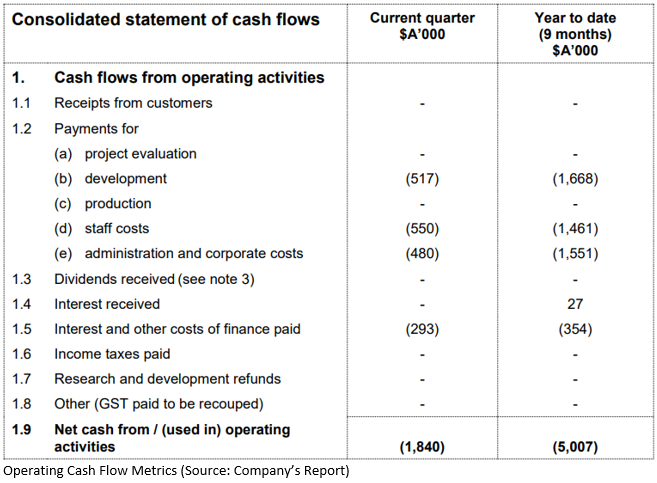