E2 Metals Limited (ASX: E2M) is a company from the metal and the mining sector that focuses on the making gold as well as silver discoveries in the world class Santa Cruz province, southern Argentina.

On 15 May 2019, E2 Metals Limited released a presentation on ASX which it presented in Latin America Down Under Conference highlighting an update on various projects.

The company highlighted on the key value drivers, and they are:

Further, in the presentation, the company highlighted that under Santa Cruz Gold Projects, it holds 80% interest in a large 90,000 hectare holding in the Deseado Massif gold & silver province.

Letâs take a look at the current & historical reserves of the Santa Cruz Gold Projects. 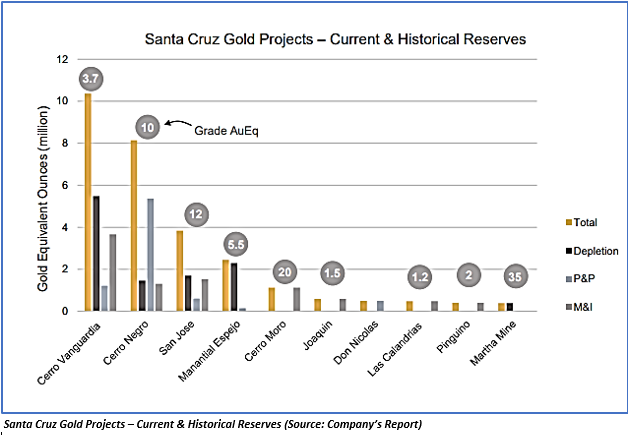 At Conserrat Project which is along the trend from AngloGoldâs Cerro Vanguardia, drilling is planned for the second half of 2019. Conserrat Project is a continuation of a world-class epithermal vein field with 8.9Moz of gold and 137Moz of silver at nearby Cerro Vanguardia. The company has the first mover opportunity in the mature mining district. The Conserrat Project has a 4kms of untested veins. At present, the work is prioritized at high grade Veta Blanca prospect.

The presentation highlighted the new surface discovery, at its Veta Blanca prospect, with the high-grade gold & silver veins with no previous drillings up to 7.46 gpt of gold and 7510 gpt of silver in surface rock samples. 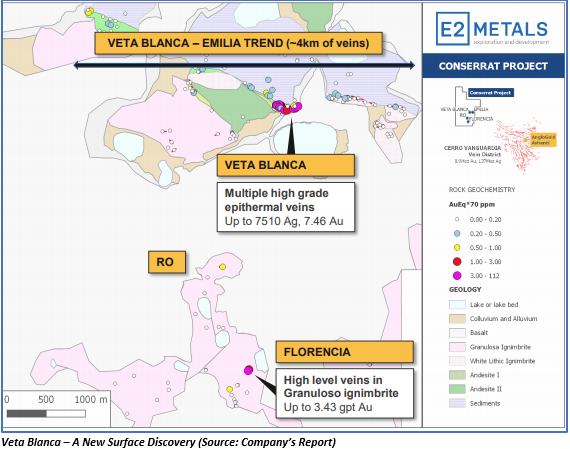 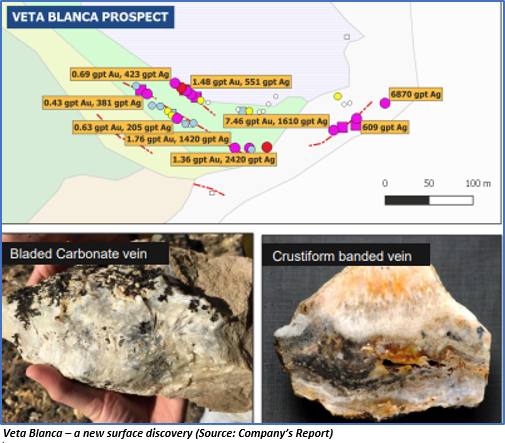 Sierra Morena lies next to Pan American Silverâs COSE development project. The initial drilling program is completed by the company in April 2019 and the results are pending. Sierra Morena has several kilometres of untested veins.

This region has multiple high priority targets and positive geochemistry. There are extensive arsenic LAG anomalies. There were 23 holes drilled at the site for ~1900 metres with the focus on outcropping veins at SM6. The drilling came across multiple vein intercepts and, the new prospect was identified in the Southern Project area.

Corona Project is similar to the world-class Cerro Negro mine of Newmont Goldcorp. This project is located in the prolific Rio Pinturas Fault Zone. Corona Norte Sinter target was prioritized because of the similar features to nearby Cerro Negro. At Cerro Negro, the multi-million-ounce vein resources lies beside the sinter deposits.

The company has plans for deep exploration at both Santa Cruz and Rio Negro provinces in the near term as the project progresses. In the recent ground magnetics and IP geophysical survey, Multiple targets were defined. The twelve months work program of the company is explained in the below image.