Amidst technological advancements and diversity boom in Australia, the metals and mining sector remains robust as ever, dominating the Australian business space and significantly contributing towards the countryâs GDP.

One such mining player which is garnering market excitement and catching the investorsâ eye is Anglo Australian Resources NL (ASX: AAR), a Perth-based explorer with interests in projects targeting gold and base metals, primarily copper and zinc, across Western Australia. 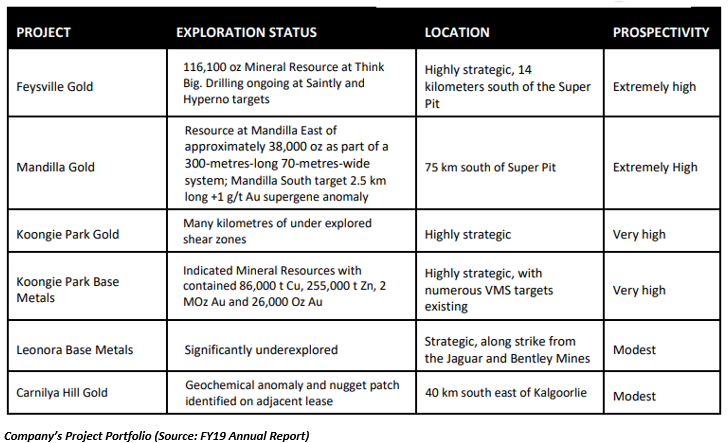 In this article, we will throw light at AARâs financial performance and the key activities that have progressed through the financial year 2019.

Perhaps, the most striking attribute of AARâs financial strength is its solid history of successful capital raisings to fund exploration, and the Board believes in its capabilities to continue the legacy.

During 2019, AAR successfully raised approximately $1.2 million through the issue of new shares to sophisticated investors and a further $200,000 through the exercise of options held by its Directors, which resulted in the decent cash holdings. For the year ended 30 June 2019, the company had cash and cash equivalents worth $0.45 million.

Further, $1.4 million was raised since year-end by way of a placement.

In addition, in its Corporate Presentation (September 2019), the company notified that it was fully funded to undertake all exploration activities.

There was no revenue for this year, however, the company continued with the business activities of exploration and evaluation of gold and base metals projects.

AARâs Executive Chairman and Acting MD Mr. John Jones pleasingly reported the significant progress made the during the year, particularly in respect of the Think Big Prospect, a part of the Feysville Gold Project, and the Mandilla Gold Project. Let us acquaint ourselves to the same:

It presents as an Indicated and Inferred Mineral Resource Estimate of 116,000 ounces of gold, with over 80% of the Resource categorised as Indicated. The Mineralisation at Think Big remains open at depth and a high-grade supergene enriched gold blanket of 20,1000 ounces has been notified at approximately 20 metres below the surface, whilst lower grade primary mineralisation is open along strike and at depth.

The Metallurgical test work depicted excellent recoveries achievable using conventional gold processing technology. A feasibility study (to assess mining) and processing options are currently underway while AAR awaits the grant of a Mining License. Think Big is believed to be in production by early next year. 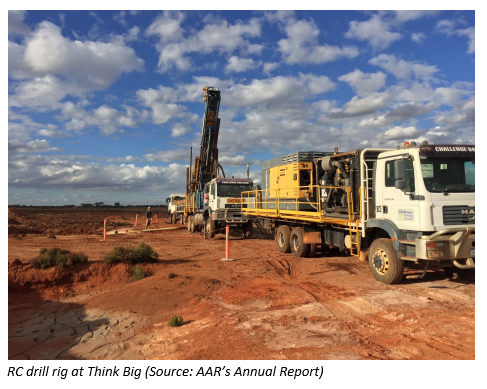 Anglo Australian sees the potential for bulk mining at Mandilla, though there's a lot more drilling to be done.

âThe Mandilla discovery is highly significantâ, says Mr Jones, adding that âWe've got one drill there working flat out and another one comingâ.

At Mandilla East- AAR has identified a steeply dipping gold mineralised envelope of seemingly good/ excellent gold grade, with a strike length of approximately 300 metres but open along strike in both directions and with an apparent width on a section of approximately 70 metres, potentially suitable for mining by way of the open pit.

At Mandilla South- AAR has identified wide intersections of mineralisation in the basement beneath a supergene enriched gold zone some 300 metres in strike length of a +5 g/t Au contour.

Both the Prospects are the subject of an ongoing reverse circulation drilling campaign.

A significant milestone for the company, AAR received Native Title clearance, which permitted drilling and other exploration activities to proceed. An inaugural RC campaign will be followed up by a second campaign in due course.

As AAR paves its path towards progress and growth, while keeping the interest of its shareholders at priority, it would be interesting to witness the unfolding of events (on the financial and operational front) in the coming times.