Producing almost 19 useful minerals in significant amounts, Australia has over 350 operating mines, and the mining activity occurs in all the Australian states. Adding flavor to the rich mining menu in the country is Perth-based exploration company, Anglo Australian Resources NL (ASX: AAR), which is best known for its wholly owned projects:

AAR has recently garnered positive investors’ sentiment, after receiving excellent results to- date from the RC drilling at Mandilla East, which was conducted using the new sampling and assaying technique. Let us acquaint ourselves with the details:

On 19 September 2019, Anglo Australian Resources notified that it had received a robust progress report at the Mandilla Gold Project in WA, on its current reverse circulation drilling campaign at the Mandilla East Prospect. Post a successful diamond drilling ‘proof of concept’ at Mandilla, AAR had recently commenced a new RC campaign in September, planned to encompass 31 holes for an average depth per hole of approximately 175 metres (23 at Mandilla East on 40 x 40 metre spacing and 8 at Mandilla South on 80 x 40 metre spacing). 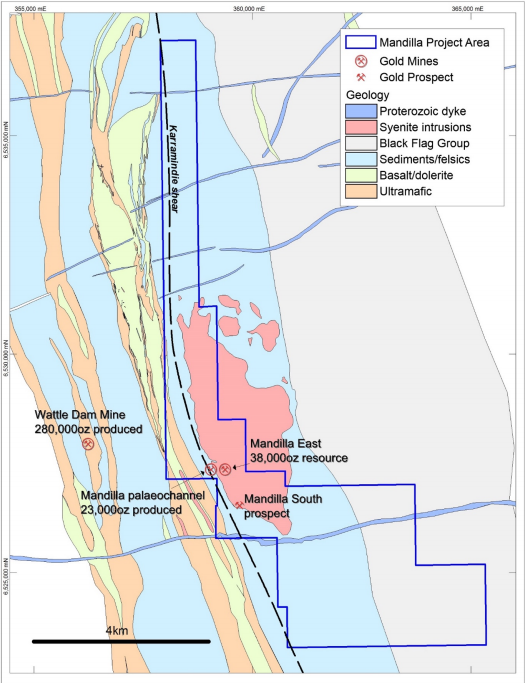 As on date, 20 holes have been completed at Mandilla East at an average depth per hole of 180 metres, which is significantly deeper than the previous drilling at the Prospect. One-metre intervals have been sampled, and assay results from 8 holes have been received based on the photon technique using 500-gram splits.

The key results are listed below, with those exceeding 100 grams time metres highlighted in blue: 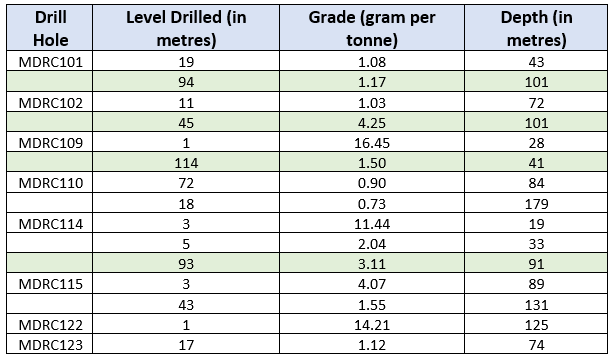 The results confirm a steeply west-dipping mineralised envelope of typically 70 metres width while mineralisation remains open along strike to the north-west for up to 500 metres, and open, albeit with lesser potential, to the south-east.

The company further notified the below: 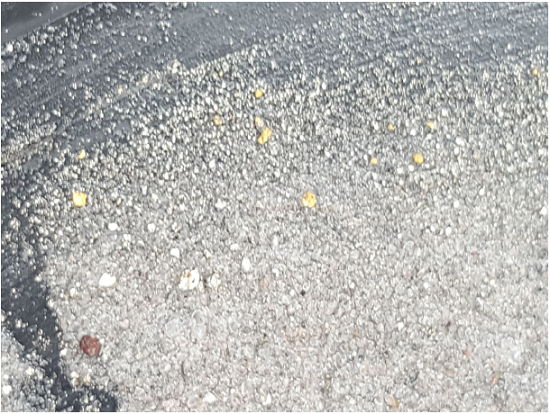 The Mandilla Gold Project is on the west margin of a porphyritic granitic intrusion, Mandilla Syenite, which has a syenite-monzonite composition, as per recent petrology. From 2006 to 2007, the company mined approximately 23,000 ounces of gold at a recovered grade of approximately 7.5 g/t Au from two shallow open pits at Mandilla West, targeting paleochannel gold deposits, the gold likely sourced from in-situ mineralized quartz vein deposits located nearby.

At Mandilla East, the company has previously identified a bedrock Inferred Resource, based on a low tonnage, high grade interpretation, of 357,000 tonnes at 3.3 g/t Au for approximately 38,000 contained ounces. The previous RC drilling upon which this Resource was based only penetrated from typically 20 to 60 metres into fresh rock and did not adequately define the depth extent of mineralisation at this location.

AAR has further decided to extend the current RC drilling campaign with an additional 10 holes, located to test for both north-west and south-east extensions of the Mandilla East mineralised trend, for an aggregate 1,500 metres. Moreover, the north-west extension would be tested for an additional 400 metres which, would increase the known gold mineralised strike length at Mandilla East to at least 800 metres, if successful.

Besides, AAR is planning to shortly commence (as soon as an appropriate drill rig becomes available) the drilling of 60 shallow RC holes for an aggregate 3,600 metres, targeting other gold mineralisation at Mandilla, to test the following: