A look into Baby Formula Stocks and their Revenue Streams- A2M, BAL, WHA

At present, there are various macro factors in the global consumer economy, which are changing historical purchase behaviour patterns and disrupting the traditional food industry. The growing awareness of health and wellness products, as well as the growing focus on food safety, has influenced the operations of many food industry participants. In the light of the above-mentioned scenario, let’s look at three Baby Formula stocks trading on ASX.

The a2 Milk Company (ASX: A2M) is a leading infant nutrition company which is having its trading activities in Australia, China, New Zealand, US, UK and various emerging markets in Asia. 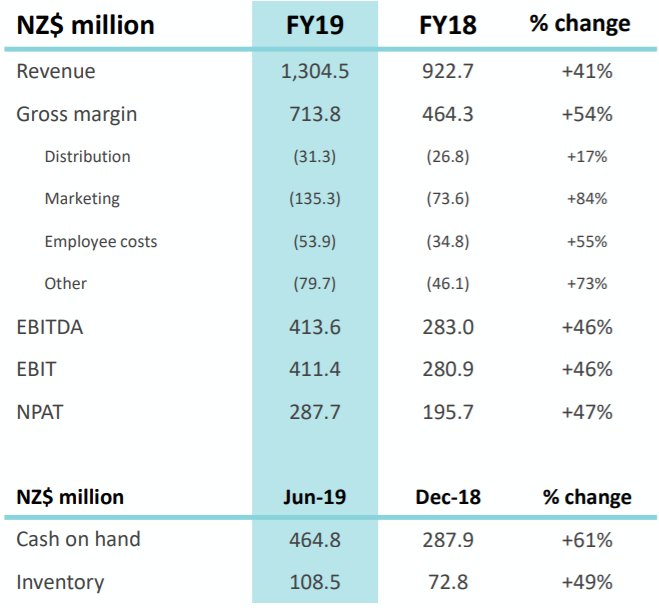 It is evident from the strong FY19 results that the company has sustained its strong growth in FY19. The FY19 results are reflecting the strength of the company’s brand, a highly disciplined focus on growth, and the talent and commitment of its people said the company chairman while releasing the results.

The continued growth of the company’s infant nutrition products was a strong contributor to the results with sales totalling around NZ$1.1 billion in FY19, up 46.9% on last year, driven by share gains in China and Australia.

The company also witnessed growth in its liquid milk businesses in FY19, particularly within Australia and the USA. The total fresh milk growth was 22.9% in FY19 with revenue of NZ$174.9 million across the group. During the year, the company increased the sales of its other nutritional milk products by 17.3%, resulting in total sales of NZ$65.8 million underpinned by new products launched towards the end of FY18 and in Q4FY19.

The company’s growth priorities are as follows:

To enable the successful delivery of these strategic priorities, the company has made significant investments In FY19. During the year, the company increased its investment in building brand value to increase the pace of brand awareness and trial in both the US and China. The company’s investment in marketing increased by 83.7% to NZ$135.3 million in FY19, primarily as a result of increases in advertising spend in China and the US.

In China, the company revenue increased by 73.6% to NZ$405.7 million while EBITDA grew by 52.4% to NZ$123.9 million. During the year, various important regulatory changes were introduced in China with respect to e-commerce and cross border trade in general, which resulted in some orders being pulled forward into the third quarter.

The company has experienced significant growth in recent years, driven predominately by the success of its liquid milk and infant formula businesses in Australia China and the US.

Exit of UK Liquid Milk Business- The company had started the UK liquid milk business in 2012. Since then, the company has evolved considerably, and the UK opportunity is not of sufficient scale when compared to the significant growth potential in Greater China and the US. Due to this, the company has decided to exit UK liquid milk operations during 1H20, to focus more on strengthening its position in its core regions.

Australia’s leading Infant nutrition company, Bellamy’s Australia Limited (ASX: BAL) is progressing to build out a tiered-product portfolio and penetrate the China offline channel. Recently, three of Bellamy’s branded formulation-series were approved by SAMR (State Administration for Market Regulation). These series will be produced at the ViPlus Dairy (ViPlus) facility in Toora and will target the premium segment of the offline channel and initially focus on Tier 3 and 4 cities.

In the first half of FY19, the company witnessed a decline of around 25% to A$127.7 million as compared to pcp, due to SAMR delay and reduced trade inventory. 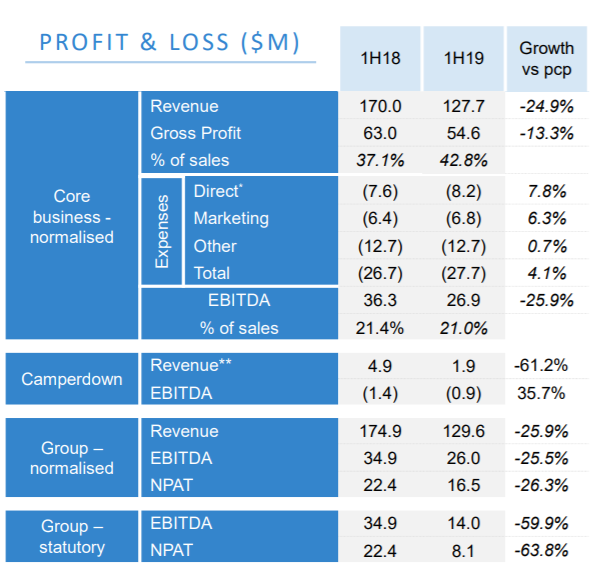 The company’s gross margin improved by 5.7% in H1FY19 as compared to pcp. At the end of half year period, the company had a cash balance of A$95 million.

Recently, Fort Canning Investments Pte Ltd became a substantial holder of the company by holding 7,871,732 ordinary shares of the company.

Wattle Health Australia Limited (ASX: WHA) is progressing to complete the 75% acquisition of Blend & Pack (B&P). At the recently held Extraordinary General Meeting (EGM), the shareholders greenlighted the acquisition and gave their approval.

The company believes that the acquisition of Blend and Pack is in line with its vertical integration strategy and also strengthens its position to sell product into China.

The company has also made a significant commitment in funding a dedicated organic spray drying facility at Corio Bay Geelong. The company’s partners in CBDG are Organic Dairy Farmers of Australia and Niche Dairy Pty Ltd (5%) owned by Andrew Grant.

The company is of the view that both Blend and Pack and CBDG will add significant value and additional revenue streams to the company. In parallel to this, the company is also executing a strategic marketing program for Uganic aimed at driving sales for the business.