Consumer staples sector has generated a modest return over the years and is known to be recession-proof because of the nature of the business. The business model is directly co-related to the growing population. During the recession, investors look for safe sectors along with good dividend yield stocks. We will be discussing four consumer stocks which have a healthy dividend payout ratio and aided by good stock performance in the recent past.

Freedom Foods Group Limited (ASX: FNP) is associated with processing and distribution of processed dairy- based and plant based nutritional products. The product segments of the company are cereal, snacks and seafood products. FNP sells its products across geographies like Australia, New Zealand, China, South East Asia and North America.

FY19 Financial Highlights: Freedom Foods Group Limited posted its yearly results for the period ended 30 June 2019 with revenue of $476.2 million, an increase of 34.9% y-o-y. Operating EBITDA came in at $55.2 million, higher by 40.9% from FY18.  During the year, FNP posted its FY19 statuary net profit after tax at $11.6 million, lower by 9% on y-o-y, negatively impacted due to the addition of abnormal and non-cash expenses.

Operating results: The operating performance was marked by moderate growth across all the branded segments, well supported by distribution channels. During the year the company formed a team in SE Asia and a result of which, sales growth from the above-mentioned geography came in at robust ~178.8%. Revenue from Australia was up 37.5% over prior corresponding period, adding $103.4m in sales growth aided by ~60.7% growth across dairy & organic segments. Grocery reported a robust growth of ~37.8% y-o-y, due to (NPD) and market share.  China revenue grew 37.3% at $67.4 million, driven by higher dairy volumes. One of the brands of FNP named Milklab posted tremendous response, delivering growth of 168.7%, contributing $21.9 million to the top line. Higher growth because of home channels and plant – based milk has seen increasing demand for coffee milk products. FNP launched pea protein milk in the domestic market, which turned out to be an instant hit.

The board announced an unfranked dividend of AUD 0.03250000 for each ordinary share held and is payable on 2 December 2019. The record date for the dividend is 4 November 2019. 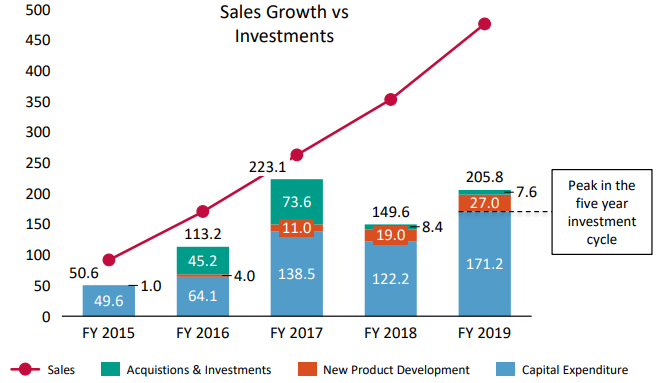 Outlook: FNP is targeting to produce more than 150 million litres during FY20. Its emphasizing on expanding footprints of dairy products and will focus on value-added protein-based consumer products during FY20. The management assumes Capital expenditures to be around $100 million in FY20 and FY21. The company will launch 2-litre formats of processed milk in FY20.

H1FY19 Financial and operating highlights: Coca-Cola Amatil posted H1FY19 total revenue at $ 2,427.2 million, up 5% on y-o-y while the bottom-line came at $168 million, rise 6.3% on H1FY18. Statutory earnings before interest and tax came in at $273.5 million, up 4.7% y-o-y. The New Zealand and FIJI segments saw a strong all-round performance like that in FY18. Alcohol and coffee products delivered-double digit growth and constituted 9% of group earnings.

The company announced an unfrank dividend of AUD 0.25000000 for each ordinary share held payable on 9 October 2019. The annualized dividend yield of CCL stood at 4.27%.

Outlook: The company’s capital expenditure for 2019 is likely to stand at $300 million. The management will focus on marketing strategies in Indonesia to navigate soft macro-economic conditions. Segments like New Zealand &Fiji, Papua New Guinea and Alcohol & Coffee are expected to grow as per earlier guidance given to shareholders. The management expects an EBIT loss of $12 million due to corporate and service expenses.

Treasury Wine Estates Limited (ASX : TWE) is a vertically integrated company that operates in growing and sourcing of grapes and manufacturing, marketing, and distribution of wine. The company operates across the markets of Australia, New Zealand, America and Europe. 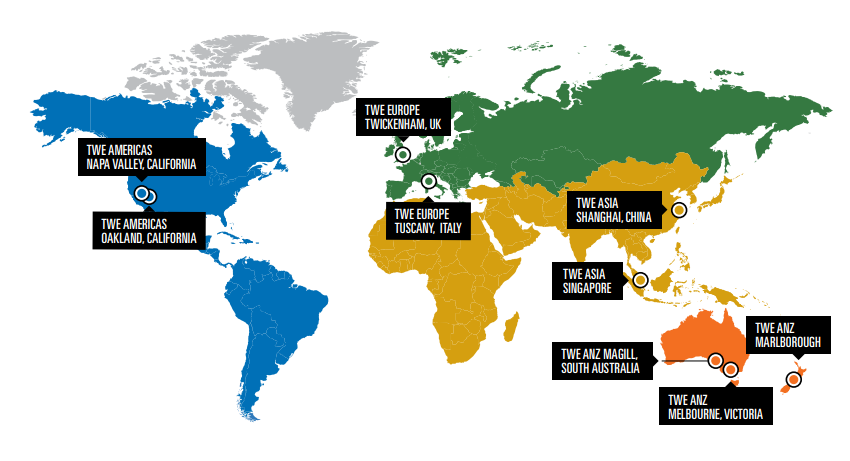 On 5 September 2019, TWE informed about the acquisition of 120 ordinary shares by one of the company’s directors, Michael Anthony Clarke at a price of $18.87 per share.

Dividend announcement: The board announced a fully franked dividend of AUD 0.2000 against each ordinary share held, payable on 4 October 2019. The annualized dividend yield of the stock stood at 2.01%.

Outlook: As per management guidance, the company would be posting ~15%-20% growth in EBIT during FY20. The company would look for investments in French manufacturing and vineyard assets and will increase its domestic luxury winemaking capacity. TWE will focus on optimization of business models across geographies of the US and Asia by emphasizing on distribution. The company will majorly look for premiumization of its products to create value addition.

With a market update on 4 September 2019, the company reported that one of the company’s directors named David Cheesewright had acquired 20,000 number of shares on 28 August 2019.

Recently, the company informed that one of its directors, Wendy Margaret Stops acquired Fully paid ordinary shares of 8090 units at a price of $13.555 per share.

Performance Highlights:  Group Sales of the company grew by ~3.1% at $35,001 million while group EBIT stood at $1,325 million, down 8.1% on y-o-y. The company reported core store sales growth of 1.2% due to falling tobacco sales offset by double-digit growth across food-to-go (FTG) categories. The FTG segment offers meals solution across its 93% stores. The company reported a total network of 714 sites at the end of FY19 with the new opening of six new sites and closing of three stores. Fuel volumes during the quarter declined by 13.7% y-o-y. During February 2019, the company tied up with Viva Energy and set the retail fuel rate. The company derives commission on the fuel volumes sold throughout the network.