In order to start a business, one needs financing which can be secured through various options such as traditional loans, micro loans, or borrowing funds from friends. When one seeks money from lenders, money needs to be repaid with the interest amount. However, when funding is secured from investors, they inject funds in exchange for ownership of part of the business. Investors can be a reliable source of funding for businesses as well as for sound business advice and strong business network.

With this backdrop, let us have a look at some factors that investors should consider before making investments.

Before investing in any stock, investors should do a complete screening of their own financial situation. The primary step is to figure out the goals and levels of risk tolerance. There is no guarantee that one can make a profit out of their investments; however, it can be achieved only with an effective intelligent plan. Thus, before making an investment decision, have a clear and honest look at your personal financial roadmap.

Smart investors always put sufficient money to cover an emergency like unemployment crisis. Investors should always keep a part of their earnings as an emergency fund. These funds can be used to bear the effect of mis happening or uncertainty.

PE ratio, dividend yield and past returns are some of the factors that investors consider before injecting their funds in stocks.

Let us have a look at their recent market updates.

Perth-based gold production and exploration company, Regis Resources Limited has operations in Africa and Australia. The company is scheduled to hold its annual general meeting on 26 November 2019, discussing financial report of RRL for the 12-month period ended 30 June 2019 and considering following resolutions.

On 25 October 2019, the company released its September quarterly activities report. Few highlights from the report are as follow: 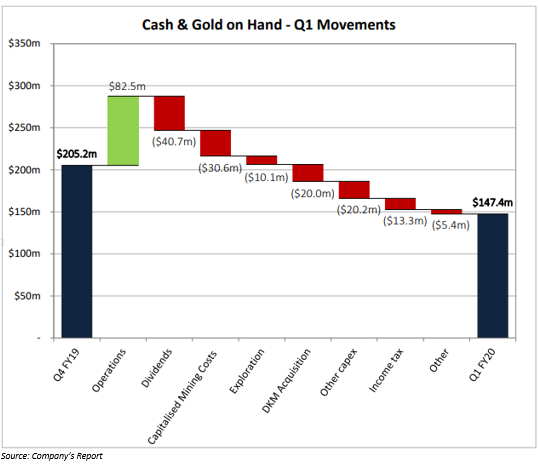 The company reported a significant lift in exploration during the September quarter, driven by the acquisition of a large strategic tenement holding in the Duketon Greenstone Belt. RRL also reported good progress of underground mine development at Rosemont decline and the first ore was achieved during the quarter. Additionally, the company lodged development application for McPhillamys along with the Environmental Impact Statement for appraisal and assessment by the Department of Planning, Industry and Environment in New South Wales.

Austal Limited is into shipbuilding operations. The company is engaged in designing, manufacturing and supporting vessels. Austal Limited has operations in the United States of America, Philippines and Australia. The company caters to the commercial and defence customers across the globe.

On 24 October 2019, the company announced to have secured a design and construction contract worth approx. $136 million for a new vessel. The new Auto Express 115 or 115-metre-high speed catamaran for Molslinjen of Denmark will be the largest ferry ever built by the company, in terms of volume. The company will start the construction work in 3Q20, while the vessel delivery is scheduled in 1Q22.

According to Chief Executive Officer, David Singleton, the new order from Molslinjen once again demonstrated the capability of the company to offer the best, advanced high-speed ferries with competitive cost and highest quality. In January 2019, the company had delivered the 109-metre-high-speed catamaran Express 4 to Molslinjen.

The company held its Annual General Meeting on 1 November 2019. Results of the meeting are as depicted in the figure below: 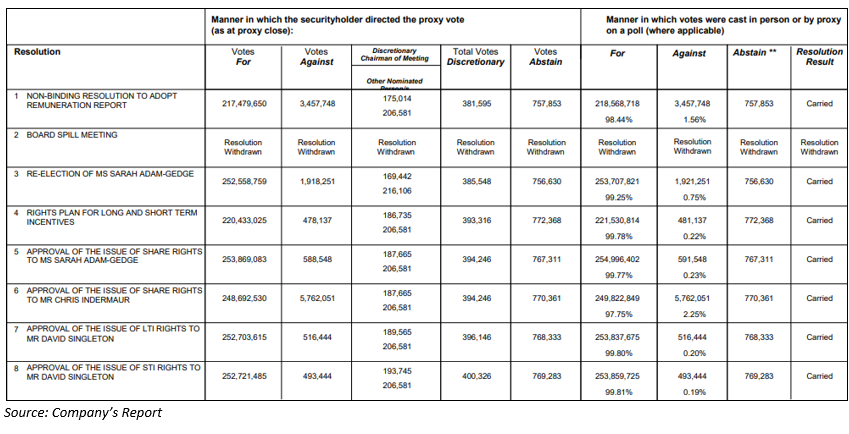 During the meeting, business priorities for 2020 were also unveiled including

The company’s performance during the financial year 2019 was also discussed. During the year ended 30 June 2019, the company reported