How to invest Profitably in consumer cyclical stocks?

We all know that investing involves buying the market stocks at a lower price and selling the same at higher prices. To Invest profitably one should consider the below mentioned points:

Wesfarmers Limited (ASX: WES) founded in 1914, is a provider of home improvement and outdoor living, apparel merchandise, office supplies. It has businesses in fertilisers, chemical, energy and safety products. The company has a shareholder base of ~490,000. WES is headquartered in Western Australia region and counted among one of the largest listed companies of the nation.

On 9 September 2019, WES notified on a briefing and operational site tour of the Wesfarmers Chemicals, Energy and Fertilisers business to take place on 3 October 2019 at 1:00 PM AEST.

On 5 September 2019, Wesfarmer’s notified that Kidman Resources Limited (ASX: KDR) stakeholders voted in favour of the Scheme or Scheme of Arrangement. Under the scheme, the company would procure 100 percent of the ordinary shares in KDR for a cash value of $1.90/share.

The company management appreciates Kidman for its strong support for the Scheme. Rob Scott, MD, WES commented, that the consent of KDR’s stakeholders was a significant landmark for WES’ proposed procurement and participation in the growth of Mt Holland Lithium Project.

Also, there are 94.65 percent votes (excluding abstentions) in favour of the Scheme, and 5.35% votes are against it. The Scheme is dependent on court’s approval at a hearing, scheduled for 12 September 2019.

On the back of the diversity and resilience of the portfolio, WES continue to be in a good position for an array of economic conditions. The group’s concentration would remain on consumers and on running businesses for the success during the long period of time value creation. Also, WES would keep building on its unique capabilities and platforms to take advantage of growth prospects of its running businesses, lately procured investments and so forth. 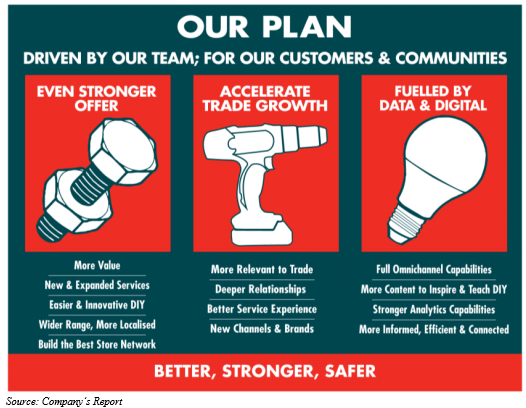 Amcor plc (ASX: AMC) is an international leader that develops and generates packing for food, beverage, personal care products, healthcare and so forth. Amcor constantly focuses on creating lighted weighted, biodegradable, and reusable substance for packaging. AMC has a presence in ~250 location in +40 countries. The company was previously known as Artic Jersey Limited and changed its name in October 2018 to Amcor plc.

On 4 September 2019, the company had announced the financial results for FY 2019, below are the snapshot of the results: 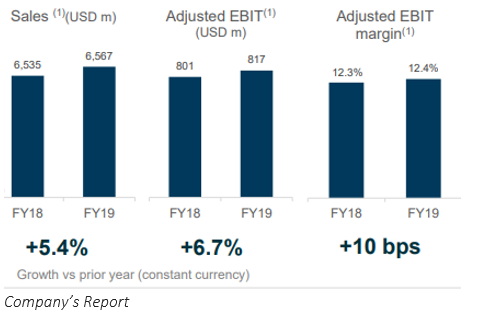 For the period closed 30 June this year, the dividend was declared of 12 cents to be paid by 8 October this year. 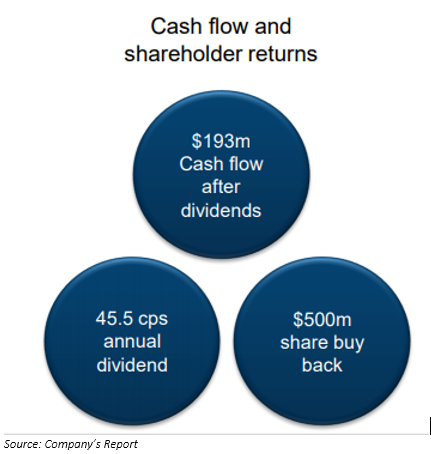 AMC anticipates long-term funding needs, to mainly relate to refinancing and servicing AMC’s outstanding financial liabilities to finance its growth capital expenses and payments for acquisitions that may be concluded. The company anticipates continuing funding its long-term business requisites on the same basis as done in the past. i.e. partly through cash flow provided by the operating activities that are available to the business and management of the capital of the business.

Coles Group Limited (ASX: COL) operates an Australian retailer company with ~2500 retail outlets in the country. COL is a full-service market retailer operating in more than 800 supermarkets. Coles Supermarkets, Coles Online, Coles Liquor & Coles financial service are some the segments of the company. 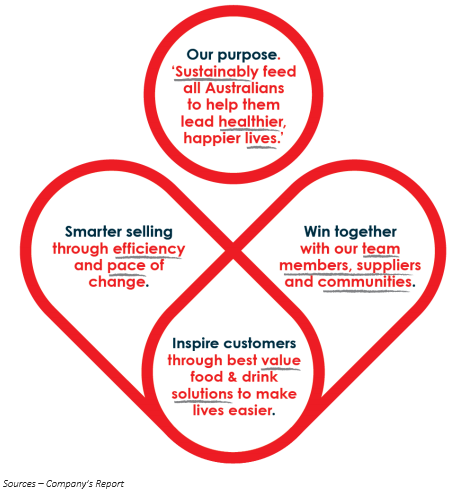 Also, on 4 September 2019, the company announced the change in one of the directors, David Cheesewright’s interest in the company. On 28 August 2019, the director acquired 20,000 ordinary fully paid shares at a consideration of $13.4412 average price/share.

Financial Summary for the year FY 2019: 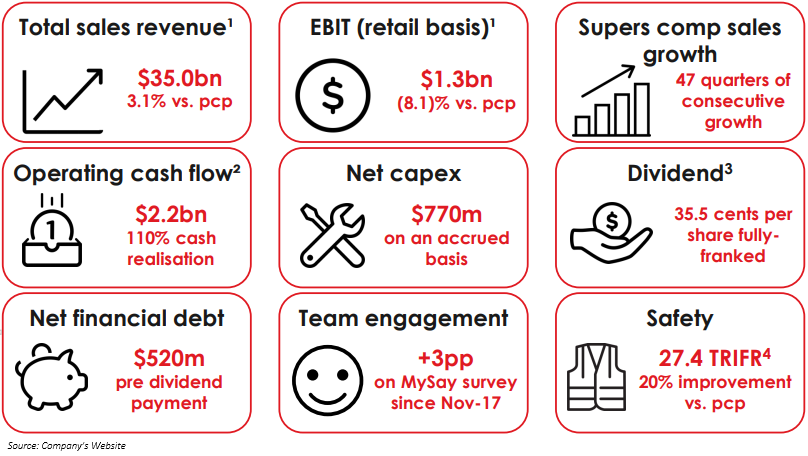 As per Q1 FY 2020 trading update, Little Shop 2 resonated with the consumers and is making solid engagement. The comparable sales growth in comparison to last year’s extremely successful Little Shop Campaign would be tough on the back of competitor activity in the market. The company’s growth in fuel volumes is impressive; however, some more time is required to build volumes to target levels and as a consequence, COL anticipates increase in earnings under the New Alliance Agreement to continue to be subdued in FY20 period.

The company’s smart selling initiatives in FY20 are expected to provide annualised benefits in surplus of ~$150 million.

CLICK HERE FOR YOUR FREE REPORT!
Tags:
ASX: AMC ASX: WES ASX: COL
All pictures are copyright to their respective owner(s).Kalkinemedia.com does not claim ownership of any of the pictures displayed on this website unless stated otherwise. Some of the images used on this website are taken from the web and are believed to be in public domain. We have used reasonable efforts to accredit the source (public domain/CC0 status) to where it was found and indicated it below the image.