Lithium-Tantalum producer, Pilbara Minerals Limited (ASX: PLS) is an ASX-listed metals & mining company poised to become one of the world’s biggest producers of lithium raw materials through the wholly-owned Pilgangoora Lithium-Tantalum Project by 2020. 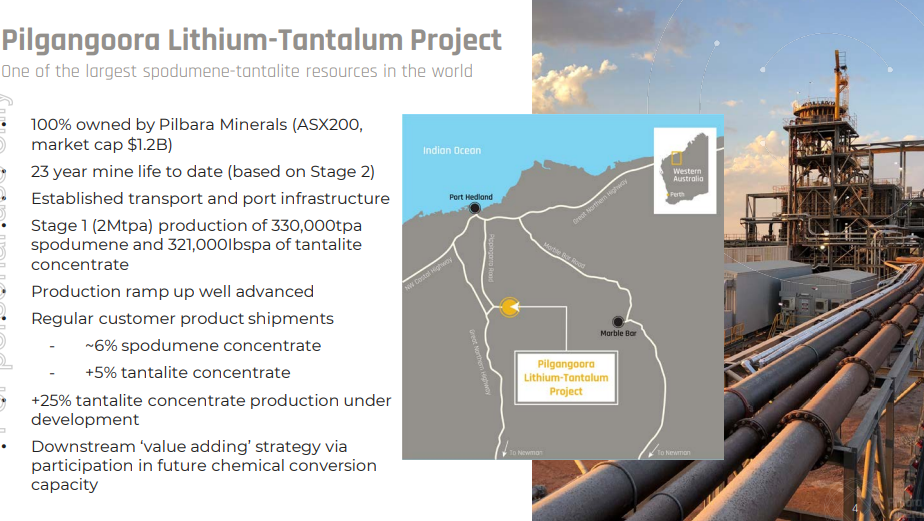 On 17 June 2019, Pilbara Minerals Limited provided an update related to wholly owned Pilgangoora Lithium-Tantalum Project in Western Australia on operations, productions and spodumene sales. As per the release, the continued concentration of PLS is on optimising production at the above-mentioned project. Also, a highest production of 22,375 dry metric tonnes of spodumene concentrate was realised in May this year.

Also, the company witnessed consistent month-on-month production growth in the year-to-date due to plant throughput, and utilisation was in line with expectations. Further, product recovery rates have been consistent with earlier results, and after the conclusion of works related to plant improvement and effective use of it have been advanced. Also, the company remains on track to attain design lithia recovery (approximately 75 percent) by the conclusion of CY.

Reportedly, spodumene concentrate production to be in the range of ~20-24kt (dmt basis) in June 2019, with a nominal 6-day planned shut-down for the concentrator and production performance thereafter. Also, the company has planned another shut-down of the concentrator in July for approximately two weeks to improve work, the rectification of defect RCR and draw-down of existing product stocks to meet ongoing sales requirements.

In accordance with the release, the delays in construction, commissioning and ramp-up of chemical conversion facilities handling spodumene concentrate supply has affected the current dynamics for the spodumene market in China. Also, the industry-wide condition is consistent with the Pilbara Minerals’ stage 1 offtake customer group (General Lithium and Ganfeng), which has taken longer than expected. The customer group was engaged with building of new facilities in the last 6 to 9 months.

The company mentioned that the delay from the off-take customer group also impacted the shipped tonnes, which were lower in the June quarter from the Pilgangoora Project and estimated to be in the range of 23-45kt shipped (dmt basis). Also, the remaining vessels from June are pending on departure dates. The present trading scenario for Lithium in China region, has prices of spodumene concentrate which has remained to soften and is presently in between ~US$600-640/dmt CFR China (SC6.0 basis).

During the June quarter, due diligence and negotiations continued for the proposed joint venture between Pilbara Minerals and POSCO regarding chemical conversion plant in South Korea. The due diligence on the planned 40kt LCE facility in Gwangyang, in South Korea region has been concluded. The company is expecting to complete the joint venture agreement and POSLX licensing agreement by the end of June, and joint venture terms are being finalised now. Reportedly, the consent of board and verdict related to final investment by both sides are anticipated in the upcoming September quarter.

Galaxy Resources Limited (ASX: GXY) is equipped with facilities related to lithium production, hard rock mines and such in Australia, Canada & Argentina regions and the stock of the company is a constituent of the Australian benchmark index S&P/ASX 200.

On 26 June 2019, Galaxy Resource Limited provided an update regarding Mt Cattlin Shipment guidance for Q2 2019. It was reported that two shipments totalling ~ 30,000 dry metric tonnes (dmt) were completed to date.

According to the release, the planned shipment of 15,000 dmt was planned to depart Esperance port prior to the end of Q2 has been delayed, and it would be shipped alongside the shipments planned for July 2019. Further, Galaxy is working with customers to finalise the shipping schedule for Q3 2019. 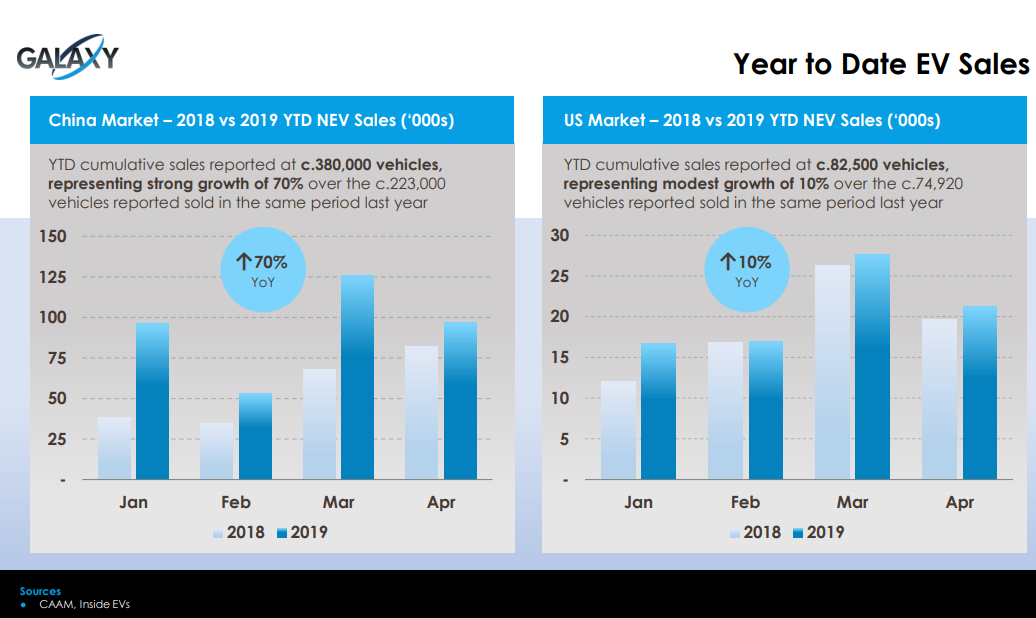 Also, the company mentioned that the conversations were informal, incomplete, and no binding or non-binding documents were signed. Further, the company might enter one or more non-binding arrangements related to possible co-operation in a chemical processing plant in China; however, the appropriate opportunity should be identified, which could be worthy of investigation.

Mr Martin Rowley, Chairman of Galaxy Resources, stated that the company acknowledges that Bald Hill Mine generates good quality of spodumene concentrates, and it also thinks that the area around current Bald Hill Mine holds significant value potential, which could be unlocked by additional exploration and carry on work over resource delineation.