Global technological advancement has compelled the turnaround across many business sectors. The rare earth elements sector is currently witnessing an accelerating demand for its minerals due to increased utility in technologically advanced products. As an effect of this lucrative opportunity, ASX Listed Rare Earth Stocks have made their way into the investors’ watchlist.

Let’s discuss some of the rare earth stocks in Australia and assess their potential in the light of various forecasts and expectations in the near future.

Let us begin with strengthening the understanding of rare earth elements.

Although these elements are referred to as rare, they are not mainly rare in the earth’s crust; rather are a relatively abundant group of elements with unique catalytic, metallurgical, nuclear, electrical, magnetic and luminescent properties which makes them strategically important due to their use in emerging and diverse technologies that are becoming acceleratingly significant in contemporary civilisation.

Over the past two decades, the REEs have witnessed a significant increase in their global demand as an effect of their expansion into high-end technological, environmental and economic environments.

[New to Stock Market Investment? Get Tips On Investing in ASX Stocks]

Interestingly, further exploration of the resources has shown the following results:

In the production front,

The growing strategic importance of REE and scandium was reflected in the inclusion of 35 critical minerals in the US Government’s 2018 list, signifying reliable and secure supplies of minerals that are critical to the US economy and military.

The Department of Industry, Innovation and Science expects the following: 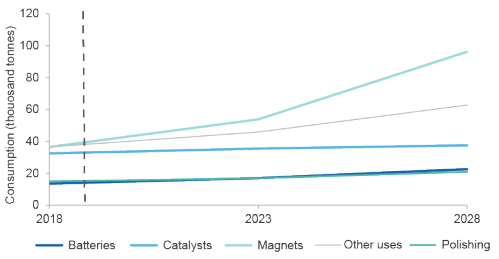 Let us now look at some of the ASX listed rare earth stocks. 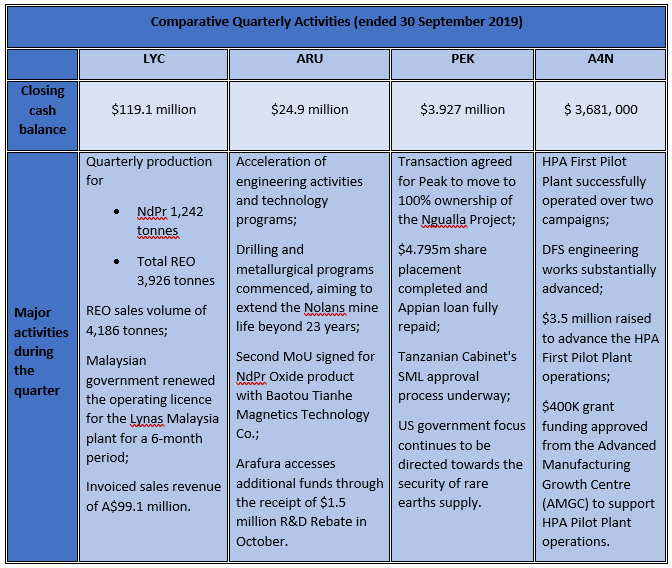 The stock price of the above-discussed stocks, during the trading session on 29 November 2019 (at AEST 2:07 PM) are as follows:

Based on the Austrade’s estimate about Australia to be well placed to capitalise on rising global demand for securing supplies of critical minerals, there is a huge opportunity for the rare earth companies to capitalise upon and we may witness a further increase in their stock prices.