Australia is one of the few regions which has abundant resources of Rare Earth elements, both heavy and light, with a number of ASX companies listed on the Australian Securities Exchange engaged in the development of massive and rich deposits that account for approximately one third of the world's known rare earth resources. Many of these companies have been front running the world’s major Rare Earth Elements demand. Thus, developing and enhancing the rare earths supply chain in Australia could be a massive boon to the economy.

Greenland Minerals Limited (ASX: GGG), based in Subiaco, Western Australia, is a mineral exploration company engaged in the development of high-quality projects in Australia. Greenland Minerals’ flagship asset is the Kvanefjeld Rare Earth Project, prospective for rare earth elements, uranium, and zinc, for which a pre-feasibility study (PFS) was completed in 2012, and thereafter in 2015, a comprehensive feasibility study (FS) was conducted, followed by pilot plant operations in 2016. 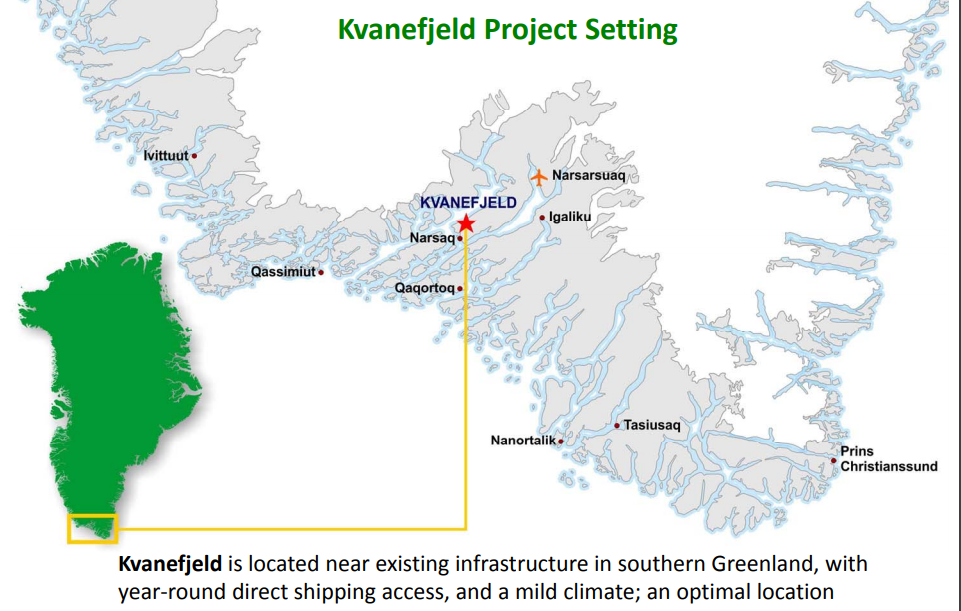 Recently on 15 May 2019, Greenland Minerals updated the stakeholders on the performance of the optimised rare earth refinery circuit, introduced in early 2018, for its flagship Project, and also briefed on the improved economic outlook for the same.

As a background, Greenland Minerals undertook an extensive metallurgical optimisation program during 2017-2018 with its major shareholder Shenghe Resources Holding Co Ltd, which develops, produces, and supplies rare earth (RE) resource and related products in China and worldwide.

Subsequently, in the beginning of 2018, the company updated on the development of an enhanced leaching method designed for the simplification of the refinery circuit.

Lately, the continued work at the refinery circuit has resulted in an 8% increase in the rare earth recoveries to 94%, compared to the FS 2016.

Now, the company has mentioned that the improved recoveries will facilitate production of 32,000 tpa rare earth oxide (REO) and ~USD 31 million per annum increase in revenue at the going RE prices. The metallurgical improvements also flow through to the annual operating cost which have now been revised to a value that is 40% lower (< USD 4/kg REO) compared to FS.

Thus, Kvanefjeld is well-positioned to be a significant contributor to global rare earth supply for an initial 37-year period, based on a 108Mt ore reserve (11% of the project’s mineral resource estimate). 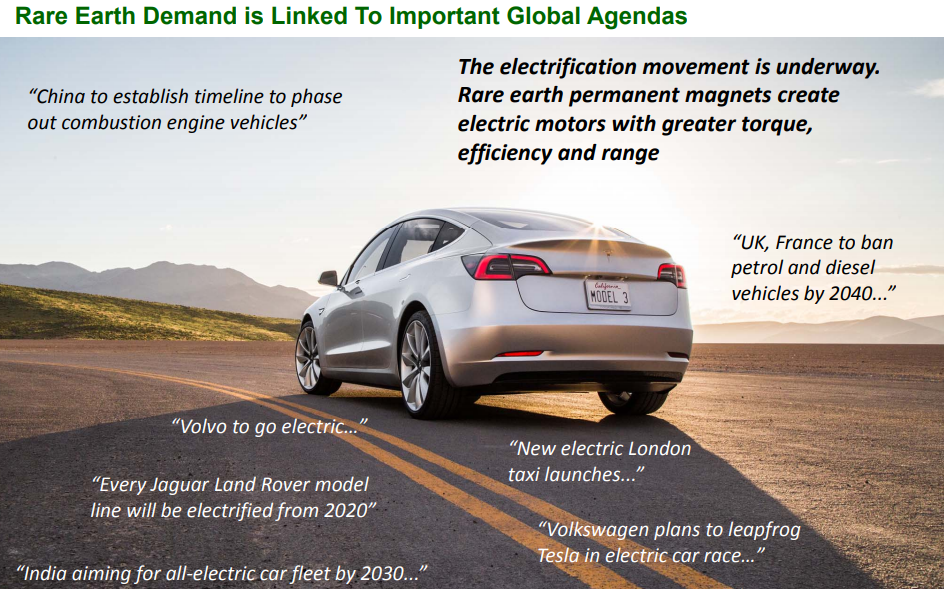 Northern Minerals Limited (ASX: NTU), established in 2006 and based in West Perth, Australia, is engaged in the exploration and evaluation of rare earth element mineral deposits in Australia. The company’s interest lies in exploring for lutetium, dysprosium, and terbium deposits. Its flagship property is the Browns Range Project (100%-owned) situated to the south east of Halls Creek, Western Australia. 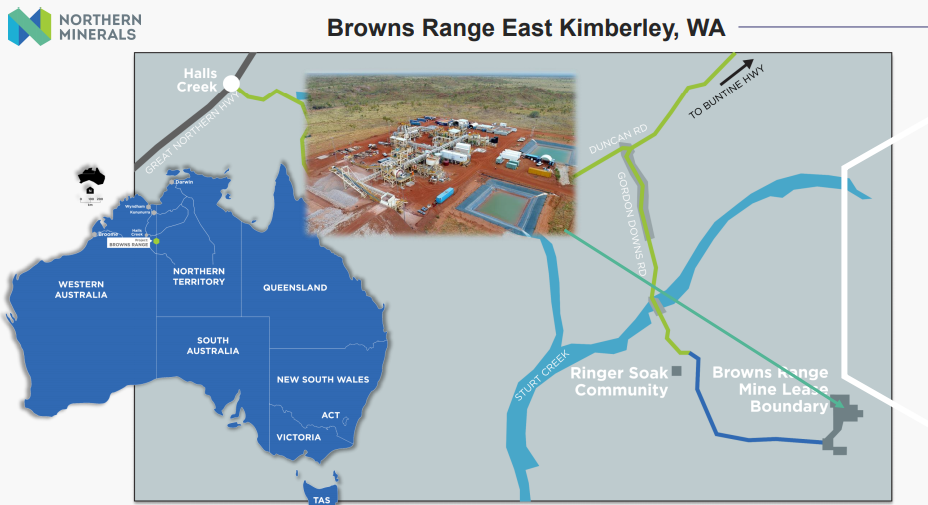 The three-year Pilot Plant Project would continue to assist the company evaluate the economic and technical feasibility of mining at Browns Range and will also provide the opportunity for obtaining production experience and assurance regarding supply to the company’s offtake partner.

The $ 7.5-million Convertible Debt was undertaken with sophisticated and professional investors as pursuant to s708 of the Corporations Act. The Convertible Debt has the following terms and conditions:

An arranger’s fee of 10% of the value of the Convertible Note would have to be paid in either cash or shares (at $0.05 per share), at the arrangers’ discretion, at the completion of the transaction. The proceeds of the Convertible Debt would be directed towards progressing initiatives at Browns Range, including ore sorting and product separation and also help in bolstering the balance sheet.

Lynas Corporation Limited (ASX: LYC), incorporated in 1983 and is headquartered in Kuantan, Malaysia, is engaged in the exploration, development, and processing of rare earth minerals across Australia and Malaysia. In addition, it also produces and supplies neodymium-praseodymium material and offers corporate services.

The company holds interest in the Mount Weld Project in Western Australia; owns and operates the Lynas advanced materials plant in Kuantan, Malaysia; and Mount Weld concentration plant in WA.

JARE loan facility- Recently on 27 June 2019, the company pleasingly announced the signing of a documentation whereby the JARE loan facility has been extended by a period of 10 years. JARE is a special purpose company established by Japan Oil, Gas and Metals National Corporation (JOGMEC) and Sojitz Corporation. As part of this loan facility extension, Lynas has reaffirmed its commitment to priority supply to Japanese industry.

The new agreement would support the continued strengthening of Lynas’ position as the world’s second largest producer of Rare Earths products reduces principal repayments to nominal levels up to 2025, allowing Lynas to accumulate substantial cash flow from operations. This would be utilised to fund the significant capital investment required for the execution of the Lynas 2025 Project.

March 2019 Quarterly Results- The company disclosed its performance for the three months to 31 March 2019, where its Invoiced sales revenue stood at AUD 101.3 million, up 26.8% on the prior quarter. Although, the Loan repayment of USD 3.1 million in early January 2019 reduced JARE loan to USD 146.9 million, the cash balance was ~AUD 67.1 million at quarter end.

Hastings Technology Metals Ltd (ASX: HAS), based in Sydney, Australia, operates as a mining company exploring for technology metals for the manufacture of a range of new consumer and industrial technologies for customers in Australia. Currently, the company is advancing its Yangibana Rare Earths Project in the Upper Gascoyne Region of Western Australia towards production.

Besides, the company is also progressing a mining lease application for the Brockman Rare Earths and Rare Metals Project, near Halls Creek in Western Australia.

In addition, the stock has delivered positive return yield of 10.71% over the last six months and 6.90% YTD.

Recently on 27 June 2019, Hastings Technology Metals informed the market that the EPA (Environmental Protection Authority) had disclosed the Yangibana Rare Earths Project report to the general public and it is open for public appeal for the period of two weeks, before it is forwarded to gain the final approval from the Minister for Environment. 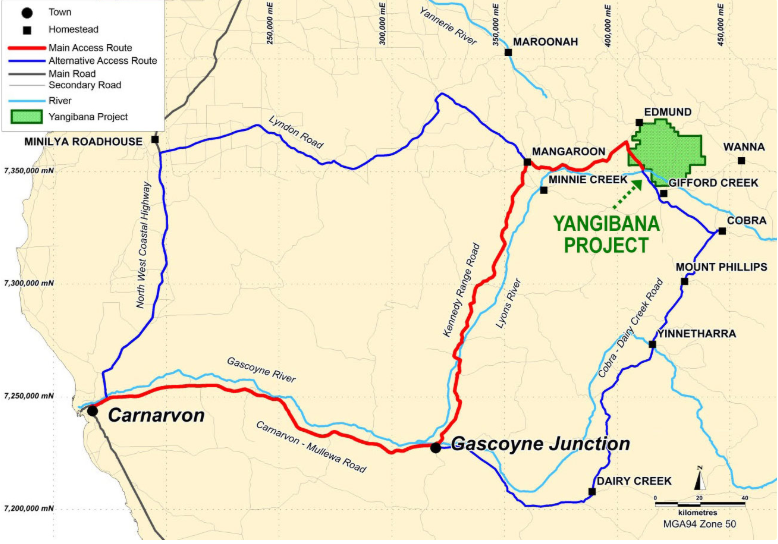 The EPA, its report, has mentioned that the production impacts on water and human health were not observed to be so considerable and the company could easily manage those liabilities under Part V of the Environmental Protection Act 1986, the Radiation Safety Act 1975, the Rights in Water and Irrigation Act 1914, the Mines Safety and Inspection Act 1994 and the Mining Act 1978.

Besides, the EPA has also recommended for the company to conduct further surveys of the surrounding flora and vegetation, additional modelling of the ground water and small sensitive calcrete areas in the vicinity, and ensure that the limited calcrete areas must be protected from clearing and mining activities by the company.

Yangibana has extensively undertaken the environmental impact assessment to satisfy all the stakeholders involved and proceed without any hurdles.