Due to the increasing applications of Rare-earth elements (REE), investors are taking a keen interest in Rare earth explorers and producers which are trading on stock exchanges. 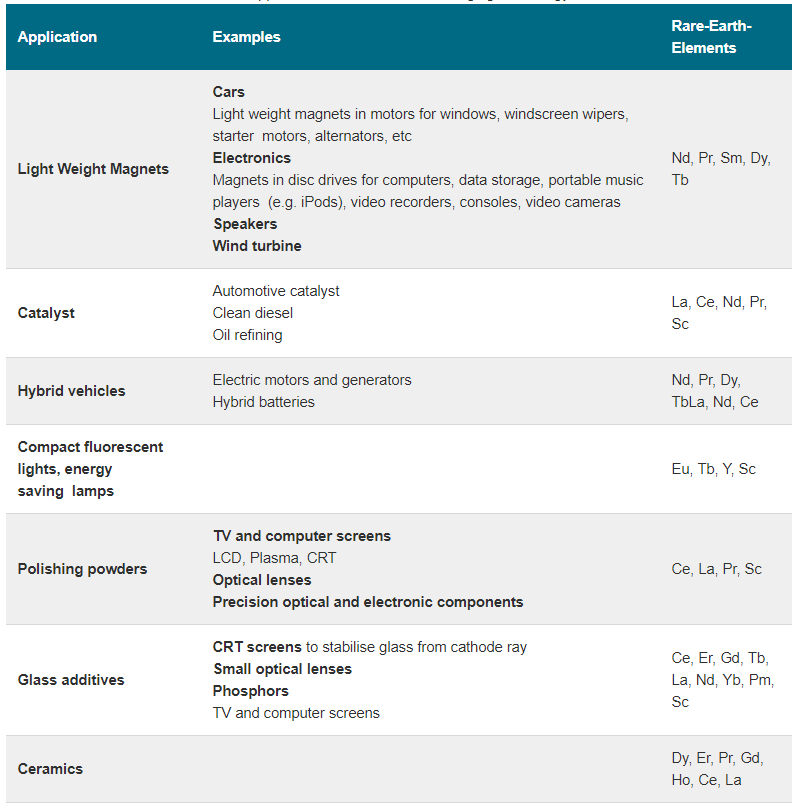 These days, REEs are mostly utilised in the production of high-performance magnets which are used in the manufacturing of electric vehicles. Rare earth elements are mostly used by the following sectors-

The ongoing boom in the electric vehicle demand has created a significant rise in the demand for REEs. Recently, China, the leading exporter of Rare earths elements threatened US to use its dominance to gain advantage in the ongoing US-China trade war. Consequently, US has started looking at other countries to fulfil its rare earth demand.

The US?China trade war has highlighted structural rare earths supply chain risks that exist for the US and in fact, for many other Western world economies. The development and facilitation of alternative rare earths supply sources has been the subject of significant media attention and engagement between the U.S. and Australian governments. Significantly in September the joint development of alternative supplies of critical materials was a key topic for discussion in the reported meetings between U.S. President Trump and Australian Prime Minister Morrison.

Chinaâs indication that it may consider restricting exports of rare earths should be seen against the background of a quickly emerging supply and demand imbalance. This could create a pathway of opportunities for rare earth explorers and producers operating outside China. 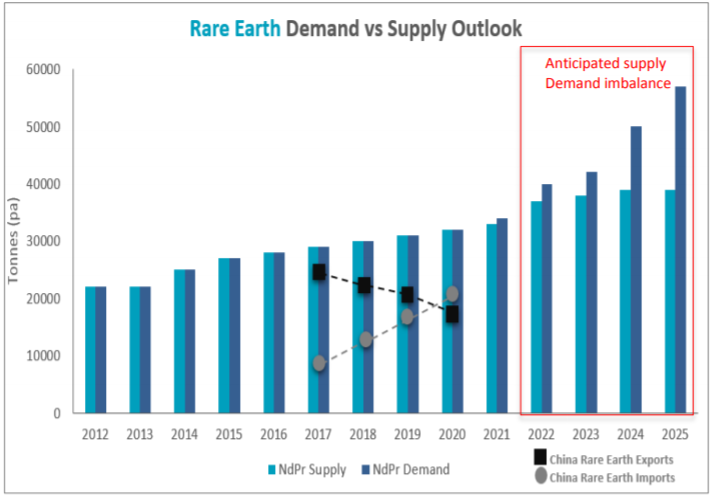 The results have identified at least 9km of strike of highly prospective trends for the discovery of further resources at Cummins Range.

A highly mineralised channels in close association with prominent linear zones of lower magnetic intensity has also been identified.

Sagon Resources intends to commence a passive seismic survey at Cummins Range in November 2019 in order to identify high priority drill targets ahead of the now expanded diamond and RC drilling program next quarter.

Both the parties will work collaboratively on the following key projects:

During the September quarter, despite the volatile market conditions, Lynas was able to produce strong revenues at $99.1 million. Over the quarter, the company continued to prioritise sales of NdPr (combination of Neodymium and Praseodymium, two rare earths elements) to strategic customers, especially in Japan, in anticipation of the strong growth forecast in the Japanese magnet market in the upcoming calendar year.

Lynas has reported that during the September quarter, there was increased interest from magnet buyers in Europe and the US for long term contracts to secure their supply chains.

The company believes that it is uniquely positioned to benefit from the strong growth forecast and is making good progress with its Lynas 2025 growth plans.

At the AGM, the company announced that over the next 14 months its main focus is on:

The company has recently entered into an offtake agreement with thyssenkrupp Materials Trading GmbH (thyssenkrupp) for all mixed heavy rare earth carbonate from the Browns Range Pilot Plant Project, including all stockpiled product.

Plus points of Northern Minerals

Emerging NdPr producer of Australia, Arafura Resources Limited (ASX: ARU), is in the process of finalising the execution framework of its Nolans NdPr Project.

During the September quarter, the company continued with the execution readiness activities at the project with following undertaken or underway:

In its update, the company highlighted that the recent discovery of significant porphyry style gold-copper mineralisation at the Boda Prospect which is within the NMPP signifies the potential for large porphyry gold-copper deposits in the area, an encouraging piece of news from an exploration perspective.

After getting the approval from the shareholderâs for the transaction at the recently held General Meeting, the company satisfied all the conditions and became the 100 per cent owner of Peak African Minerals which is the parent company of Tanzanian registered PR NG Minerals Limited, the holder of the Projectâs Exploration Licences and Special Mining Licence application.

With its recently acquired 100% interest in the Ngualla Rare Earth Project, Peak Resources Limited is very well placed to gain from the emerging rare earths market opportunity. For the year ended 30 June 2019, the company earned a total income of $98,795 and loss after tax of $4,596,053.