The Stocks that closed the day in Green Zone - EHE, GOR, RRL

By the end of the trading session, on 1st November 2019 on Australian Securities Exchange, the benchmark index S&P/ ASX 200 was at 6669.1 points, with a rise of 5.7 points or 0.1% from its last close. During the trading session, on 1 November 2019, some companies have witnessed a decent growth, filling the pocket of the investors. In this article, we would be discussing the recent updates of the stocks that closed the day in green zone.

Estia Health Limited (ASX: EHE) is involved in the provision of services in the residential aged care homes in Australia.

In another update, EHE announced that it would be conducting its Annual General Meeting (Shareholders Meeting) on 6th November 2019 and a few key business items to be discussed are as follows:

Gold Road Resources Limited (ASX: GOR) is engaged with the exploration of gold prospects and other minerals, as well as the development of the Gruyere Project in Western Australia (WA).

Perth based, Regis Resources Limited (ASX: RRL) with its controlled entities is primarily involved with the gold production from the Duketon Gold (Project) within the NE Goldfields of WA region. 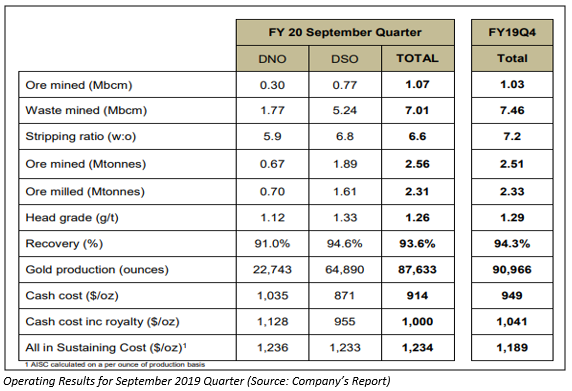