The house prices in Australia have been in the state of free fall since the close of 2017 and has weather-beaten the household wealth and consumer spending on property. Real estate experts believe that the rate cut declared by the Reserve Bank of Australia (to an all-time low of 1.25 per cent) in June 2019 was amended to solve the property issue.

With the housing stock being worth of approximately A$6.8 trillion in Australia, it is of dire importance to pay heed to the real estate scenario in the country. June 2019 signalled signs of stability in this regard, driven by the mortgage rate cuts by banks and the Sydney and Melbourne market rising gradually, after a 2-year slump. The recovery analysis shows that the Australian housing prices might have found a solid ground after surpassing the bad tide. 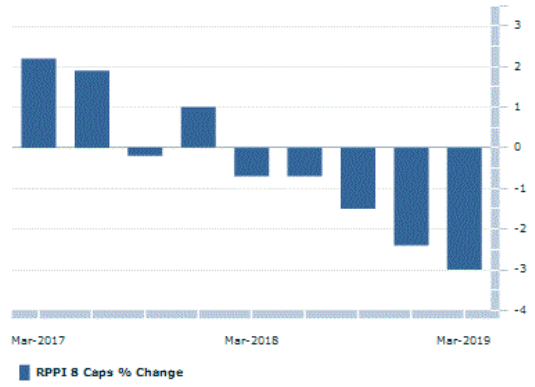 Expanding the real estate and property landscape in the Aussie land, let us look at the four property stocks that are listed and traded on the Australian Securities Exchange and understand their stock performances and company updates:

Company Profile: With an industry experience of over 25 years, AOG aims at providing the most feasible and retirement living and care option to Australians. The company owns, operates and manages various retirement communities across the country and has its registered office in Sydney. AOG is a real estate player and was listed on the ASX in 1993. 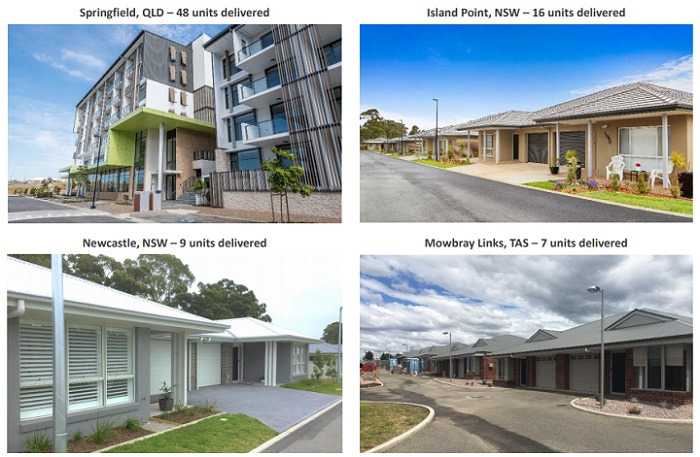 Strategic Review: On 22 July 2019, AOG notified that the company and Brookfield Property Group, along with the affiliates and managed funds were negotiating towards a definitive arrangement to enter into a Scheme of Arrangement. The SOA pertains to the non-binding and conditional indicative proposal that AOG had received from Brookfield for a whole-of-company transaction.

As notified by the company, shareholders are not required to take any action presently while the parties had made significant progress on the negotiations via an Independent Board Committee and would keep the market updated with the progress. Also, AOG has Merrill Lynch Markets (Australia) Pty Ltd and Herbert Smith Freehills as financial advisor and legal advisor, respectively.

Trading and Annual Distribution Update: On 24 June 2019, AOG stated that amid the subdued residential property market in Australia, the FY19 results which are due on 28 August 2019 would be adversely impacted. However, the retirement product was steady with a total of 1,111 written sales by the closure of Week 51, with an average of 23 net sales written per week in the fourth quarter of FY19, which is more than the prior quarters.

Company Profile: A real estate the largest industrial property group listed on ASX since 2005, GMG deals with the global industrial and business space property and also has a development and funds management business. With its headquarters in Sydney, the company operates across ANZ, Asia, the UK, Brazil and Europe. The group constitutes of Goodman Limited, Goodman Logistics (HK) Limited and Goodman Industrial Trust.

GMGâs Investor Day Presentation: On 20 June 2019, the company conducted an Investor day wherein it provided an institutional investor and analyst update, laying down a region-wise update.

In Asia, the companyâs focus is on the infill markets and the sourcing of well-located high-quality assets. GMG would initiate Large development programmes through Hong Kong and Greater Bay area.

In New Zealand, the company would strategize Investment in the Auckland Industrial market and keep the hunt for acquisitions on, while the existing portfolio undergoes improvisations.

In Australia, GMG would be targeting the major metro cities on the east coast and focus on the Development of its greenfield/brownfield land.

In the North America region, GMG aims to seek opportunities in LA, Inland Empire West, Pennsylvania and New Jersey and remained focussed on monetising the existing landbanks, while improving the pre-lease strategy.

In Brazil, the current subdued economic activity could aid the company to acquire strategically located land in the SÃ£o Paulo city.

In Continental Europe, the companyâs focus lay in quality locations, assets, relationships, away from more commoditised product and markets.

In the UK, GMG would strategize to acquire sites around London, the South East and M25. 3 prime urban brownfield sites had been acquired in the last one year, valuing over Â£270 million.

Company Profile: Operating in the Asia Pacific, Americas and European regions, LLC deals with international property and infrastructure. The company marked its 60th anniversary in 2018 and was founded by Dick Dusseldorp and is headquartered in Sydney. The company aims to deliver innovative and sustainable property and infrastructure solutions for the next generation.

New Agreement with Google: On 18 July 2019, LLC announced that it had signed a new agreement with Google to plan, execute and develop three major areas in the San Francisco Bay Area in California, with the companies working together for the next 10-15 years. As per the company, it would build up to 15 million square feet of retail, residential, hospitality, and likewise communities in the new locality, while Google would aim to develop its office space amid the communities. 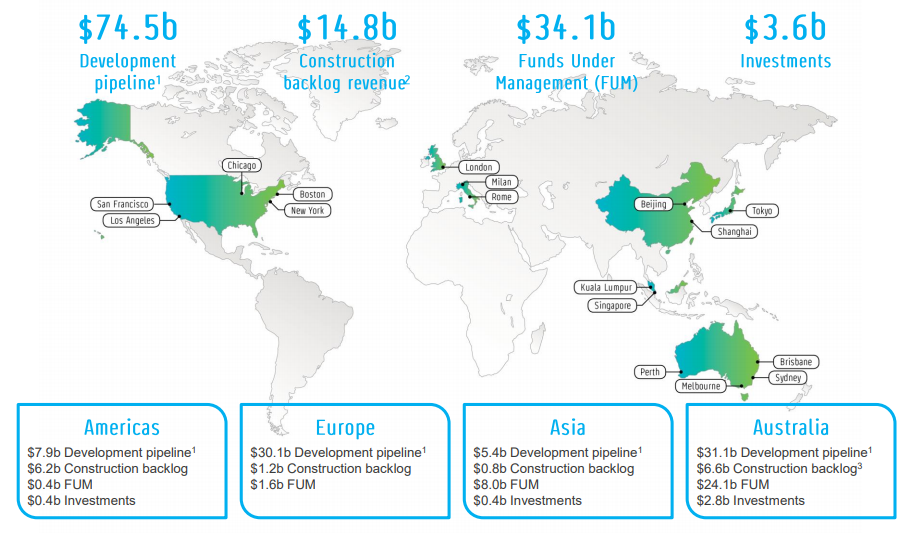 Company Profile: Counted amongst the best retail property groups in Australia, VCX has a fully integrated asset management platform. It is the second biggest listed manager of the Aussie retail property. The group has a Direct Portfolio with 62 shopping centres and manages 33 assets for its Strategic Partners, co-owing 29 of them. VCX was listed on the ASX in 2011 and has its registered office at Chadstone in Victoria. 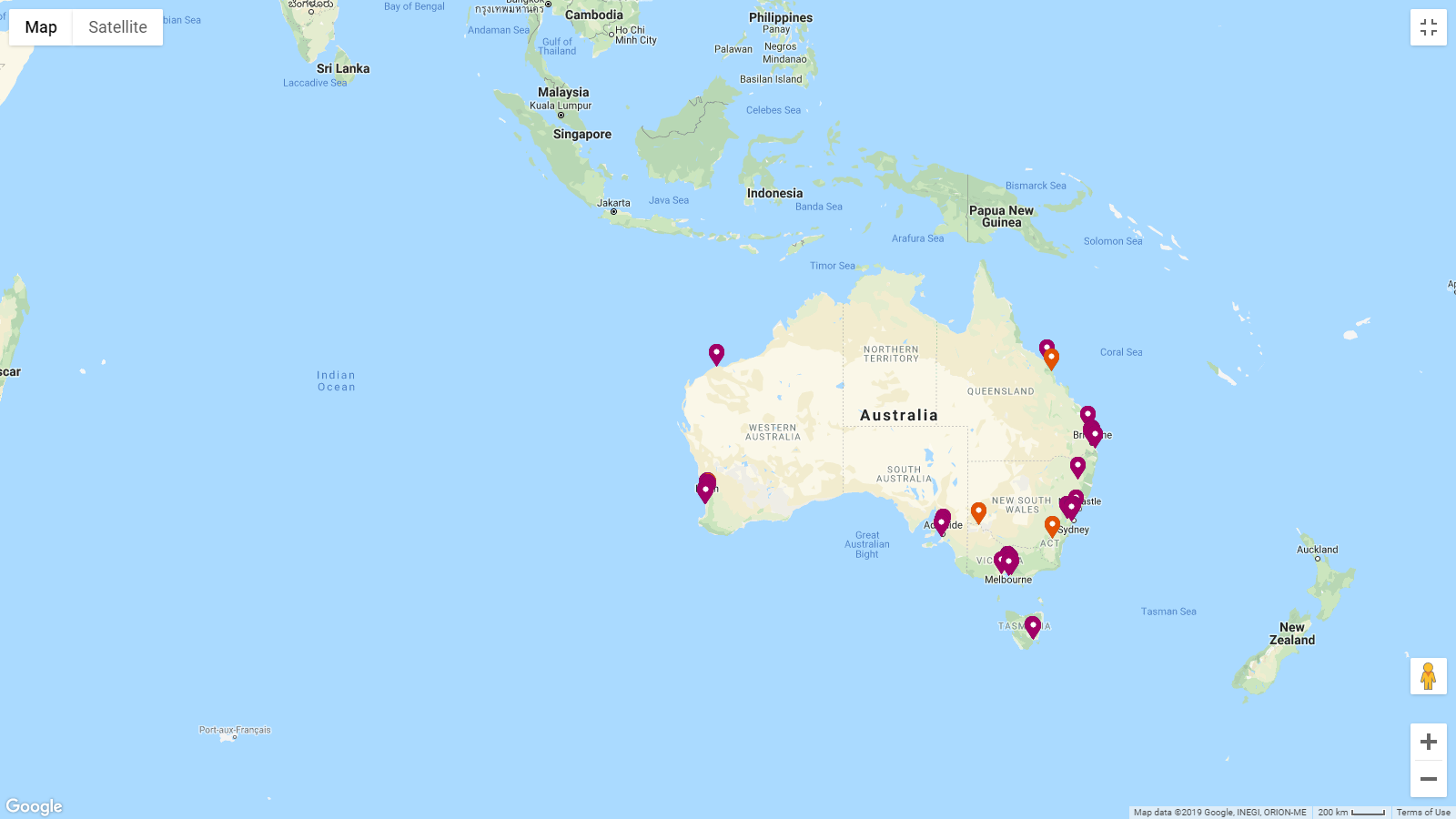 Board Update: On 5 July 2019, VCX notified that one of its Non-executive Directorâs, Mr Peter Kahan had taken a leave from his role as a result of a health condition. He would assume the role of Chairman post the release of companyâs FY19 annual results, due on 14 August 2019. In his absence, Current Chairman, Mr Peter Hay would be Acting Chairman.

Pricing of medium term notes: On 21 June 2019, VCX priced $400 million of six-year Australian dollar medium term notes, which consisted of $225 million of fixed rate notes (priced at a coupon of 2.60 per cent) and $175 million of floating rate notes (priced at a coupon of 3-month bank bill swap rate plus 142 basis points) These were due to settle on 27 June 2019, under the management of Commonwealth Bank of Australia (ASX: CBA) and National Australia Bank Limited (ASX: NAB). The proceeds from the Notes issue would be utilised to repay the existing bank facilities and for corporate purposes.