In the recent past, mining companies have delivered exponential returns to the investors. Due to the future requirements of lithium and cobalt and other minerals for electronic vehicles, the exploration companies have stepped up drastically in the hope of delivering stellar earnings in the future. Several projects are announced, and there has been constant upgradation going on amongst the companies. Let’s have a look of the three companies which have given solid returns in the recent past.

Silver City Minerals Limited (ASX: SCI) is associated with exploration and mining activities of base and precious metals. The facilities are located on the Broken Hill District of western New South Wales, Australia. The company extracts minerals like silver, lead and zinc etc.

On 12 August 2019, ASQ made an enquiry regarding the increase in price and volume of SCI on the same date. In reply the management briefed that they are not aware of price volatility and as per the release, SCI has shared all the updates and information to the investors.

SCI reported net cash used in operating activities at $ 0.184 million, including $ 0.043 million used in exploration and evaluation, $ 0.093 million in staff costs and $ 0.046 expenditure for administration & corporate costs. The company reported a cash balance of $ 0.445 million at the end of May-June 19 quarter. The Company has identified several new targets at Broken Hill, located 15 kilometres to the south, based on coincident lead geochemistry, IP chargeability and gravity. The Company has successfully encountered significant copper-gold mineralisation. The location is in a major crustal structure the Copper Blow shear zone.  SCI reported several distinctive magnetic and gravity anomalies both north and south of the Copper Blow shear zone in the eastern part of the tenements. 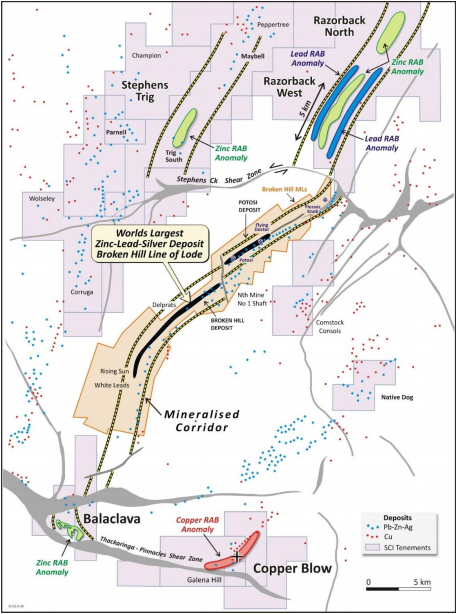 Outlook: The management has provided guidance for the June-August’19 quarter where it estimated total cash outflow of $0.120 million. The management believes Copper Blow shear zone has the potential to host large copper-gold deposits in future.

Recently, the company has provided updates from the Fleming project where it cited that expansion drilling returned additional high-grade cobalt and scandium intersections. The intersections include

AUZ reported that individual metres grading as high at 16,300ppm (1.63%) cobalt followed by continuation of high-grade zone which is contiguous with, and extends 1,200 metres west from, existing Flemington Mineral Resource. The management cited that this project will become a future source of cobalt and the mineral will be sued for the fast-growing electric vehicle market. Cobalt is required in making batteries used for electric vehicles. 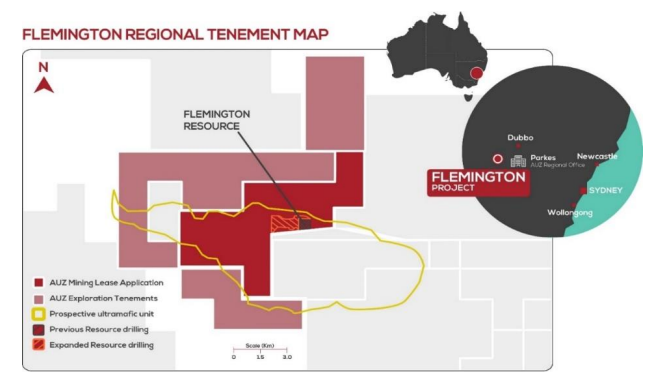 On 5 August 2019, Australian Mines and SK Innovation have entered into a long-form off-take agreement that extends the agreed terms of the binding term sheet announced by the Company in February 2018. In January 2019 Australian Mines informed that SK Innovation made a deal to supply battery-grade cobalt sulphate and nickel sulphate to the later which is being produced from Australian Mines. However, the above deal will be valid on subject of satisfaction of certain conditions precedent. The deal indicated that Australian Mines wholly owned subsidiary Cobalt-Nickel-Scandium Project in North Queensland. The company will provide the mineral for the initial seven years and can be extended to six years further. The price of the cobalt will be decided as per the London Metal Exchange nickel and cobalt prices.

With a press release, the company has updated about the quarterly cashflow for the month ended 30 June 2019.

AUZ’s Queensland-based Mineral Resources, which includes Bell Creek, Sconi, and Minnamoolka, surpassed 115 MT.  The company came up with a new Mineral Resource Estimate for the Bell Creek satellite deposit of 738,359 tonnes, comprising of contained nickel and contained cobalt of 71,575 tonnes.

The company, incoming years will work towards finalising long agreement with SK Innovation. The agreement states SK Innovation will buy cobalt sulphate and nickel sulphate which will be explore and processed from the Sconi Project.

During the quarter, Australian Mines explored and processed twelve kilograms of MSP, which assayed up to 58% nickel and 4% cobalt. The above figures are in line with the nickel and cobalt content of the MSP currently being supplied to the global market. Likewise, the impurity level of Australian Mines’ MSP is comparable to that being produced by leading Japanese metal refining companies to produce electric vehicle batteries.

Outlook: Update of further Mineral Resource is scheduled on early 2020. The company got results which confirms large-scale follow-up drilling program and planned to commence from October 2019.

Stock update: On 30 August 2019, AUZ closed at $0.022, with no change from its previous closing. The market capitalisation of the stock stood at $75.78 million along with 3.44 billion of outstanding shares. The stock of CDA has generated negative returns of 35.29% and 37.14% in the last three-months and six- months, respectively.  The 52-week trading range of the stock stood at $0.017 to $0.087 and currently the stock is quoting at the lower band of its 52-week trading range.

Andromeda Metals Limited (ASX: ADN) is engaged in the exploration and processing of minerals like halloysite?kaolin.

On 20 August 2019 with a market update, Andromeda Metals Limited informed that it has exercised its options of 181,250 number of ordinary shares of at a price of 1.2 cent per share.

Beihai Kaolin of china with one of the largest production facility of kaolin has signed an LOI with AND for a total quantity of 200,000 tonnes per annum of DSO. The average price of the mineral is quoted at AU$115 – AU$140/t CIF.

The company indicated that Scoping Study will be completed by the end of September, 2019.  All volume and market price information will be utilised for the said purpose.

The offtake agreements for all  three  product  forms  were  signed  on  the  expectation that  the  eventual  commercially produced material would match the specifications of the samples provided.

The company has provided guidance of next quarter for the 3- month period ended 30 September 2019 wherein it has given an estimate of $0.350 million used for exploration purpose. Staff costs would be around $0.080 million followed by $0.180 million of administration and corporate costs. 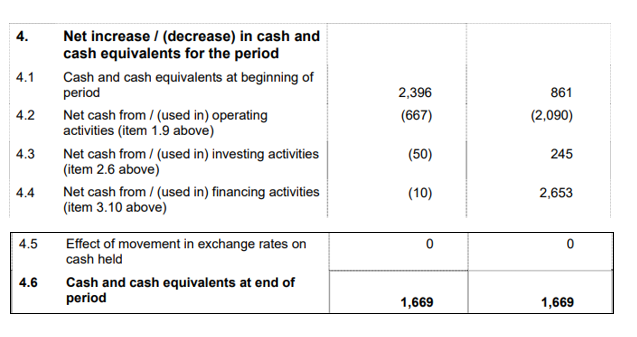