Two hundred fifty-five years and yet holding worldly wisdom! Today, we will discuss a mathematical equation that has been credited to cracking the nefarious Enigma code in World War II. The equation questions the derivation of different results, sometimes quite the opposite all emanating from the same experiments and outcomes. The belief and shreds of evidence together frame up the future beliefs of one. Our prior beliefs are often influenced by circumstances, outcomes or evidences, that we are bound to transform them into our posterior beliefs. The stronger our prior beliefs are, the more difficult it gets to change them. Let’s play a small game to understand it better, think of the statement which you think is false- 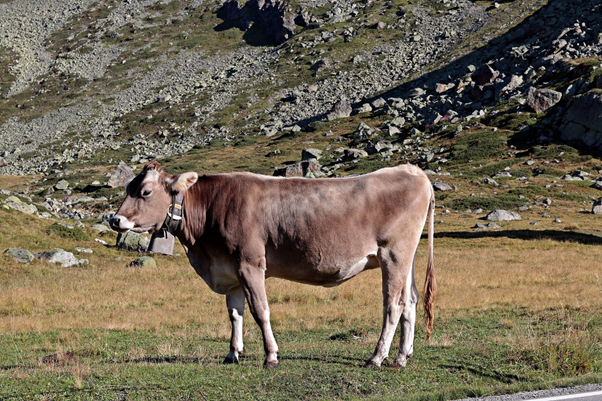 Now, which one do you think is true and which one is false. We believe normally, people would consider the first statement as wrong, just because it sounds quite atrocious and also who have seen cows sleeping while standing up. We live in a weird world where a few things do seem improbable to us because of our prior belief/opinion but the evidence is quite not in line with the prior belief, such as in the first case- We have seen cows sleeping while laying but do not remember any instance of sleeping while standing. In fact, that seems weird for any animal, but you would be surprised to know that some of the animals, including horses and cows, can sleep while standing up. Our denial was due to the prior belief and once we know that the statement is true, our posterior belief has changed to the fact that most of the animal sleep while sitting but some do otherwise also.

The stronger the prior belief, the more difficult, it is to change them. A case in which we have no prior experience or beliefs, we would easily take it as it is-

Although it is weird to co-exist as a wave and a particle, we take it as it is because our knowledge into the matter is restricted and we leave it to Young’s, Einstein’s and the Planck’s of the world to tell us how light actually behaves. In fact, it is a natural systematic process.

Bayes in 1760s came up with a concept to derive the chances of occurrence of an event when another event has already occurred. The theorem later got a conformity from Laplace almost 10 years after, although Laplace was unaware of Bayes’ prior art.

Bayesian probability is widely used in a discipline where hard evidence can be readily collected, and the hypothesis can be tested using a controlled, repeatable experiment. A common application of Bayes theorem is in seen in the process of verifying the precision of tests results to screen cancer by taking into consideration how likely the person is to have cancer and the general correctness of the test.

Bayes theorem is a formula for determining the conditional probability of an event and provide a structured way of revising existing forecasts or hypothesis given new evidence.

Bayes theorem to update your beliefs in an investment context

The concept has been followed by industry heavyweights such as Warren Buffett, Charlie Munger and many others. Now, as value investors, we have the luxury of gathering hard pieces of evidence through repeated observations in a controlled environment. Information that moves share prices or intrinsic values tend to be unique evidence that cannot be controlled or repeated. Bayes theorem, however, can still form a powerful framework under which we can intuitively update our hypothesis for this type of soft evidence.

Bayes theorem, while used in updating qualitative forecasts helps in minimising the risk of overreacting to new qualitative market information.

Another simpler form of the Bayesian concept has been included by Daniel Kahneman in his book “Thinking Fast and Slow”.

Where Posterior odds is the ratio of probabilities of the competing hypothesis, the prior odds can be expressed by the probability as per prior beliefs, like for dice to come up with the number “1” the probability is 16.67%. The Likelihood ratio is newer updated information specific to the situation upon the examination of the previous events.

For example- if a dice comes up with “1” twice, the likelihood of the “1” coming up for the third time is lower but the likelihood “1” coming up when the number “1” has appeared for 30 times successively, would be very high. The likelihood ratio is, therefore, the factor which changes your opinion about something and quantifies it to predict future instance much accurately.

Bayes theorem evolved into a versatile yet efficient concept. The theorem is credited to have been used by Alan Turing and associates to crack the Enigma code during the Second World War, which was the single most turnaround events of the war changing the entire outcome, just as the Bayes theorem does.

Differentiating Between Noise and Signals

Trust on data and trust your knowledge and understanding of the subject. Do undertake proper research before taking any major investment decisions. The world is full of rumours and noise, especially in the world of instant news coupled with fake news doing rounds. Trust on a few trusted sites who pursue respectable journalism and pledge not to part in the dissemination of misleading, unconfirmed, or wrong information. Access to such false information needs to be restricted, while we cannot fish out every plastic from the ocean of the internet.

Collecting information is a commodity, understanding the bigger picture by taking the history (prior) into consideration and then making a rounded decision is a key to success in the world of decision-making. Bayes theorem could be a handy mental model to have in one’s decision making tool kit.