Nickel mining was in stagnation for quite sometime but has started on a bounce back journey since early September 2019. Itâs an important commodity to make stainless steel for household items, pipes, etc. Electric battery makers have increased its use to boast their firepower. We will be discussing four metal and mining companies which are operating in Australia. The companies have their respective road map for the coming quarters. Many projects of the companies are going through expansion phases and are expected to discover respective minerals in coming years.

Western Areas Limited operates in mining and exploration of nickel, copper across Australia.

During the year, the Company updated that it has commenced mining from January 2019 in its second operational hub named Cosmos. WSA completed the acquisition of this Odysseus mine during Oct 2018.

WSA also updated that it has witnessed decline in rehabilitation to 500m below surface, commencement of underground pump station, and completion of construction activities of Water Management Ponds. The Company informed commissioning of 250 rooms out of 520 rooms. Odysseus is a low-cost project where Ore Reserve came in at 8.1mt @ 2.0% for 164 kt nickel. The average mine life stands at more than ten years with an average nickel in concentrate production more than 13.0ktpa. AM5 & AM6 deposits contain an Indicated Mineral Resource of 57.6kt of nickel which was currently completing reserve estimation. The company recorded massive sulphide intersections. The Company reported capital expenditure of $80 million for FY20, $ 66 million for FY21 and $143 million for FY22-23. Annual production was recorded at 900 kt.

Independence Group NL is a metal and mining company which operates in mining and processing of nickel, copper and cobalt. On 16 October 2019, the company has updated about its activities in Lake Mackay Joint Venture: 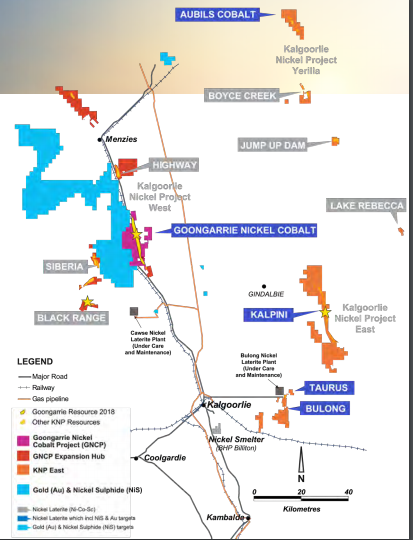 Mincor Resources NL operates in mining and mineral exploration across Australia and specializes in minerals like nickel.

The Company has highlighted the sectorial scenario of Nickel.

The Company sales agreement with BHP includes the following