Is Investing In ASX Healthcare Stocks A Good Idea?

Australian health care system is developing rapidly and is one of the best healthcare systems across the globe. It comprises of pharmaceutical manufacturing companies, biotech companies, medical device manufacturers & distributors, laboratories and hospitals. The health care sector is operated by federal, state and local government bodies. In Australia many health care companies dealing in drug development and research & development activities are generating good revenues by providing solutions for chronic diseases and unmet medical needs.

Australia headquartered health care company Nanosonics Limited (ASX: NAN) is an innovator in providing solutions for prevention of infection. Nanosonics has its offices in North America, the United Kingdom, Canada and Europe. The company is engaged in the manufacturing and distribution of trophon® EPR and trophon®2.

Nanosonics announced that it would conduct an annual general meeting in New South Wales, Australia on Monday, 18 November 2019. The main agenda of this AGM are-

Nanosonics had a steady growth and reported strategic expansion reported for the last fiscal year ended on 30 June 2019.

A global biopharmaceutical company Clinuvel Pharmaceuticals Ltd (ASX:CUV) is headquartered in Melbourne, Australia and has its operations in Europe, Singapore and the United States. The company is engaged in developing and delivering treatments for genetic and skin disorders. Its lead compound SCENESSE® was approved by USFDA in October 2019 and by the European Commission in December 2014 for the treatment of adult erythropoietic protoporphyria (EPP).

As per one update on 18 October 2019 company announced that Mr Willem Blijdorp would be the new Chair of the Board after the retirement of Mr Stan McLiesh. He will assume his new role from 30 November 2019 and onwards.

Product pipeline of the company-

SCENESSE® is approved in Europe and the United States and has completed Phase III trial in Australia and Japan for the treatment of adult erythropoietic protoporphyria (EPP).

A regenerative medicine company Avita Medical Limited (ASX: AVH) is engaged in providing solutions for unmet medical needs in various indications such as burns, chronic wounds and others. The company develops and manufactures treatment solutions by using its innovative patented technology and distributes in regenerative medicine and respiratory markets.

One of Australia’s leading healthcare companies, Healius Limited (ASX: HLS) is a provider of diagnostic imaging services, pathology services, and health technologies. Dental, IVF and Day Hospitals are the emerging business of Healius. The company provides its services to independent general practitioners, radiologists and other healthcare professionals. Healius is a market leader in Australia having a total 2,558 sites including 2,318 pathology and collection sites, 95 medical centres and day hospitals and 145 Imaging centers.

According to a recent update company announced that it would conduct its Annual General Meeting on 25 November 2019 in Sydney, Australia.

Sydney based diagnostic company Sonic Healthcare Limited (ASX: SHL) provides laboratory, pathology, and radiology services. The company has its offices in Australia, the United States, Germany, Switzerland, the United Kingdom and others.

The company announced that it would conduct an AGM on Tuesday, 19 November 2019 in Sydney, Australia. The agenda of this meeting are-

On 10 October 2019 Sonic Healthcare announced that it has priced US$550 million of notes in the US private placement market and the expected date for closing this transaction is in January 2020. 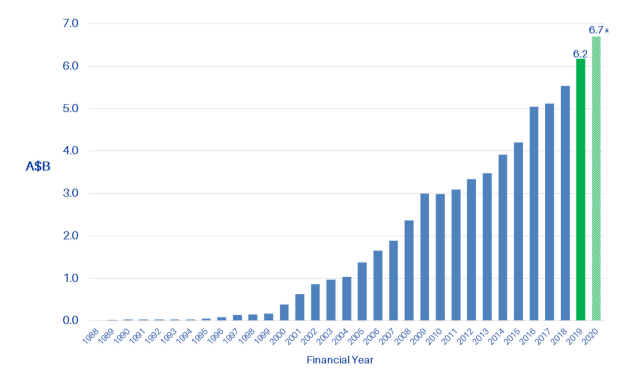