Returns on investing in equity comprise of two parts - capital gains and dividends. Both are attractive, aren’t they?

In Australia, which has evolved into becoming a lucrative business and investing region of the Asia Pacific realm over the years, share trading developed from an over the counter (OTC) market to one where trading took place at centralised exchanges in the 19th century. Back in the day, there were two large exchanges in these Australian state capitals, Sydney and Melbourne with several large companies’ shares trading on the exchanges.

The Sydney Stock Exchange had a cumulative market cap that wavered between 20 to 40 per cent of GDP back then (much small relative to today’s stance!). Expansion took place in the 1960s due to resources boom and increase in market cap of listed players. Another expansion was witnessed in the 1980s which pretty much extended up to 2000, majorly driven by privatisations of the Commonwealth Bank of Australia (ASX:CBA) and Telstra Corporation Limited (ASX:TLS), financial institution demutualisation, and an increased supply of capital to the market driven by compulsory superannuation. 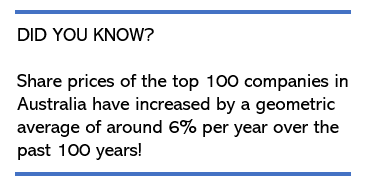 Now that we have mentioned 2000, we will cast an eye over a very significant index that came into existence in the year - perhaps the most traded one on the Australian Securities Exchange (ASX) - the S&P/ASX 200 Index.

The S&P/ASX 200 (XJO) is the country’s leading share market index. It comprises of the top 200 ASX listed companies, by way of float-adjusted market capitalisation. Breaking it down further, it consists of the 200 largest ASX listed stocks listed on the ASX (S&P/ASX 100 plus an additional 100 stocks).

It came into existence in 2000, when it replaced the All Ordinaries index to become Australia’s primary investment benchmark, often deemed to be the institutional investible benchmark for Australian equity performance.

INTERESTING FACT! As of March 2020, the S&P/ASX 200 accounts for 81% of the Australian equity market. What does this huge chunk of dominance imply? That the index has some functions to perform-

#1- to provide an accurate benchmark for the stock market as a whole, and

#2- to give institutional investors a highly liquid and tradable index

On this note, it should be further noted that the index is representative, liquid, and tradable and addresses the needs of investment managers to benchmark against a portfolio characterised by sufficient size and liquidity. Moreover, it offers optimum diversification, as it consists of all the 11 GICS available on the ASX (Global Industry Classification Standard). The financial and material sector owns almost half of the index.

Listed companies on the index opine that their inclusion in the ASX 200 generates institutional interest, promotes investment and frequently, is a subject of research by stockbroking firms and analysts. Let’s look at some more facts about the index pertaining to its functionality-

Investing is probably one of the most dynamic activities around us, vulnerable to various considerations, be it macro or microeconomic factors, global trade relations, climatic conditions or even pandemics - considering how nervous investors have been ever since the novel coronavirus wreaked havoc upon us!

In this backdrop, let’s cast an eye on how the S&P/ASX 200 has reciprocated for a few events of the past:

Bubbles always burst, they have, and they will, opine experts and share market charts. The dot-com bubble was the result of excessive speculation in internet-associated companies in a period of substantial growth in the consumption and implementation of the internet. During the bubble, the S&P 500 Index chart in March 2000 fell by 50.5 per cent. The tech-heavy NASDAQ 100 fell by 83.5 per cent!

ASX fall was 22 per cent over 12 months. This period marked the mere introduction of the S&P/ASX 200. Luckily, the Australian market escaped much of the dot-com bear market situation as there were relatively less tech and dot-com companies listed on the exchange at the time. The launch of the index was therefore not too impacted, and it went on to become one of the favourites of investors eventually.

An event whose ramifications are felt till date even after a decade of its dire occurrence, the GFC’s existence seems complicated and convoluted. It is believed to have been generated by the US housing market and specifically sub-prime mortgages. With several homeowners defaulting on their loans, the supply for houses went up, but demand fell. This caused property values in the US to decline significantly, and the event turned out to become a global crisis.

When China announced its plans for a massive economic stimulus programme, Australia got lucky (once again!) as commodities prices for iron ore & coal were at historic highs again. Investors were lured into buying a lot of cheap, high-quality stocks, and the market seemed oversold to many.

With 2009 being a good year for the index, a moment did arise wherein investors were once again nervous about debt and the strength of the global economic recovery, as the share market reached its lowest point with ASX 200 at around 3100 again.

However, in the past couple of years, the index has delivered some great highs. We say this because around 2019, the S&P/ASX 200, which has one of the highest yields among global equity price indices, had a dividend yield of approximately 4½ per cent.

With future market performance dependant on the rate of coronavirus infections and deaths around the world, it will be interesting to witness the ASX 200 unfold its stance and garner investor attention, which it has always ended up with.

CLICK HERE FOR YOUR FREE REPORT!
Tags:
ASX:CBA ASX:TLS Leading Share
All pictures are copyright to their respective owner(s).Kalkinemedia.com does not claim ownership of any of the pictures displayed on this website unless stated otherwise. Some of the images used on this website are taken from the web and are believed to be in public domain. We have used reasonable efforts to accredit the source (public domain/CC0 status) to where it was found and indicated it below the image.