In this article, five companies operating in the consumer discretionary sector have been discussed.

On 17 September 2019, the company updated the market with earnings guidance for FY2020, after the finalisation of its major new GDS contract and commercial agreements for the year. EBITDA is expected to lie between $83 million and $87 million for FY2020 ending 30 June 2020. According to the company’s CEO, HLO is confident of achieving strong growth in the reported financial year. 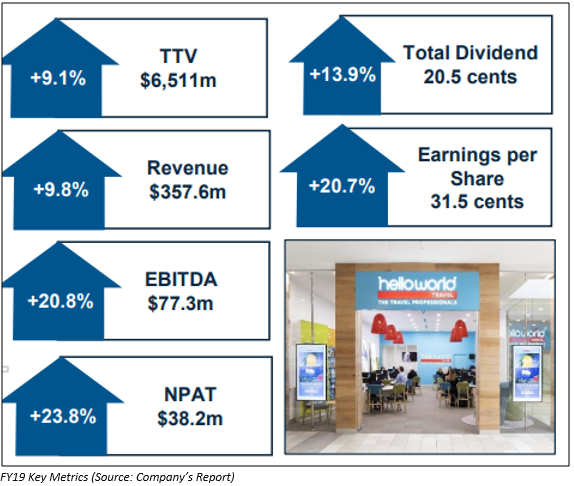 Nick Scali Limited (ASX: NCK) is an importer of quality furniture in Australia. The company got listed on the Australian Stock Exchange in the year 2004 under the ticker “NCK” in the consumer discretionary sector. Some of its products are dining tables, lounges, chairs, dining chairs, buffets and coffee tables. The company is involved in the retailing of household furniture and related accessories. 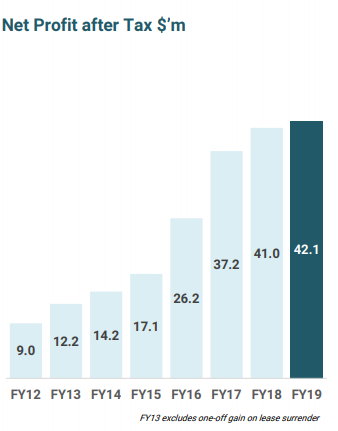 Kathmandu Holdings Limited (ASX: KMD), headquartered in Melbourne, is a retailer, engaged in developing sustainable products like clothing, travel accessories and other equipment. KMD opened its first store in 1987. Its product breakdown is ~ 40% of equipment and 60% of apparel. 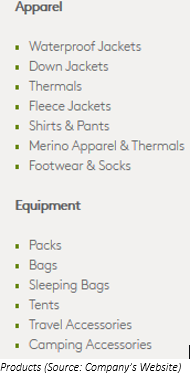 During the year ended 30 June 2019, the company reported

On 12 September 2019, the company unveiled that the closing date for receiving director nominations is 27 September 2019. The nomination can only be made by a shareholder entitled to attend the Annual General Meeting.

Audio Pixels Holdings Limited (ASX: AKP), established in 2006 and listed on ASX in 2004, has developed a technological platform for reproducing sound. The company uses the latest technologies to generate sound waves from an audio stream using micro-electromechanical structures (MEMS).

On 17 September 2019, the company announced that there was a special crossing of 450,000 shares in AKP pre-market on the day. The shares, which were overhanging the market for some time, were purchased by Bart Superannuation Pty Limited and other shareholders.

On 29 August 2019, the company announced half-yearly results for the period ended 30 June 2019. Few highlights from the results released are below.

Ardent Leisure Group Limited (ASX: ALG) is one of Australia’s leading companies engaged in operating and owning premium leisure assets. The group includes assets - WhiteWater World, SkyPoint and Dreamworld theme parks and attractions across Australia. Moreover, it has a growing portfolio in the United States. The company is scheduled to hold its annual general meeting on 13 November 2019.

On 6 September 2019, S&P Dow Jones Indices announced changes in S&P / ASX Indices. As per the announcement, Ardent Leisure Group Limited would be removed from the S&P ASX 200 Index, effective at the open of trading on 23 September 2019.

On 5 September 2019, the company announced a change in the indirect interest of director, David Haslingden, in ALG. The director acquired 192,307 ordinary shares for a consideration of $1.03 average price per ordinary share, owing to which the number of securities held by the director increased to 523,980. 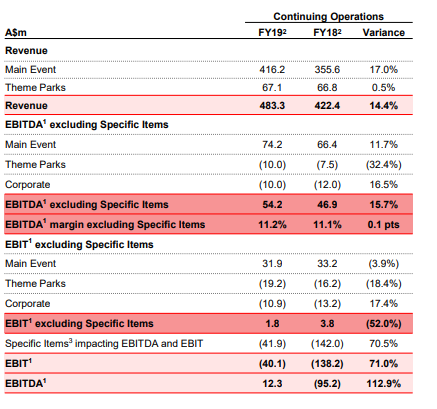