When it comes to participation in development of the economy, the energy sector of Australia plays a crucial role. Australia is a leading exporter of energy and has extensive energy resources from both renewable and non-renewable sources. However, the growth of this sector is primarily having dependency on exports. At the time of writing on 13th September 2019, the S&P/ASX 200 Energy Sector was placed at 10,583.48, with a fall of 0.46% over the previous close.

New Hope Corporation Limited (ASX: NHC) is mainly involved in the extraction and processing of coal in QLD and NSW. The company also has its footprints in marketing and logistics.

The Judgement of Court of Appeal

The company through a release dated 10th September 2019 announced that the Court of Appeal has passed a judgement, which is related to New Acland Stage 3 project 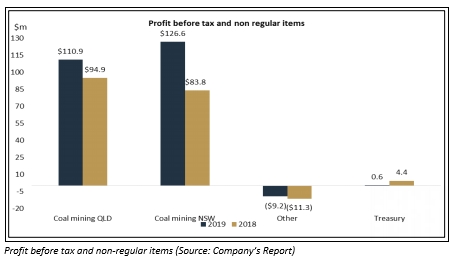 On the stock’s performance front, the stock of New Hope Corporation Limited was last traded at a price of A$2.500 per share on 13th September 2019. It provided a negative return of 39.43% in the period of six months. On a YTD basis as well, the stock witnessed a decline of 22.49%.

Whitehaven Coal Limited (ASX: WHC) is engaged in the development and operation of coal mines in New South Wales (NSW). The company has recently announced that it would conduct its 2019 Annual General Meeting on 17th October 2019, wherein the following items of business will be transacted:

As per the release dated 22nd August 2019, the company updated the market that it has entered into a binding agreement in order to make the acquisition of EDF Trading Australia Pty Limited, which owns a 7.5% interest in the Narrabri Mine, which is operated by Whitehaven.  After the wrap up of acquisition, the company would own 77.5% of the mine. This is conditional on other partners not exercising their rights.

The company will be paying a total consideration amounting to US$72 million for the acquisition with US$17 million payable on completion and the remaining US$55 million payable over five years. 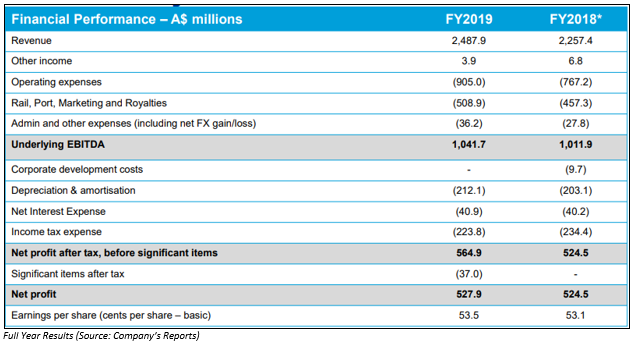 On the stock’s performance front, the stock of Whitehaven Coal Limited was last traded at a price of A$3.330 per share on 13th September 2019. It provided negative return of 19.66% in the period of six months. On YTD basis as well, the stock witnessed a decline of 15.53%.

Carnarvon Petroleum Limited (ASX: CVN) is involved in exploration, development and production of oil and gas.

Quarterly Rebalance of the S&P/ASX Indices

In another update, the company announced that it has appointed Mr Alex Doering as the Joint Company Secretary of the Company, which became effective on 30th August 2019.

The company has recently updated the market that it has closed its share purchase plan and raised around $3.5 million in addition to its successful $79 million capital raising, which was announced on 25 July 2019.

Yancoal Australia Limited (ASX: YAL) is into operation and development of open-cut-coal mines with a market capitalisation of A$3.9 billion as on 13th September 2019. The company has recently published its half-yearly results for the financial year 2019, wherein it was mentioned that the strong 1H results represented that the robust performance achieved by the company in 2018 has continued into 2019 as well. 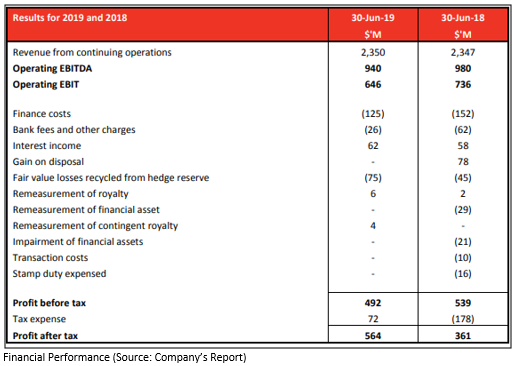 Viva Energy Group Limited (ASX: VEA) is primarily engaged in the sale of fuel and specialty products via retail and commercial channels throughout Australia.

Changes and ceasing in Substantial Holdings

The company has recently published its results for the half-year ended 30th June 2019, wherein it has communicated about its operational and financial performance for the period: 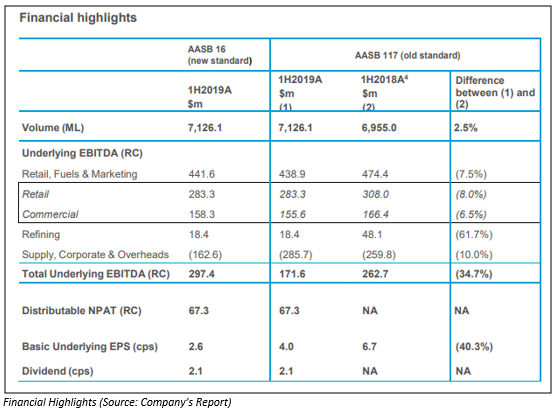