Digital media is one of the most useful innovations that arrived in the time of need. Digital vigilance and activeness coupled with generating leads & sales conversions via digital space and social media marketing is perhaps the most effective process in today’s marketing scenario. Companies typically hire an in-house digital marketing team or outsource likewise services from a digital marketing agency to make use of this vast technological advancement. In a very short span of time, digital media has brought a transformational change, and there is no stopping to its growth.

What is digital media?

Digital media can be best understood through its products. The video game one plays on their smartphones, the GPS app installed in the systems, the weather app that constantly updates one about the weather, the ultra-imaging device at medical centres, data visualisation being used by software companies, augmented and virtual reality forums - all are digital media products.

From the products mentioned above, it can be concluded that the digital media products are not centred to cater any specific industry. Few industries where these products enable and deliver experiences are:

Digital media basically refers to digitized content which is capable of being transmitted over the internet or via computer networks. Majority of the digital media is based on the concept of converting analog data into digital data.

A study revealed that the number of internet users in Australia between 2018 and 2019 remained unchanged. Though there had been an increment in the number of active social media and mobile social media users, platforms like Facebook, Instagram and LinkedIn are amongst the top-rated social media platforms. Online shopping and Netflix subscriptions have also witnessed a growth in their user metrics.

Below mentioned are few companies that are operating in the digital media and marketing realm and are listed on ASX: 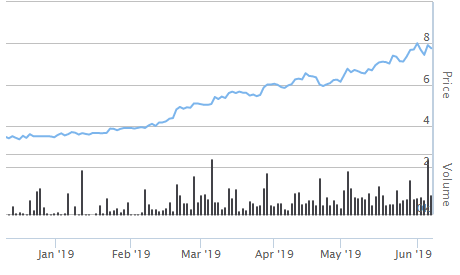 Audinate Group Limited (ASX: AD8) is a leading provider of professional digital audio networking technologies across the globe. It was formed in Sydney in 2003. The company’s corporate headquarters is in New South Wales and other offices are in Portland, US, Brighton, UK and Wanchai, Hong Kong. The company’s core technology is called Dante. 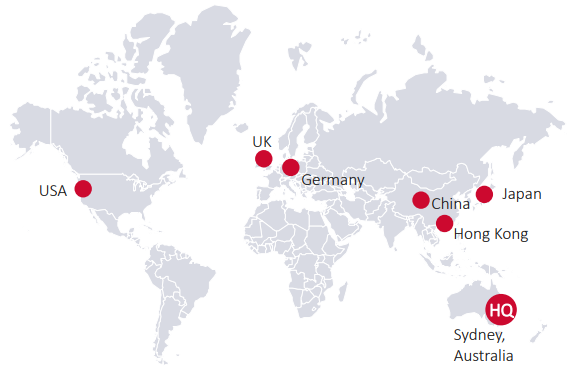 Few awards that the products of the company have been granted are:

Dante Application Library™ enables software developers to integrate Dante functionality straight into their Mac applications and personal computers, while Dante Embedded Platform™ allows manufacturers to add complete Dante functionality in the software, which is functional on ARM processors and Linux for Intel. The company will launch the two offerings in June 2019 at the InfoComm 2019 trade show. The company expects to start generating revenue from these offering effective FY2020.

For the very first time, software developers get access to an uncomplicated solution to add the Dante support to their audio and visual apps through the newly announced Dante Application Library™. The Dante Embedded Platform™, on the other hand, would aid manufacturers to propose Dante support in a much wider range of price sensitive products.

Both the solutions provide more flexibility than dedicated hardware and bear the potential to add Dante support to the products that are already available in the field. The system integrators and end users would now be able to add new features and increase the number of Dante channels to products, as their systems grow and change.

The company announced that these products had been introduced with the support of three partners:

All these companies would showcase their solutions in Orlando at the InfoComm 2019 show.

On 6th June 2019, the company released a Capital Raising Presentation, wherein it announced that it has raised A$20.0 million in a Placement to institutional investors and approximately A$4.0 million in a Share Purchase Plan to all its existing eligible shareholders.

Funds generated from the same would be used to expand the company’s global sales penetration, improvise and pace up its recent product initiatives, aid in the development of the upcoming Dante platform and contribute towards AD8’s balance sheet strength and flexibility to support overall growth.

The company provided a Competitive landscape detailed graph across the various Networked Audio Products. As per this (given below), the company is most definitely the world’s market lead when compared to other competing audio networking solution providers. Dante is deemed to have over five times the adoption of its closest competitor. 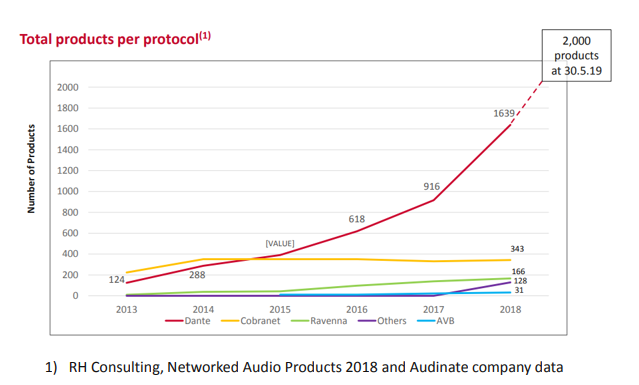 The company laid down its Core business growth strategy as follows:

On 30th May 2019, the company announced that its CTO and Co-founder, Aidan Williams would be succeeding Lee Ellison as CEO, after Lee Ellison announced his wish to retire from his role w.e.f 13th September 2019 post the company’s full year financial results release.

Audinate Group Limited announced its Quarterly report for the period ended 31st March 2019 on 18th April 2019. As per the announcement, the company’s reported cash collections stood at A$6.3 million in the reported quarter, up 40% year-on-year from A$4.5 million registered during the same period a year ago. This jump was majorly driven by the continuous growth in the company’s core business, backed by new products. Unaudited revenue was recorded at A$6.6 million for the quarter. This was more than the cash collections, given the strong sales made in March.

The company was also granted with R&D incentive worth A$1.3 million for FY18 in Q3 FY19. Going forward, this would be received in the form of a tax rebate due to the company exceeding the turnover threshold to obtain the R&D incentive in cash.

CEO Lee Ellison stated that the company has historically provided annual revenue growth in US Dollar terms of 26-31%. A likewise top-line growth performance is being anticipated to be generated in FY19.

The below table provides a gist of the company’s cash flow statement:

Post the above announcement on the quarterly financial position for 3Q FY19, the company announced on 18th April that it has received a grant from ASX to be relieved of the present obligation to file the quarterly cash flow statement. The company would, however, continue to provide half and full year financial statements.