“As economies become rich and vibrant, the leisure and entertainment businesses are likely to have favourable ramifications as well.”

What drives leisure and gaming in Australia?

Australia is not only known for its blissful terrain, nature, beaches, kangaroos etc. which enables the country to be one of the favourable destinations in the world for spending holidays, but Australians are highly competitive in games as well, racking up twenty-nine Olympic medals in the last Olympic Games.

The country is home to some of the finest players of cricket, swimming, hockey, sailing, rowing and whatnot. Australia also has some of the best-in-class infrastructures to support the high-level gaming leagues such as:

Such highly sophisticated ecosystem of world-class tournaments provides a solid base and opportunities for the gaming as well as the leisure industry in Australia. In addition, the tourism industry is also benefitted from the business in the gaming industry.

These factors, coupled with promising demographics, present a strong fundamental environment for the industries, including leisure, gaming and tourism. Hospitality, leisure & gaming industries are a significant contributors to employment as well.

Australia is ranked at number three position in the world, in terms of Human Development Index with GNP per capita income of approximately $43.5k, according to United Nations Development Programme (UNDP).

Following a shareholder vote in the US, the proposed merger between Eldorado Resorts and Caesars Entertainment was approved by the owners/shareholders of both companies. If completed, this development would see the emergence of the largest casino operator by a number of properties in the US.

The group is engaged in design, development and distribution of gaming content, platforms and systems, including electronic gaming machines, casino management systems and digital social games.

On 20 November 2019, the group reported full-year results for the period ended 30 September 2019. In terms of revenue, the group reached a new record of $4.4 billion which increased by 25.3% over the year.

In terms of profit, the group posted a profit after tax of $698.8 million, which depicted a growth of 28%. More importantly, the group has delivered an attractive dividend growth of 21.7% or 10 cents over the year, taking the total dividends to 56 cents per share for the year. 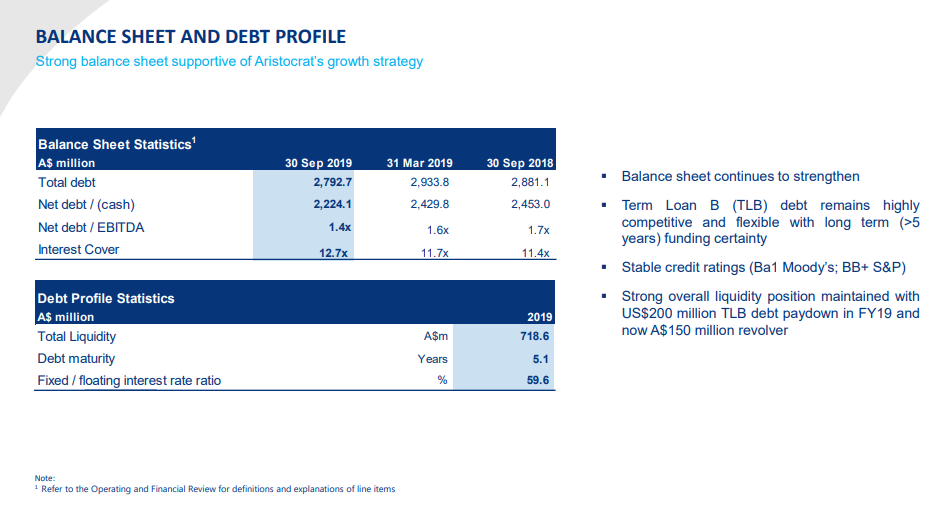 And, the company increased and targeted investment in competitive product portfolios, specifically in design and development and user acquisition. It has declared a final fully franked dividend of 34 cents per share to the shareholders in records on 29 November 2019 with a pay date on 17 December 2019.

Late last month, Tabcorp Holdings had convened its 2019 Annual General Meeting. In opening remarks, the Chairman of the company has said that according to market insights, half of the Australian adults purchased tickets for $150 million Powerball draw in September.

Tabcorp estimates that over three million people are likely to place a bet within its offerings during the Melbourne Cup this month. Its wide reach in the domestic markets was supported by brands, including NSW Lotteries, Tatts, Sky Racing, Keno, MAX, The Lott and Golden Casket.

The group is progressing towards the completion of its integration program, which was planned in December 2017 and due to be completed in FY 21. In Lotteries & Keno reset, the company undertook changes in flagship Powerball game, revamped the lotteries market to attract a new generation of players.

In Wagering & Media business, the integration has reached halfway mark in creating a fully aligned TAB offerings across Australian region, excluding Western Australia. WA is moving towards bidding process for WA TAB, and the company intends to lodge an expression of interest.

Late last month, the company convened its 2019 Annual General Meeting. In its Chairman Address, it was said that in the past five years, the company had invested over $1.1 billion in Melbourne and Perth properties in Australia to remain competitive. And, the pipeline of investment in Crown Sydney in $2.2 billion of which more than half has been spent to date.

Over 32 million visits were recorded in Crown Peth and Crown Melbourne in the last financial year, making these destinations amongst the most visited ones by the tourists. Crown is also the largest single-site private sector employer in Victoria and Western Australia, clocking a headcount of around 18.5k people.

In reply to false accusations of media, the Chairman stated that the highly qualified and experienced editor-in-chiefs of the prominent media houses in the country have not been able to verify the information circulated by them about the company independently.

Recently, the company reported that Mrs Becky Harris was nominated to the Board as a Non-Executive Director. In the past, she has also served as Chairwoman of the NGCB or Nevada Gaming Control Board (NGCB).

In addition to it, she has served in other roles as well. Presently, she is a Distinguished Fellow, Gaming & Leadership at the University of Nevada, focussing on the study of sports betting. 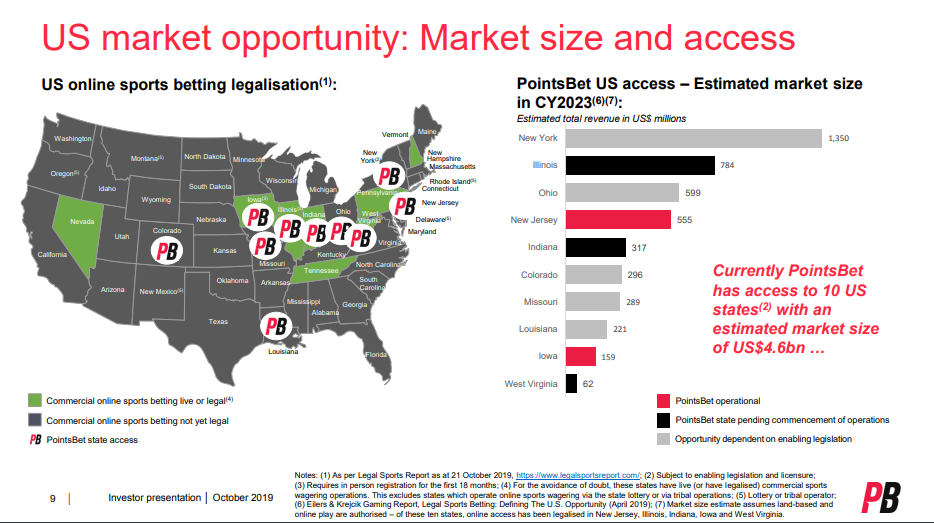 Further, the company notified that Colorado had legalised sports betting through a referendum, subject to processing of postal votes. The company intends to work with Colorado Division of Gaming which would be settling the regulations.

CLICK HERE FOR YOUR FREE REPORT!
Tags:
aristocrat leisure limited crown resorts limited tabcorp holdings limited ASX: ALL ASX: CWN ASX: TAH ASX: PBH PointsBet Holdings Limited tourism industry casino management systems
All pictures are copyright to their respective owner(s).Kalkinemedia.com does not claim ownership of any of the pictures displayed on this website unless stated otherwise. Some of the images used on this website are taken from the web and are believed to be in public domain. We have used reasonable efforts to accredit the source (public domain/CC0 status) to where it was found and indicated it below the image.