In this article, we are discussing four companies from the consumer discretionary sector that have recently released an update to the stock market. These companies include a consumer product business, a travel agency, an online retailer, and a retailer with a portfolio of renowned retail brands.

On 20 January 2020, Webjet reported that its Managing Director – Mr John Guscic agreed to extend the service contract with the company. Now, Mr Guscic has committed to remain with the company until 30 June 2023.

The Board of WEB believes that the extension of Mr Guscic’s term would enable to execute the strategy. He has been associated with the business for close to 10 years now.

Under the new contract, Mr Guscic is reported to draw a fixed annual salary of $1.5 million, which includes salary and director’s fees. In short-term incentives, he can earn a bonus of up to 50 per cent of the fixed annual remuneration, which is linked to Webjet’s performance.

Moreover, Mr Guscic is eligible for an amount of up to $350k, dependent on the company’s performance against non-financial hurdles. Meanwhile, the long-term incentives of Mr Guscic remain unchanged for the current financial year.

Although the December trading conditions were impacted due to bushfires and drought, the group achieved better trading numbers during the Black Friday and Cyber Monday event over the previous year.

Super Retail expects that the natural disaster impacts could be one-off. However, it is challenging to estimate the timeline for the recovery in sales, especially in outdoor sales category.

It reported that all four brands have been impacted to some extent with BCF and Macpac could be most affected, given their high exposure to outdoor category.

The group said that over 50 BCF stores have been impacted by fire and drought. And, the adverse weather conditions due to bushfires coincided with the peak season of BCF, resulting in a downturn for outdoor products.

BCF stores also witnessed temporary closures and team member unavailability, and the stores that were not disrupted by bushfire/drought delivered an LFL sales growth of 3 per cent during the half-year.

Meanwhile, for Rebel, the sales momentum weakened in NSW after week 16, and sales were impacted in Supercheap Auto, particularly in regional stores of NSW, Victoria and Queensland.

SUL expects that the first half segment EBIT would be in the range of $113 million to $115 million, excluding the impact of AASB 16. It anticipates reporting first-half year results on 20 February 2020.

In addition to bushfires & drought, the group earnings would be affected by higher labour costs and Macpac underperformance.

Macpac’s gross margin was impacted negatively due to a delay in price increases for the peak winter promotion period. In the second half, the group expects gross margin to be higher than the previous corresponding period.

A Look into Positives from the First Half

On 20 January 2020, KGN reported a business update, saying that the business has surpassed half-year results of the previous year. As a result, the company recorded the highest half of gross sales and gross profit. 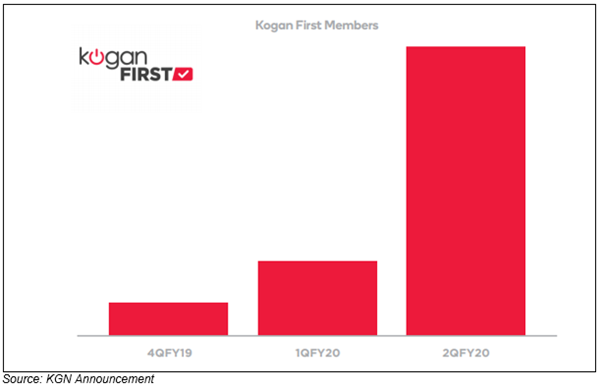 KGN also logged the highest Black Friday and Boxing Day sales in its history, and its exclusive brands grew revenue and profits during the period.

On 20 January 2020, JAT reported a distribution agreement with Ocker Products Pty Ltd (OPP) for the non-exclusive distribution of its dairy products in China over the next three years.

Earlier, in 2018, the company and OPP had entered into agreements, including exclusive distribution rights to market 900g tins of Golden Koala Full Cream Milk powder in China.

The dairy products to be sold under the agreement include full cream, skim milk and goats’ milk powders, and it is expected that orders would be received for packaged goods as well as raw materials.

Also, OPP has agreed to purchase dairy products worth $80 million in the first year, and no minimum amount is specified in the distribution agreement for the second and third years.

It was reported that the supply of products under the distribution agreement would need additional trade credit facilities of up to $10 million, considering the minimum annual sales of $80 million.

It is expected that the packaged products orders would be manufactured at the Melbourne facility to the maximum extent, and the facility expansion is expected to be completed in February 2020.

The construction and installation of machinery is expected to be completed by the end of February 2020, and the expanded capacity would allow meeting new and higher levels of orders.