Can Athena Become the Cynosure of the Home Loan Industry in Australia?

Australia has a new game changer in the market, which has disrupted the whole home loan process of the country. Athena is a disruptor of home loan industry and has changed the game entirely. This fintech start-up has introduced itself as ‘home loan wrecker’ and its motto is ‘love us and leave us’. This motto clearly highlights its philosophy of telling borrowers to pay off their loan quickly so that they can have a home and not a loan. Currently, Athena offers variable principal and interest refinance home loans for investors or owner-occupied properties but in the future more products are expected from the company.

So, who is Athena?

Athena is one of the greatest and latest Australian home loan lenders but unlike most lenders, Athena encourages its customers to pay off their loan as soon as possible so that after paying their home loan borrowers can sit back and enjoy their new home. Athena is not a bank and does not offer typical banking products like savings accounts, credit cards and personal or commercial loans. The only thing that Athena offers is home loan and that is its speciality. Now the question arises, is Athena’s home loan better than that of others. Well that depends on borrowers, if they want to refinance their home loan at low rates, with no fees, good features, loyalty bonuses and including free redraw facility and free extra repayments, then one is right at the top.

The ex-bankers of National Australia Bank Limited (NAB), Mr Michael Starkey and Mr Nathan Walsh, founded Athena in June 2017, who were determined to change the home loan industry. They basically discovered a better way of changing the home loan industry by not only helping the customers get a home loan but also by helping them pay it back as soon as possible. The company is building a new way of new home loan business that is created around the customers and not the bank.

Some Features of Athena Home Loans: 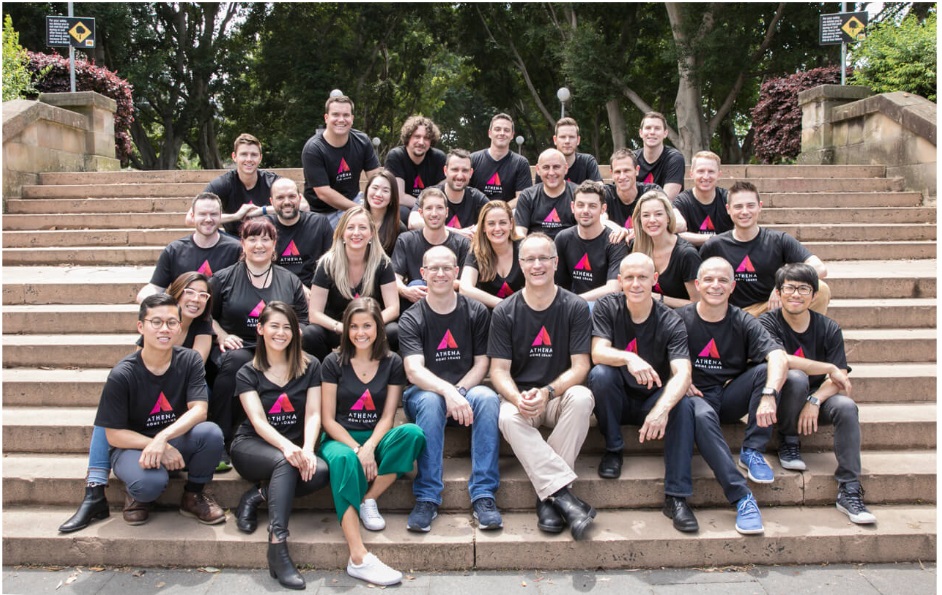 Recently, Athena Home Loans has set a record by raising $70 million to fund its expansion into home loans and by closing the largest capital raising ever led by local venture funds. Mr Michael Starkey and Mr Nathan Walsh founded this new fintech start-up and in little over a year ago it has already written more than $500 million worth of loans. This new influx of capital will help it start offering loans for purchasing property which is a bigger market for Athena.

Since the beginning, the company has raised about $115 million and currently the company is been valued at $230 million. By offering them the online platform that simplifies the application process Athena can help borrower save up to $60,000 each in the time span of their loans,

The company has a dissimilar business model as it cuts out the banks by funding loans straight from alternative sources of capital like superannuation funds or by warehouse lending. Not like the big banks of Australia, Athena has passed on each of the three Reserve Bank of Australia’s (RBA) quarter point rate cuts in full this year and guarantees its customers that they will never impose loyalty tax thus ensuring existing customers never pay more than new customers. The consumer expectations are changing, and the biggest reason for consumer frustration is the loyalty tax that the big banks impose on their customers. In the previous week, the Australian Competition and Consumer Commission (ACCC) has proclaimed an investigation into home loan pricing, with the loyalty tax being a key constituent of the investigation.

James Cameron, the AirTree Ventures partner has said that it was a sign of the increasing maturity of the sector that local funds are able to complete a round as big as Athena's without participation of offshore investors. In November 2018, the start-up set a goal of lending $1 billion in its first year of operation and Mr Walsh said that the company would happily achieve that, putting it on track to become the country's biggest fintech company.

In November 2018, Athena secured a Venture Capital funding from Square Peg Capital, Hostplus and Airtree Ventures, closing a $25 million Series B funding round. By connecting the borrowers through the online platform with superannuation funds, the start-up claims that it will help the borrowers to save more than $100,000 over the life of a loan, by cutting out the banks in between and thus avoiding broker commissions.

In its first year, the company has a plan to lend $1 billion which is a very small sum when compared with the overall mortgage market of $1.7 trillion.

Athena is Planning to Expand

Athena is planning to raise more capital soon and expand further by moving into loans for purchases and not just in refinancing loans. Because of its competitive interest rate of 3.59% the customers are mainly attracted to Athena, which makes it easy to switch mortgage lenders.