BMW Paces up its Drive towards Electric Cars

Is the Electric Vehicle Revolution becoming a reality? Do drivers aspire to switch to a completely electrically driven car? These questions are the hot topics for discussion after the recent EV syndrome took the world by a jolt, driven by the stabilization of metal prices and the policies and reforms that countries are promoting for the sale of electric vehicles.

As per reports, China recorded sale of 1.26 million EV’s last year and depicted a 61.5 per cent YOY growth. Recently, the European Union has laid down a new legislation (expected to be met as an FY2020 target), regarding the output of carbon dioxide, which needs to be curbed within the defined safety and tailpipe emission standards. Expensive reforms like this would mould the interest towards EV vehicles to grow, as not all the automakers would be able to comply by the cost margins of these rules, not to forget the level of fines that would be levied, in the case of non-adherence to these rules.

Ahead of the times to incur these costs, car makers like Audi, Fiat, Skoda and Honda have already introduced their electric cars and have plans to process the EV technology as new models as well. This shows that the retail market is growing its interest in electric motoring at a much faster pace.

BMW joins the bandwagon: In the light of the same context, BMW recently announced that it aims to pull up its socks even further and participate in the e-mobility expansion space by rolling out a range of electric cars. The company promised 25 electric models in 2023, pre-pone the delivery by two years. BMW is hopeful that by 2021, it would achieve double sales figures than 2019. By 2025, the company anticipates a steep growth curve with a soared sale of approximately 30 per cent in its sale of electric cars.

The giant brand aims to deliver a striking electrified sportscar, with the technology focussed on the driver. The company has also vouched to purchase electricity from its renewable energy sources worldwide from 2020, contributing towards its social responsibility while committing itself to transform the world into an emission-free driving sphere.

The Group’s Plan: By the end of this year, the Group plans to have over half a million with electric or plug-in hybrid automobiles out on the streets. In two years, five fully electric series-production vehicles would be made available.

Let us look at the cars to watch out for, that BMW is set to offer:

Apart from these, the brand also has a huge breadth of electric vehicles in the market. Earlier this year, BMW presented plug-in-hybrid versions of a series of cars. BMW X1 Long Wheelbase Version was also presented, besides the others along with plug-in hybrid versions of the BMW 5 Series and BMW 2 Series Active Tourer. 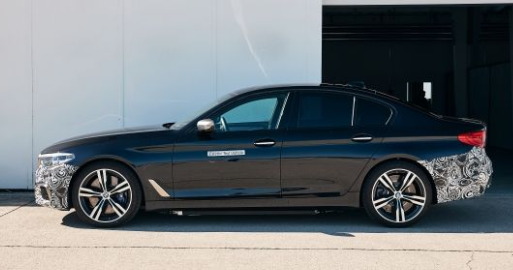 BMW eDrive Zones: Besides production and delivery of electric cars, the company announced that the BMW eDrive Zones function would be standard in BMW plug-in hybrids from 2020. This means that once the vehicle enters one of these pre-created zones, the enabled geofencing technology would recognise these automatically. The idea behind these zones was the creation of an emission-free driving and building more “green zones”. An added advantage of this to the users would be reduction in operating costs, especially in the city traffic.

Let us now look at BMW as a brand: A giant player of the global automotive industry, BMW is the abbreviation for Bayerische Motoren Werke in German or in English- Bavarian Motor Works. Founded way back in 1916, the multi-national company is based out of Germany and is a major producer of automobiles, engines and motorcycles and has its headquarters in Munich. Until 1945, the company also manufactured engines for aircrafts.

Recent Company Announcements: On 4 June 2019, the company made a remark stating that electric cars are a good choice for the environment and anyone purchasing, producing or using them is doing their good bit by contributing towards safeguarding the environment. Even though electric cars have comparatively smaller footprints than the regular ones which run on a petrol or diesel instilled engines, there is huge potential to be broken down and utilised in the EV era.

On 20 June 2019, a company executive emphasised on the importance of reduction of the emissions of carbon dioxide. It was stated that BMW Group aspires to take entire onus in the field of sustainability and understands that climate protection is always beneficial. The electric cars, therefore, pertain an edge over any diesel or petrol car.

The company had reduced its carbon dioxide emissions last year by 2.4 per cent per vehicle. In the past five years, the company has contributed to this reduction by almost 40 per cent.

BMW’s Trading Update: The company trades on the Frankfurt Stock Exchange, which is the world’s 10th largest stock exchange by market capitalization. BMW trades under the code BMW (FRA: BMW). On 28 June 2019, at the time of writing (at 5: 54 PM GMT + 2), the stock of the company was valued at EUR65.09 and was trading up by 0.49 per cent. The dividend yield of the stock was 5.38 per cent, and the P/E ratio was 7.93x. The market capitalisation of the company stood at EUR42.20 billion.