The electric vehicle demand is estimated to pick up the pace by the year 2020, and the current EV trend is also positive. As per the data, the global electric vehicle sales exceeded 2 million vehicles in the year 2018, and China alone recorded a sales of 1.26 million new electric/energy vehicles (NEVs) in 2018, which in turn, marks a year-on-year growth of 61.5 per cent, as compared to 2017.

Apart from a spectacular sales in China, the rest of the world registered a sales of 763k vehicle in 2018, which in turn, marks a year-on-year growth of 69.6 per cent in volume.

Mammoth players such as Tesla and Nissan are still enjoying the large share of the market, and the market expects further growth of these behemoths in China from 2019 onwards.

With such high demand and further demand boom projections, the global leading battery manufacturers are also scaling for growth, and the universal battery capacity is projected to reach 1,748.5Gwh by 2028.

In line with such a high volume and growth in NEV volume, the battery consumption and output in China also inched up on a yearly basis. As per the data, the installed capacity, calculated by total battery capacity installed in a vehicle sold, growing at 30 per cent compounded annual growth rate (CAGR).

The electric vehicle manufacturers are gearing up for an electricity storage battery, which takes different composition.

A typical energy storage battery design is straightforward and includes an anode, an electrolyte to carry the charge, and a cathode.

The anode makes up the simplest component of the battery and is generally made up of natural or synthetic graphite. The cathode is the trickiest part of a battery, and it is usually composed of different base metals and chemistry types.

While the battery chemistries are comprehensive, with different safety issues, we would keep our explanation restricted to lithium-ion batteries amid its wide application in the electric vehicle industry due to its high intensity and fewer safety concerns.

The lithium-ion batteries have the highest energy density and are generally regarded as safe, the lithium-based batteries do not require periodic cycling to prolong the battery life and are of wide application including the electric vehicles. However, the few disadvantages of Li-ion batteries are that they need protection circuit, which prevents the thermal runaway, and a degradation issue when exposed to high temperatures along with an impossible rapid charge at extreme low temperatures.

The battery is composed of cobalt oxide cathode and a graphite carbon anode along with lithium salts as electrolytes.

The cathode combination of nickel– manganese–cobalt is used along with graphite anode.

The cathode combination of nickel– manganese–cobalt along with graphite anode, and this is among the most significant Li-ion battery types.

The phosphate acts as a cathode material for rechargeable lithium batteries. The combination of phosphate with lithium offers low resistance with good electrochemical performance.

Apart from the chemistry mentioned above there are other popular lithium-based chemistry such as lithium carbonate and lithium hydroxide.

Post addressing the material required for a Lithium-ion batteries, let us now look over the miners, who are actively engaged in the mining of these raw material and resources.

As per the announcement made public by the company on 12th June, AVZ entered into a strategic relationship with Zhejiang Huayou Cobalt Co. Ltd, to bank on the Zhejiang Huayou Cobalt Group’s experience In the Democratic Republic of Congo (DRC) and mainland China, which in turn, would further assist the company in completing its Definitive Feasibility Study of the Manono Lithium and Tin Project in DRC.

AVZ mentioned that Huayou would also be able to provide AVZ with financing advice and assistance, along with strategic services. AVZ holds significant amount of resources in the DRC.

AVZ would be benefitted from the experience of Huayou, also Huayou holds 9.47 per cent interest in the company, and the Strategic Relationship is just not limited to the DFS or project financing.

The revenue of the company noticed a sudden surge in its previous financial year 2018; however, the investors should investigate the reason of the sudden rise to further gauge the dynamics. The sudden rise improved the three-year CAGR as well and it stood at 56 per cent. 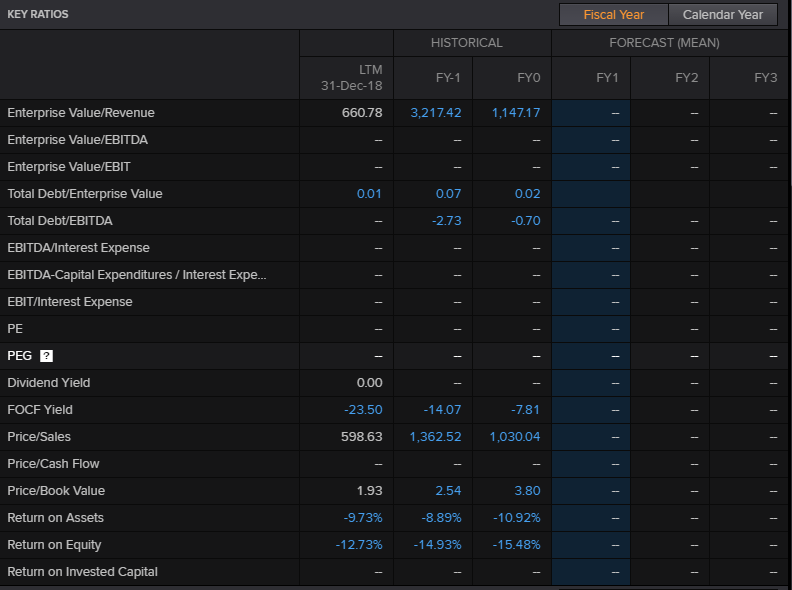 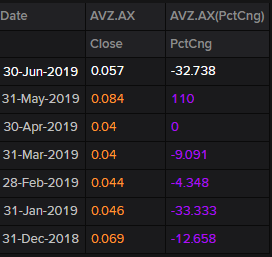 The monthly closing price return over the last six months revolved in the negative territory expect once (from April to May). The return from May’s closing to current closing price stands at -32 per cent.

However, in its downtrend the share price of the company recovered slightly in May 2019, post breaking its resistance of A$0.051. The prices broke above the hurdle and rose to the level of approx. A$0.096; however, the share price again retraced back to the present level.

After a breakout above A$0.051, the prices retracted slightly and surged till A$0.096 and fell back, which establishes perfect coordinates to connect the Fibonacci Series. The connecting point of the series is marked as 0,1,2 on the chart shown above. 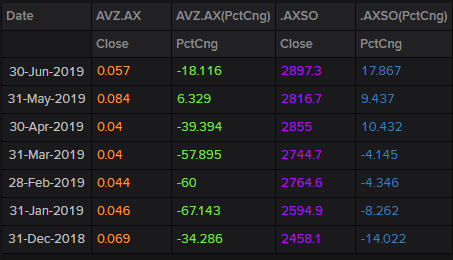 On comparing the percentage change (as per the monthly closing) since December 2018, we can notice that the benchmark index outperformed the company’s shares over the last 6 months.

To further explorer other lithium players on ASX (Click Here!!) and to know more about technical aspects. Click Here!!