Additionally, autonomous-vehicle technology witnessed rapid improvement in 2019 with the introduction of vehicles highlighting Level-2 and Level-3 functionalities. Lane improvement, possible crash detection, reduced traffic congestion, and more efficient parking are some of the characteristics of these AVs launched by Tesla and Audi. 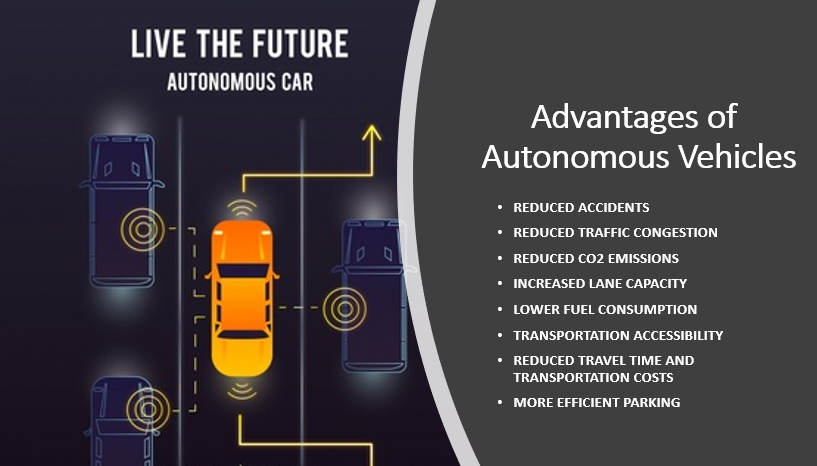 The commercial availability of Level-4 Autonomous vehicles will no longer remain a fantasy as the tech and automotive behemoth like Alphabet’s Waymo, Tesla, Lyft, Baidu, and Ford are taking necessary measures to focus more on the advancement and examinations.

In fact, per media sources, the first batch of commercially available Level 4 semi-autonomous cars are expected to hit the road within the next couple of years.

Attaining Level 5 autonomy, which is total removal of human interference, is becoming progressively achievable, thanks to the proposals by automakers like Tesla, General Motor and AutoX, globally. AutoX, a Chinese start-up firm, is the newest member to enter the league. Recently, in California, AutoX applied for a test drive of its self-driving vehicles. The vehicles are backed by a remote human operator as standby instead of an in-vehicle driver.

Over 60 companies are involved in the testing of self-driving vehicles in California. However, Waymo is the only company to have secured a license for the examination of its self-driven vehicles with no human backup.

The quick expansion in the self-driving vehicle space can predominantly be attributed to the integration of strong artificial intelligence and machine learning competencies in advanced driver-assistance systems (ADAS).

Technology companies like NVIDIA, Alphabet, Velodyne and Intel are associating with automotive participants to drive modernization in simulation software, automotive sensors, cameras, and LiDars, in order to enable driverless transport.

Furthermore, per media resources, self-driving vehicles are likely to account for approximately 66% of passenger-kilometres travelled in 2040, producing $1.1 trillion profits from mobility services and $900 billion from sales of autonomous vehicles.

Also, per Intel, autonomous vehicles knowhow is estimated to facilitate a new ‘Passenger Economy’ worth $7 trillion by 2050. The company deems that innovative business models like mobility-as-a-service (MaaS) will develop and help in reducing the overall public safety costs in the coming years.

The increasing popularity of MaaS solutions and enhanced implementation of 5G technology are predicted to be the key positives. According to media resources, the self-driving car market is anticipated to reach $173.15 billion by 2023, increasing at a CAGR of 36.2%.

Further, per another media sources, the market of autonomous cars and trucks is forecasted to reach 4,223 thousand units at a CAGR of 63.1% by 2030. The growth prospects are drawing both automakers and technology companies to this sphere.

Other Autonomous Tech Start-up in the Race

Autonomous tech start-ups, Zoox and Pony.ai hold a certification for assessing self-driving cars, transporting commuters in the existence of a standby driver.

In addition, Argo AI, supported by investments from Ford Motor and Volkswagen, is testing its autonomous vehicle abilities. It is to be noted that Argo AI is more inclined in the direction of the advancement of self-driver system, rather than focusing on developing cars or running a service.

Alphabet’s Google is attempting to boost its self-driving business, Waymo, which already enjoys a substantial milestone. According to recent media sources, Waymo’s robotaxis have already made greater than 100,000 journeys and is now proposing to grow these public services to iPhone users as well.

The company, in December 2018, revealed a Level 4 self-driving taxi facility in Arizona. Waymo has been testing driverless cars over one year and covering more than 10 million miles, with no safety driver in the seat.

Also, Ford anticipates a launch of its Level 4 vehicles in 2021. Baidu and Volvo have also inked a strategic deal to unveil Level 4 vehicles in 2021. In the meantime, NVIDIA’s focus on creating more updated artificial intelligence tech for self-directed cars by improving facilities of its DRIVE AP2X Level 2+ automated driving solutions is remarkable. The GPU-behemoth has revealed DGX SuperPOD intending to speed up its autonomous-vehicle implementation system.

Additionally, Apple’s driverless car program, Project Titan, has been in discussions for quite some time. The iPhone-maker bought self-driving shuttle firm, Drive.ai in June 2019. Apparently, the company is centred on improving driverless vehicle software.

Furthermore, Elon Musk has said that Tesla will have Level 5 electric vehicles set by 2020.

2020 Summer Olympics in Tokyo brings a lot of excitement as there is much more for visitors and residents to see than just the world’s best athletes shine in their respective sport. Tokyo 2020 is all set to surprise the people by revealing the future of travel i.e. autonomous vehicles.

The country is set to unveil self-driving cars services by 2020. This involves about 100 autonomous vehicles moving freely near the Olympics venues.

It is to be noted that the governments of Australia are collaborating to ensure that automated vehicles can be lawfully and securely used when they are accessible for purchase in the country. The objectives are to:

Self-driving vehicles are likely to be enormously important globally due to increasing focus on traffic safety. Traffic accidents involving the elderly are on the rise and the application of next-generation driverless cars, to minimise road accidents and deaths, will be a significant achievement.

We suppose that the appropriate application of government rules and regulation and adoption of technologies like artificial intelligence, sensor fusion, V2X communication, and Internet of Things, among others, will release the full possibility of an automated transportation system in the coming years.

So, buckle up your seat belt as the race to get driverless cars on the streets will accelerate soon.