Australian Stocks Trading at their Richest Valuations since 1960- Good Times Ahead?

The equity market of Australia is one of the country’s most high-profile and largest financial markets. Australia’s Central Bank, Reserve Bank of Australia (RBA) proclaims that on a daily basis, approximately $5 billion in shares are traded in the Australian equity market. Moreover, the overall market capitalisation of companies listed in the country is close to a massive $2 trillion. Large well-known companies, major banks, vital resources businesses- name them, and they are easily available on the Australian Securities Exchange (ASX), Australia's primary securities exchange.

Of late, Australian stocks have been having a gala time. For example, on 15 January 2020, the S&P/ASX 200 climbed to a fresh high nearing 7000 points, with most sectors gaining, led by the industrial. Industrial stocks, it should be noted, have been trading at high price-to-earnings multiples and a slight increase in their earnings per share in expected in FY20.

The Australian market has been primarily lifted by the approaching US-China trade deal, due to be signed by 16 January 2020. We would understand factors that are propelling these records in the Australian share market, but prior to this, let’s go back to history- during the period that is being compared to the current records- 1960’s.

1960’s in the Australian business is renowned for the mining boom. Given the industrial stocks currently are trading at their richest valuations since this mining boon period, the era does need a special mention.

The RBA states that resources stocks in Australia easily outperformed the remainder of the market in the later part of the 1960s. This was the period when the sector expanded much more rapidly, where it reached a pinnacle of more than 65 per cent of the entire market. Post the 1960’s the industrial sector, particularly the resources stocks did quite poorly, a phase which came to be known as the Poseidon Bubble.

This stock market bubble was catalysed by the discovery by Poseidon Nickel, which was in high demand for the Vietnam war, but there was a supply crunch due to supplier issues. Consequently, the price of nickel was at record levels and eventually, the price of Poseidon shares became too high for many investors, causing the bubble.

In 2020 as well, market experts opine that industrials sector could hold a few gems in the best gains on the ASX. There are emerging green shoots of a cyclical recovery after heavy headwinds throughout 2019.

The Australian share market is running hot and saw stocks climbing to fresh highs throughout this week. Possible factors that have maintained this momentum are as follows- 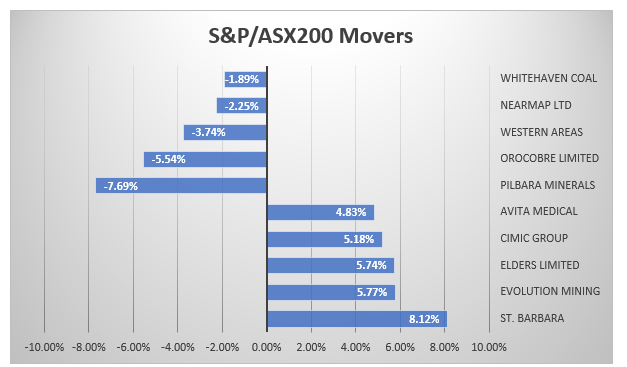 With premium valuations seen across the equites in Australia, companies thriving to ramp up in a competitive space and a pertinent announcement with regards to US-China trade hovering over us, more records can be expected on the ASX in the coming days.