Agricultural areas in Australia dominate a major portion of the landscape and have played a key role in developing the social fabric of the sovereign nation. The agricultural production caters to the domestic demand as well as provides food and resources for exports, that form a significant component of the total international exports.

As per Australian government department of agriculture, the total agriculture production is well accustomed to the variable Australian climate. However, the value of farm production is estimated to fall by 4% in 2018-19 due to multiple factors and forecast to recover in 2019-20 and then grow gradually over the medium term.

Below are four companies discussed from the Australian agricultural sector space.

Perth-based Roto-Gro International Limited (ASX: RGI) is engaged in the manufacturing and sale of hydroponically-based rotational growing systems for clients across the world. Roto-Gro is concentrating on cultivating legalized cannabis and perishable food produce that would utilise its licensed technology in the patented rotational hydroponic garden system. 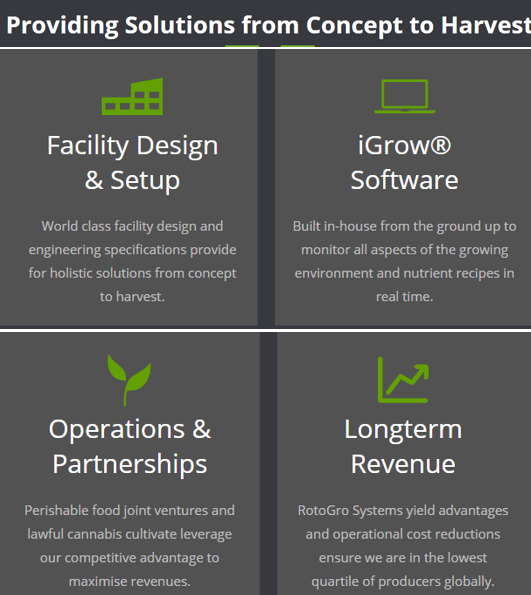 The company also offers training of operation and maintenance of the equipment and technical support. With a market capitalisation of AU$ 20.13 million and around 129.88 million outstanding shares, the RGI stock price settled the market trading at AUD 0.150, down 3.23% by AUD 0.005 with approximately 247,915 shares traded on 14 June 2019.

Recently, James and Sherry Gallant increased their shareholding in the company to 7.77% (from 7.44%), after acquiring around additional fully paid ordinary shares which now totals up to 10,088,500.

On 30th April 2019, the company released its Quarterly Activities Report, for the period ended March 31, 2019, during which it installed the 24 RotoGro Systems to Miracle Valley comprising part of its $ 2.3 million purchase order. During the quarter, Roto-Gro International closed the takeover of Roto-Gro Inc and its subsidiaries: Roto-Gro Technologies Inc and Roto-Gro IP Inc.

After the quarter came to close, the company pleasingly reported to have secured an order worth AUD 600k from Frozen Penguin. Meanwhile, RotoGro’s subsidiary, Global Fertigation Solutions (100% owned) delivered a consistently impressive performance as it recorded new sales to the value of over AUD 500k during the concerned period.

The state-of-the-art laboratory located at RotoGro’s R&D Facility in Caledon, Ontario, Canada was also completed. Currently, the engineering team of the company is working on and developing a general arrangement design for the Freshero pilot facility located in NSW, Australia.

Besides, Roto-Gro is also actively advancing its application to obtain a dual listing on the Canadian Securities Exchange, with an aim to complement its existing listings on Germany’s Frankfurt Stock Exchange and ASX in Australia.

Global agricultural technology, CropLogic Limited (ASX: CLI) is based in West Perth, Australia and provides agronomy services such as infield soil moisture monitoring, yield prediction, infrared aerial imagery and telemetry to horticulture growers across the United States and New Zealand. These technologies are built on the extensive scientific research and cutting-edge innovations developed by the company.

On 12 June 2019, the company reported that one of its Director Steven Wakefield had acquired an Indirect interest by acquisition of 2,000,000 fully paid ordinary shares at a consideration of AUD 0.039 per share on market trade, effective 7 June 2019.

On 29 May 2019, CropLogic announced that it had secured USD 4.25 million (~ AUD 6.25 million) by way of a debt instrument. This further added to the AUD 3 million of equity raised by the company (as per the announcement dated 24 April 2019), taking its total funding secured till now to be more than AUD 9 million in a four-week period.

The latest financing package implies that CropLogic is fully-funded to advance its Industrial Hemp Trial Farm Project in Oregon, USA (500 acres of hemp production), being operated by its 100% owned subsidiary, LogicalCropping. The trial Farm continues to progress rapidly with drip tape and mulch plastic laid in the area. The company has also been undertaking discussions with industry participants and receiving strong interest for the same. With leases for the expanded farmland (from over 300% to 500 acres) been signed, the company also provided a timetable for the hemp trial farm. 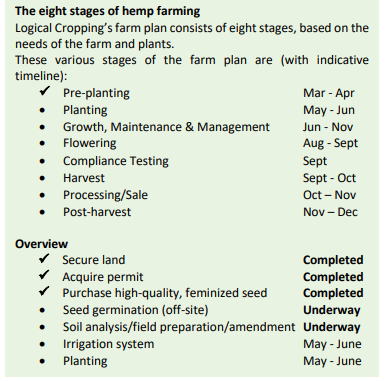 The company also reported to have sourced superior genetics seeds of three varieties (T2, Midwest and Berry Blossom) for the cultivation to begin.

Abundant Produce Limited (ASX: ABT), headquartered in Chatswood, Australia, is engaged in the development, production and commercializes of cucumber and tomato seeds in Australia. It also develops and sells a range of nutraceutical skin care products, such as cosmetic creams based on natural vegetable extracts. With a market capitalisation of around AUD 4.55 million with approximately 60.61 million outstanding shares, the ABT stock closed the market trading on 14 June 2019 at AUD 0.070, dipping 6.675 by AUD 0.005 with around 200,000 shares traded. 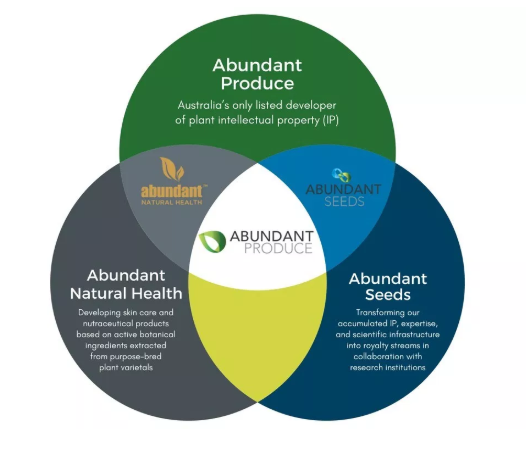 The Abundant Seeds Business deals with the production and sale of Cucumber and Tomato seeds. According to the company, the global market for fruit and vegetable seeds, which was valued around USD 8.8 billion in 2016, is anticipated to grow over USD 14.0 billion in the next three years by 2022.

Consistent growth has been observed in the Cucumber business as the company accelerated its domestic as well as international expansion. Besides, within Australia, there has been a shift from introductory to standard pricing of seeds. Moreover, seed sales up on March Quarter 2018 while market penetration in Victoria has been gaining traction.

Amongst the Queensland crop growers, mini cucumber variant has gained popularity while in South America, Mexican growers were to commence planting shortly. A Vietnam-based grower bought seeds and currently developing greenhouses for the cultivation of abundant crops. The seed trials in the USA, Canada and Middle Eastern regions are also progressing. The company’s product pipeline for cucumbers includes five new variants, approaching their commercialisation phase.

For the Tomato products, extensive R&D is being undertaken to introduce and incorporate traits that support disease resistance. Trial commercial crops of tomatoes are being grown in Sydney, northern NSW and Victoria so as to obtain an early affirmative feedback. This marks the preparation of full commercial release of ten new tomato varieties.

The Abundant Natural Health business (unleashed in second month of the year) has products ranging in over 550 pharmacies across the country. Abundant is accelerating the domestic and international promotion and distribution with Amazon.com having already accepted ANH products for the US and other regions.

Private placement: On 15 May 2019, the company announced to have received firm commitments to raise AUD 1.66 million, before expenses, by way of a placement of CDIs to sophisticated and professional investors. The 23,692,857 CDIs were to be issued at AUD 0.070 per CDI, representing a 20% discount to the 30-day volume weighted average price (VWAP) to 10 May 2019.

At the Annual General meeting held on 23 May 2019, the shareholders approved 15,221,430 CDIs which were subsequently issued on the same day at the price mentioned above. The funds raised from the placement were indicated o be directed towards the commercialisation of RZTO marketing and sales opportunities in various jurisdictions, expansion of cannabis growers marketing and sales activity in the United States, funding the pursuit of new cannabis and hemp opportunities and to provide ongoing working capital.

Everblu Capital Pty Ltd acted as the lead manager for the capital raising and would accordingly receive a fee of 6% of the total funds raised.

Also, last month, Roots Sustainable Agricultural Technologies updated the market that it was expanding well in the North America’s cannabis space, tapping third sale of its Root RZTO heating and cooling system in about a month.