A Look At 3 Stocks Related To Aussie Airline Industry

Given the fact that Australia is an island and one of the booming economies of the world, the significance of air transport and the airline industry is growing. Typically, the airlines are the carriers of passengers in the country as most of the freights are carried via ships.

Over the years, the government has played a vital role in executing required structural amendments, especially in the regional airline domain to bring out efficiency.

Coming to recent times, according to market experts, the sector is expected to remain strong for Australian tourism and a prediction believes that by 2020, the airline capacity would increase by 50%. This seems much likely to occur as the international aviation capacity to Australia has been on a growth spree over the last few years.

The Australian Transport Safety Bureau takes the onus to look after the safety shortages and aeroplane accidents in the country.

Few major airports of the country are listed below:

A few major players of the aviation sector that are listed on ASX are as follows:

With this backdrop, let us now look at 3 other stocks listed on ASX and understand their stock performance and get to know about their recent updates:

A provider of the charter, contract and allied aviation services, Alliance Aviation Services Limited (ASX: AQZ) has operational bases in Melbourne, Adelaide, Perth, Brisbane, Darwin, Townsville and Cairns. At present, it operates a fleet of 5 Fokker 50 turboprops, 10 Fokker 70LR jet aircraft, 23 Fokker F100 along with other fleet units which would begin to provide service later in 2019.

On 2nd April 2019, the company announced that it had entered into a charter services contract with Agnew Gold Mining Company Pty Ltd, w.e.f. 1st April 2019. The contract is for 2 years, wherein the company would operate 8 flights every week between Perth and Leinster.

Besides this, the company extended its existing contract with Minerals and Metals Group for 2 additional years.

Previously, the company notified on 7th March 2019 that it had extended the contract with Viva Energy Aviation Pty Ltd for 5 years. As per the contract, Viva would supply lubricants and fuels to the company over 40 locations.

The company released its H119 results in February this year and stated that it had recorded a strong financial year with increased flights and revenue. It also recorded its lowest net debt position ever and introduced 5 additional aircraft. 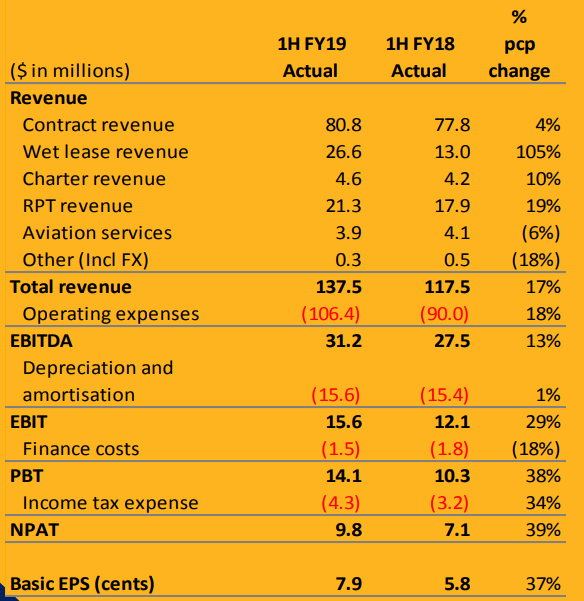 On 6th May 2019, the company announced that it had appointed a new General Manager for Technology & Marketing- Jonathan Good, w.e.f. 27th May 2019. 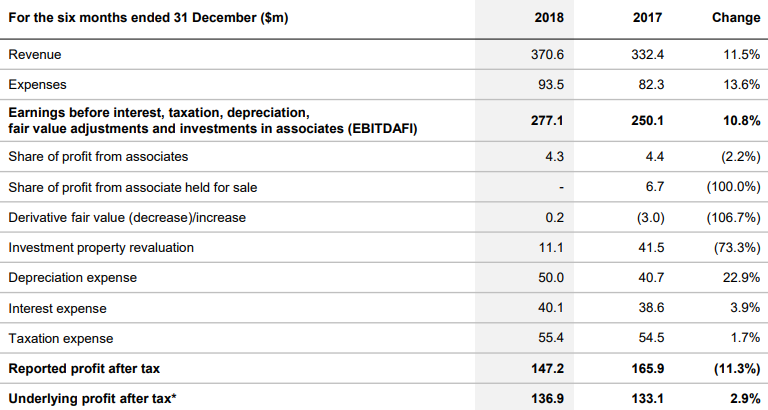 There was growth across its businesses- aeronautical revenue was driven by growth in passenger volumes and runway movements. The retail income rose due to the expanded duty-free area and launch of the luxury high street product. The parking revenue was ahead of PAX growth and investment property rental grew as well.

On the outlook front, the company expects total capital expenditure for 2019 to range between $280 million and $330 million.

Founded in Queensland and catering the aviation sector for over 100 years, the Qantas Airways Limited’s (ASX: QAN) story is in sync with the era of development of civil aviation in Australia. The company is the world's lead in the sphere of long-distance airline and known as the robust brand in Australia. 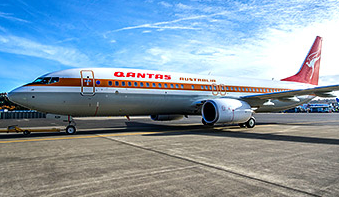 On 9th May 2019, the company announced that it had appointed Michaela May as its Assistant Company Secretary.

The company provided its trading update for Q3 of 2019 on 9th May 2019. It stated that the quarter’s revenue was up by 2.3% up on pcp and amounted to $4.4 billion. The growth was recorded despite the shift in the timing of the key holidays to the fourth quarter. This indicates that a good piece of revenue would be recorded in Q4 as well. The Group Unit Revenue increased by 4%.

Slightly on the flip side, the company’s continued capacity discipline in Group Domestic was down by 1% whereas, the same on the international domain was down by 1.9%.

The company’s market share pertaining to the corporate travel revenue rose by 2.5% points which is the highest level in three years.