A Glance at the Performance of Small Caps and Transportation Stocks

Even with optimistic graph portrayed by the US stock exchange, market researchers believe that there are sectors that have not duly contributed to the record, and this could embark a global financial turmoil in the coming days.

The small caps and transportation stocks listed on S&P 500 have been underperforming and are on a brink to reach their lowest trade levels- a record that would not be healthy for the stakeholders, if materialized. Both the sectors are heavily dependent on constantly changing market factors and demand.

FedEx, a transportation giant, believes that the US-China trade war could be a major factor affecting the slowdown of the company’s performance. A small caps expert official stated that given the growth small caps deliver, a period of quietness and downfall is likely to trigger a foreseeable worry.

Industry experts commented that both these stocks have been on a verge on hitting their respective lows since 2009.

In the light of this update on the global front, it can be noticed that unlike the underperformance of the stocks across the world in the past, ASX has a few stocks that have relatively been on the positive end of trade as well. Let us now look at how the small caps and transportation stocks are performing in Australia, on ASX:

As depicted in the graph below, the two stocks under discussion are on the opposite sides of generating their respective 6-month returns. While Transurban Group (ASX: TCL) have yielded positive returns (of 28.48 per cent), Regional Express Holdings Limited (ASX: REX) has curved down, generating negative returns (of 2.11 per cent) in the same time frame.

Let us look at the stock performance and recent updates of both these transportation companies:

Company Profile: Considered amongst the world’s largest toll-road operators, TCL is the Australia-owned company, operational in Sydney, Brisbane, Melbourne, The US, Canada and Greater Washington. The company is tech-friendly and indulges in research and development innovative methodologies with the aim to ease travel for its customers. TCL was listed on ASX in 1996.

Company Update: On 21 May 2019, TCL announced the final distribution of dividend (DRP) of 30 cents per stapled security is to be paid for the six months period, which would end on 30 June this year. The key dates for the same are mentioned below:

The company would be conducting its Annual General Meeting on 10 October 2019 in Melbourne.

TCL conducted its Investor’s day on 29 April 2019 and stated that it had 3 main near-term priorities. These were the delivery of the committed projects, maximising the operational performance and enhancing the customer and community offerings. The nearest project to be completed is the $320 million worth Logan Enhancement Project, targeted for mid of this year.

Company Profile: Regarded as Australia’s largest independent regional airline that operates more than 50 Saab 340 airplanes across 60 destinations in Australia in approximately 1,500 weekly flights, REX was listed on ASX in 2005. Pel-Air Aviation and Australian Airline Pilot Academy are two of the group’s 100% owned subsidiaries.

Company Update: On 24 June 2019, the company announced that Pel-Air Aviation was granted a 2-year extension on the contract by Ambulance Victoria regarding the provision of Fixed Wing Air Ambulance Services. The extension now ends in June 2023. The company would be providing fixed-wing aeromedical transfers via this contract.

In its First Half Financial Year 2019 results, announced on 27 February 2019, the company notified that it had generated a statutory PAT of $9.8 million, (7.7 per cent better on pcp) on a turnover worth of $163.8 million which was 8.5 per cent better than the prior year. The company’s Executive Chairman, Lim Kim Hai informed that the Fuel for 2H FY19 had been hedged into a $2.3M reduction compared to the pcp.

As depicted in the graph below, it can be seen that both the stocks under discussion, Redbank Copper Limited (ASX: RCP) and Musgrave Minerals Limited (ASX: MGV) have delivered negative returns in the past 6-months. These stocks are akin to the small caps on global exchanges, which, as discussed earlier, have not performed well in the recent times.

Let us take a brief look at these stocks and their recent performances:

Company Profile: Focussed on the discovery and development of mineral projects, particularly copper, RCP, at present is dedicated towards the Redbank Project in South Australia. Besides this, it would also undertake work at Millers Creek, in the Northern territory, during the wet season. Redback Copper was listed on ASX in 1993. 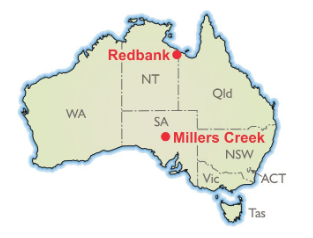 Company Update: For the quarter ending 31 March 2019, the company announced that it had been granted the Gawler Craton region in South Australia which holds the tenement of Millers Creek and Kingoonya. The region was being scrutinised for data by the South Australian Government with the help of Geoscience Australia.

Company Profile: A minerals exploration company focussed on the exploration, discovery and development of gold and base metal resources within Australia, MGV was listed on ASX in 2011 and has its registered office in Perth.

Company Update: MGV on 4 June 2019, released a presentation, The Resources Rising Stars Gold Coast and stated that it was targeting the main high-grade systems and near-term productions. The New lake Austin North discovery had multiple high-grade discoveries and is well funded prospect, with Six third-party mills located close by. 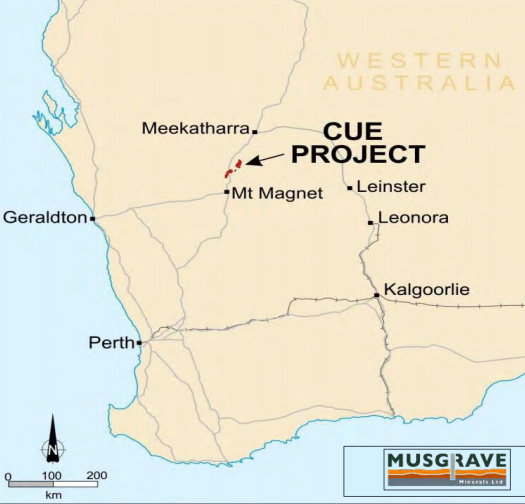 As per its quarterly report for the period ending 31 March 2019, the company’s operating activities had generated cash outflows of approximately A$2.08 million.