Among numerous listed stocks on ASX, there are a few that are always on the investor’s radar for them to make a potential move. Here’s a brief look at four such stocks as follows: 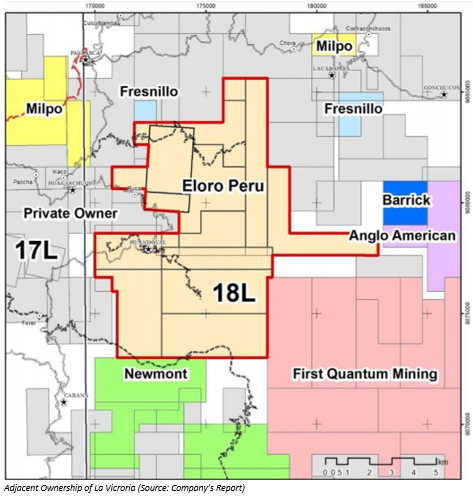 On 24th April 2019, the company released its March 2019 quarterly report. In the quarter period, a reanalysis of the selected core was carried out from the 4,216m of drilling at Rufina. The company also conducted a mineral determination study from 18 representative rock samples. The local community engagement is continuing over the project with a focus on the San Markito area. Also, the company reported total net cash of A$2.69 million at the end of the reported period.

On 4th April 2019, the company was notified by ASX of a probable suspicious trading activity in its listed securities to which the company stated itself to be clean.

According to March 2019 quarterly performance, the company had received an award of ~US$70,000 in support of a United States Navy development project. In April 2019, another US$30,500 contract was awarded or the purchase of SwarmDiverTM system. At the end of the quarter period, the company had net cash of A$215,470.

In the quarterly update, ended 31st March 2019, the company announced the revenue of $1.22 million with an operating loss of $363,567. The net loss for the period was posted at $9.3 million. The company also reported that its ClickSuper Single Touch Payroll (STP) had increased by 100% from March to April 2019. 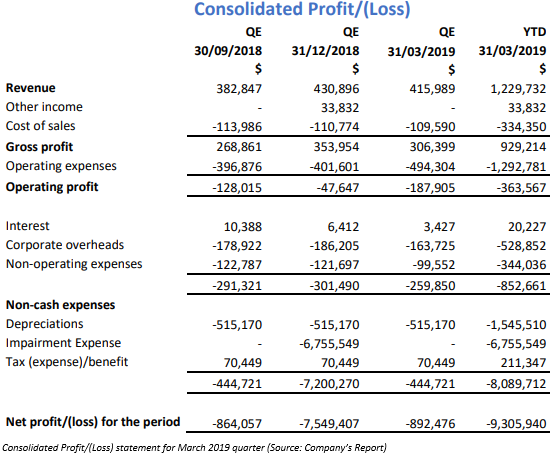 On 8th February 2019, the company had provided its corporate update and strategic review.

On 26th April 2019, the company announced that it is approaching trading blackout period related to the data from ATL1102 clinical trial. Ahead of the period, the board had approved to issue up to 45 million via Loan Shares and/or options at a price of not less than $0.08 per share.

On 24th May 2019, the company announced the full enrolment of phase II clinical trial of ATL1102.

According to the March 2019 quarterly result, the company used A$778,000 for operating activities, A$1.54 had been received from financing activities. No activity was conducted on the financing side. At the end of the quarter, the company reported net cash of A$3.67 million.