Due to the successful journey of FAANG stocks in the US, the term WAAAX was incorporated in Australia, backing the premise that future lies in technology. WAAAX stocks include the following:

In the recent past, the market has struggled with the unstable economic and political conditions prevailing around the globe. Like any another stock, WAAAX stocks also felt the heat and witnessed a downfall in their respective stock prices during this period. In the midst of these conditions, one of the companies in WAAAX outperformed the market sentiments - Xero Limited. Xero is the company that went for listing on the stock exchange directly in 2006, instead of raising funds through venture capital.

New Zealand based company, Xero Limited (ASX:XRO) provides accounting software services based on cloud software. This software integrates with more than 800 business applications and serves to more than 2 million subscribers present globally. For two consecutive years in 2014 and 2015, Forbes labelled Xero Limited as the World’s Most Innovative Growth Company.

Viewing the stock performance of each these five companies in WAAAX during the period of 3-months and 6-months, respectively, we have observed the following: 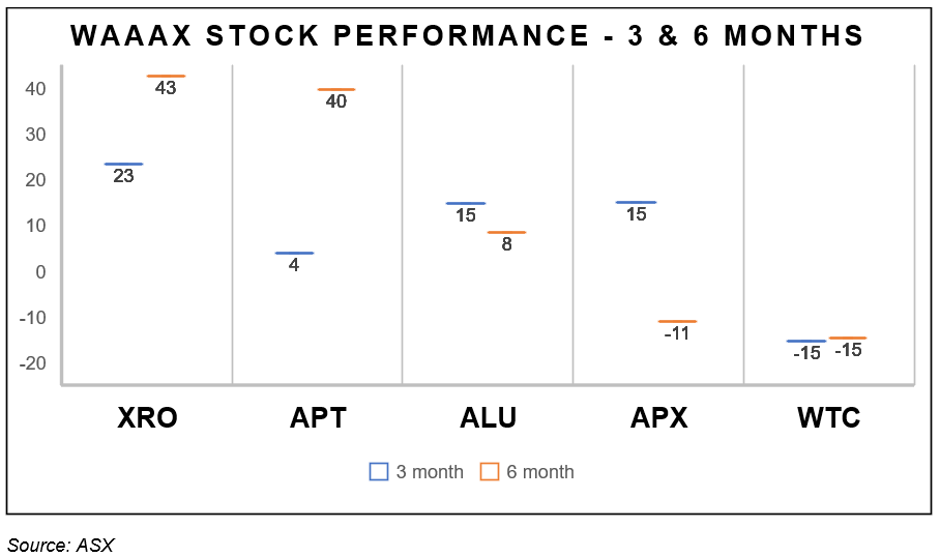 Let us look at some of the probable reasons for the consistent stock performance shown by XRO during this time frame. 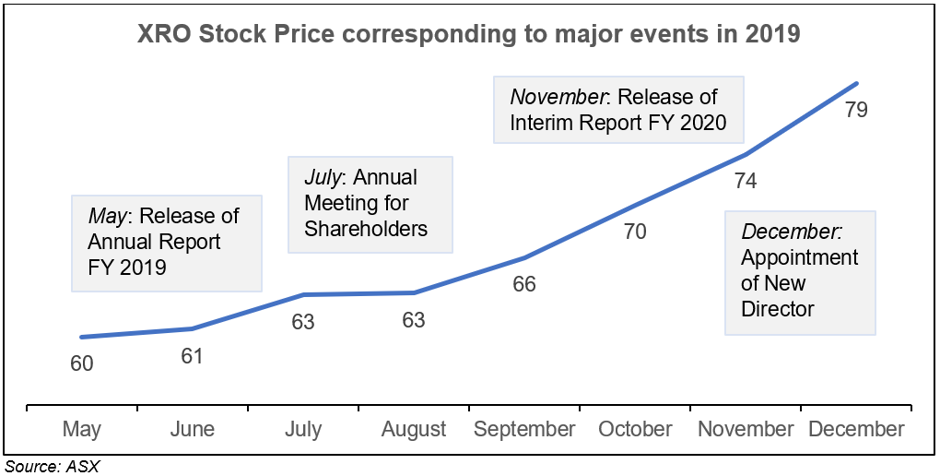 The above growth pattern in stock movement over the past one year can pertain to the following three reasons.

Key takeaways from annual performance (FY 2019) are as follows:

Key highlights of the interim results for FY 2020 (as against H1 2019) are as mentioned below: 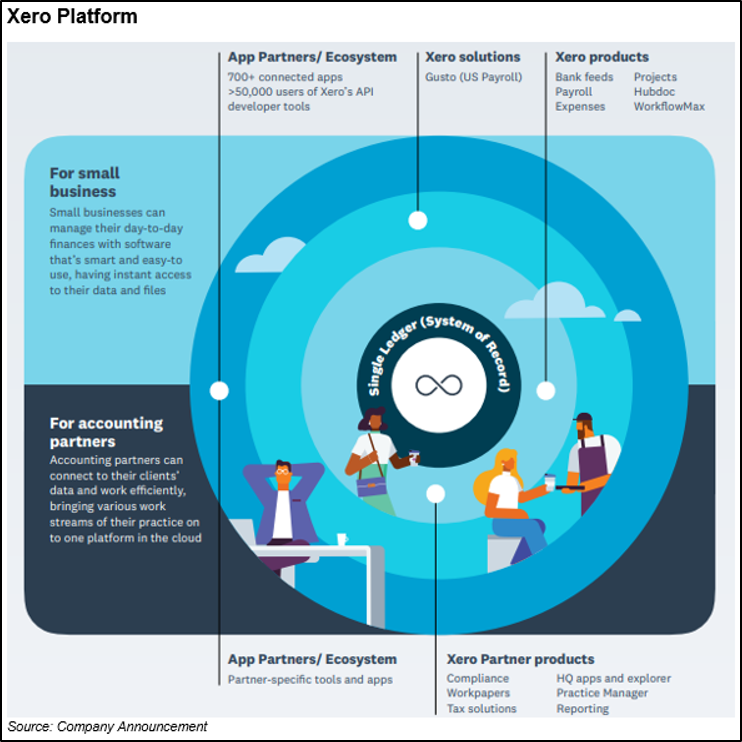 There was an increase of 0.58 percent in the stock price of XRO as on the date of announcement (13 December 2019) about Mr Thodey being appointed as a Chair to the Board of the company.

Disclaimer
This website is a service of Kalkine Media Pty. Ltd. A.C.N. 629 651 672. The website has been prepared for informational purposes only and is not intended to be used as a complete source of information on any particular company. Kalkine Media does not in any way endorse or recommend individuals, products or services that may be discussed on this site. Our publications are NOT a solicitation or recommendation to buy, sell or hold. We are neither licensed nor qualified to provide investment advice.