Appointment of a New Non-Executive Director

The newly appointed mining engineer, Mr Marwood, has brought 30 years of operational, corporate, development and managerial experience to Middle Island. He has so far participated in the commissioning and/or construction of some twenty-six projects internationally, performing in a very practical and cost-effective manner.

Mr Marwood has joined the board with the full support of the company’s new significant shareholder, Mr Stephen Copulos, whose team has shared the company’s strategy to recommission the Sandstone gold plant at the earliest opportunity via stand-alone pre-feasibility study (PFS) update and consolidate the broader Sandstone field to create a substantial, sustainable, regional gold producer.

The renowned mining investor, Mr Copulos has provided a strong endorsement to Middle Island’s strategy and vision, committing to invest at least 50 per cent in Tranche 1 of the company’s recently announced Placement to raise up to $1.04 million. He also has an option to participate in Tranche 2 to the same extent.

Mr Marwood has been appointed to drive the recommissioning process of Sandstone gold project and mill as a stand-alone operation as early as possible. The refurbishment cost of the Sandstone processing plant has been estimated at $10.3 million, which is significantly less than the cost (~$60 million) of constructing a new plant of similar capacity. 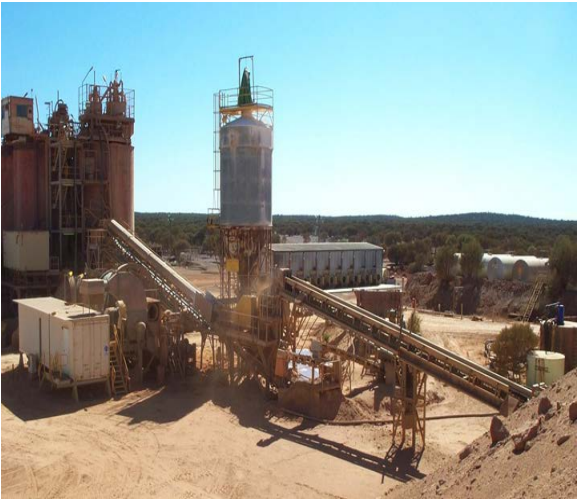 Mr Marwood’s appointment follows the completion of positive re-optimisation of the Sandstone project and following initiation of an updated PFS.

In October this year, the company declared the results of the re-optimisation study conducted by Whittle Consulting for the Sandstone project. The study revealed that the Sandstone processing plant might be refurbished in a cost-effective manner utilising feed from the company’s existing Mineral Resources.

Based on the current Mineral Resources, MDI is updating the PFS to review the economics of recommissioning the flagship Sandstone project. Contingent on positive pit re-optimisation at prevailing gold prices, the company has already commenced PFS update, that is likely to be completed in March 2020. The company is also undergoing discussions with four parties to obtain proximal supplementary mill feed.

Middle Island intends to focus on enhancing the front-end of the production schedule in 2019-20 via:

MDI is on track to progress with the proposed transition from gold explorer to producer/developer. It has commenced discussions on financing of the Sandstone processing plant refurbishment and recommissioning, with all permits in place to initiate mining if the plant is recommissioned.