The stocks of Snow Lake Resources Ltd. (NASDAQ: LITM) seem to be drawing attention from the market participants on Friday, September 23, as evidenced by the boost in its recent stock price. The stock price of LITM stock climbed up more than 18 per cent in the morning trading on September 23.

Let's explore recent developments of the firm for insights on what might have helped in the recent surge in its price:

Snow Lake Resources is a clean-energy-focused firm that operates a whole renewable ad sustainable lithium mine. The company said on September 23 that it had signed a non-binding Memorandum of Understanding (MOU) with LG Energy Solution.

According to the announcement, the companies would work in tandem to explore opportunities to build one of Canada's first lithium hydroxide processing plants. The plant would come up in Manitoba.

As per the terms of the MOU, Snow Lake would be supplying LG Energy Solution with lithium for over ten years once production begins in 2025. Meanwhile, the agreement and partnership would depend on several conditions, including the completion of "due diligence" from both companies. 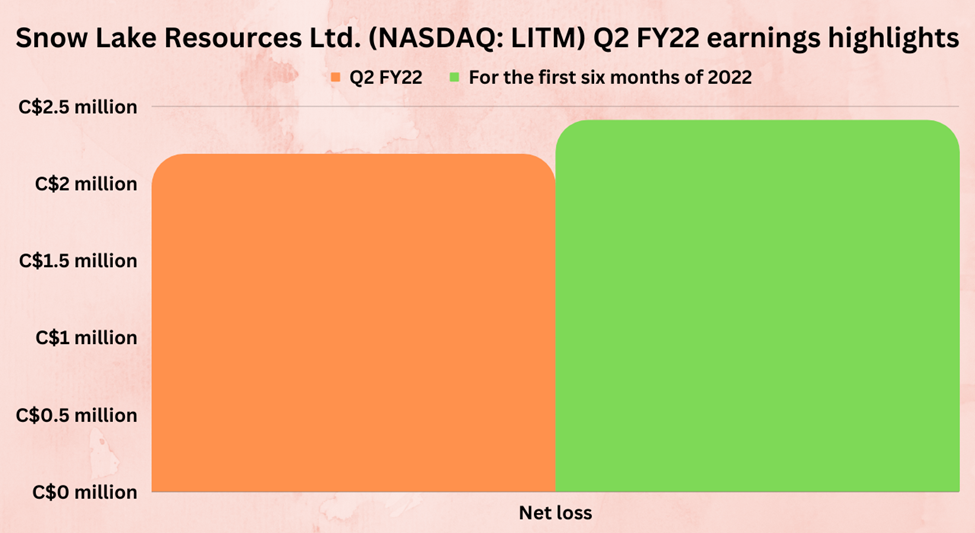 During writing, the trading volume of Snow Lake Resources was over eight million. The stock of the US$ 48.17 million market cap company decreased by about 58 per cent YTD while slipping about 79 per cent YoY.

Meanwhile, on September 15, the lithium company said it had completed 20,000 meters of drilling since its 2022 drilling campaign started in January.