Wall Street indices closed the session mixed on Wednesday, September 14, as the market participants took advantage of some beaten-down stocks after a massive selloff on Tuesday after inflation data.

The strong inflation reading from last month raised concerns over a third 75 basis point hike in interest rates by the central bank. The investors were anticipating that a decline in the inflation reading would make the Fed scale back with its tightening monetary plans.

Meanwhile, the producer price index or PPI data by the Labor Department on September 14 showed a decline of 0.1 per cent in August from the prior month, due to the decrease in gasoline prices. Excluding the volatile items, the core price index rose 0.4 per cent.

For the 12 months through August, the producer price index advanced 8.7 per cent, following an increase of 9.8 per cent in July.

The energy and consumer discretionary sectors were the top movers in the S&P 500 index on Wednesday. Eight of the 11 segments of the index stayed in the negative territory, with materials and information technology sectors declining the most.

Shares of Twilio Inc. (TWLO) gained more than nine per cent in the intraday trading after the cloud communications firm unveiled its plans to trim 11 per cent of its workforce as it aims to boost its profit.

Starbucks Corporation (SBUX) added over five per cent in the intraday session, after the coffeehouse chain operator lifted its earnings guidance for the upcoming quarters. 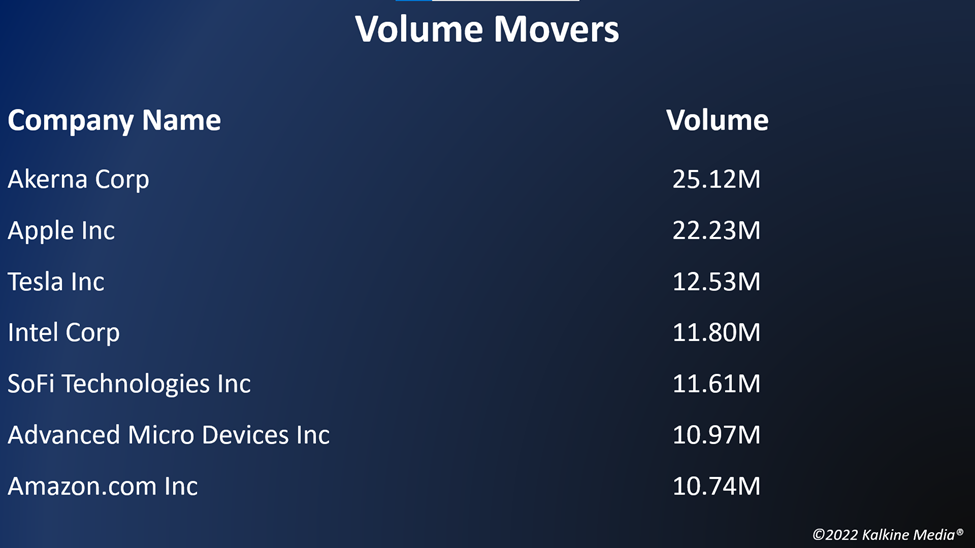