Brent crude prices surged to reach a two-year high level of $73.52 on 14 June, which further pushed the oil prices upward.

Brent crude prices rallied in the anticipation that oil demand is expected to rise as Covid-19 restrictions have started to ease globally backed by strong vaccination programmes.

US Energy Information Administration (EIA) forecast highlighted that shale oil output was expected to increase by about 38,000 barrels per day (bpd) in July to about 7.8 million bpd. Shale Oil output accounts for more than two-thirds of US production.

As per International Energy Agency’s (IEA) 11 June predictions, the global demand for oil is expected to reach pre-pandemic levels by the end of 2022.

The Paris-based body also stated the oil consumption rebound is expected by 5.4 million bpd this year, as the economies are reopening after the successful vaccine programmes.

Meanwhile, OPEC+ group are also expecting to boost their output by 1.6 million bpd next year to keep world oil markets adequately supplied and beat the 2019 levels.

But in contrast, OPEC+ has been restraining production to support the oil prices after the demand fell due to the pandemic. 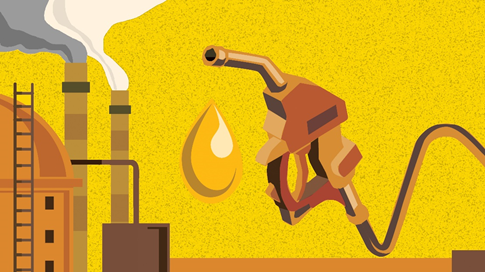 Let us see how these major oil stocks were trading:

The company is looking to sell some of its holdings in the largest US oil field, mainly from Permian Basin, located mostly in Texas.

BP Plc will bid for the permits to build an offshore wind power project off Norway along with Norway's Statkraft and Aker Offshore Wind.

The company has commenced US$4 billion 10-year investment programme for the expansion and upgradation of its two Ghana’s fields.

Cairn is one of the leading independent oil and gas exploration company in Europe.