SIG Plc (LON: SHI) is the FTSE All-Share listed construction stock. The Company is the leading supplier of specialist building solutions to customers across Europe and is a specialist merchant of roofing materials to medium-sized business. Based on its 1-year performance, shares of SHI have generated a return of about negative 61.84%.

The Company is the supplier of specialist products to the construction industry and related markets. The Company operates through two geographic segments – 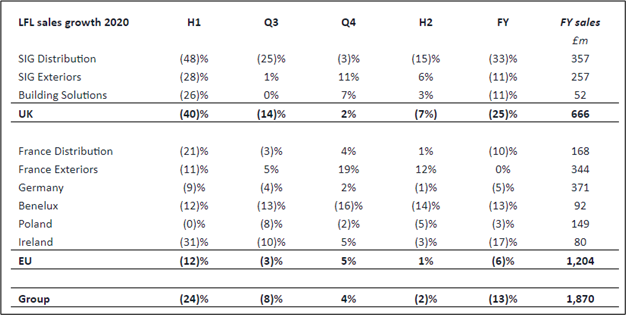 On 16 December 2020, the Company had updated regarding the appointment of Alan Lovell as an independent non-executive director of Mitie Group Plc effective from 01 January 2021.

On 16 December 2020, the Company had updated regarding the appointment of Kath Durrant as a Non-Executive Director and Chair of the Remuneration Committee with effect from 01 January 2021. Kath would replace Kate Allum, who would no longer be associated with the Company effective 31 December 2020. 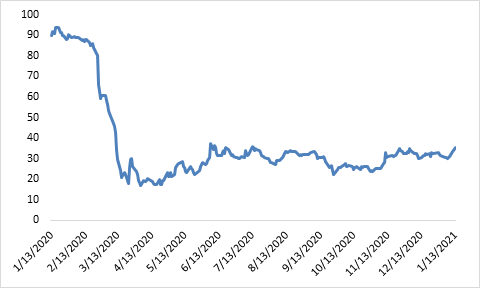 The Company had demonstrated strong recovery across all geographic segments and products and delivered encouraging financial performance during the second half of 2020. The Company had highlighted the Covid-19 pandemic uncertainty may persist for short-term. However, the Company is well-equipped to tackle all the challenges. The Company believed that results of the management actions taken in 2020 would be reflected in the financial performance of 2021 and the Company is all set to show organic revenue growth in 2021 with subject to no further material disruption. The Company had established confidence regarding its profitability and highlighted it would return to underlying operating profitability during the second half of FY21. The medium-term targets set by the Company are shown below -