Which are the 10 biggest FTSE-listed healthcare stocks?

Healthcare stocks are the flavour of the season. The pandemic has made people more aware of the importance of research and development in pharmaceuticals. This has also made investors more interested in healthcare stocks as a potential investment option. 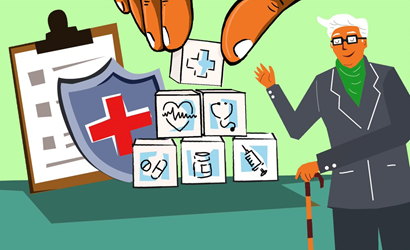 Here are 10 FTSE listed healthcare stocks that have had a sound run in the market.

Glaxosmithkline shares have a year-to-date return of 5.74 per cent and a market capitalisation of £72,305.17 million. The shares have a dividend yield 5.63 per cent.

For the full year of 2021, the company expects adjusted EPS to fall in the range of a mid to high-single digit percentage.

For the full year of 2021, the company expects its core revenue from global Injectables sees a growth in the mid-single digits. Core operating margin is expected to be within 37 per cent to 38 per cent. In the generic segment, the company’s revenue is expected to be towards the top range of the guidance of $770 million to $810 million, while the core operating margin would be around 20 per cent.

In a trading update the company said that it continues to benefit from lower underlying selling, general and administration (SG&A) costs because of the pandemic, coupled with robust market fundamentals. Further easing of lockdown norms as well as the completion of the pre-Brexit inventory, makes the board confident that the strong performance would be maintained for the whole year.

Oxford Biomedical shares have a one-year return of 79.29 per cent and a year-to-date return of 33.86 per cent. The current market capitalisation of the stock stands at £1,131.51 million.

Puretech shares have a one-year return of 26.32 per cent and a market capitalisation of £975.64 million.

Vectura shares have a market capitalisation of £815.30 million and a one-year return of 12.94 per cent.

For the first quarter up to 31 December 2020, the company’s financial year started on a good note and operating profit at constant currency for the quarter to 31 December 2020 is expected to be more than the same quarter last year. The company is acquiring PHMR Limited for about £32 million.