Optibiotix Health Plc (OPTI) is a York, United Kingdom-based life sciences company, engaged in the research and development into microbiome modulators. The company identifies and develops a range of products to modify the human microbiome. The group has established a pipeline of microbiome modulators, while this can impact on the energy harvest, appetite suppression, and lipid and cholesterol management. The company’s three core screening platform are OptiScreen, OptiBiome, and OptiBiotics.

On 10th June 2019, ProBiotix Health Ltd. fully owned subsidiary of OptiBiotix Health Plc signed an agreement with Biovagen Healthcare Pte. Ltd. As per the agreement, the ProBiotix will provide a license to Biovagen to use its cholesterol management products such as CholBiome®x3 and CholBiome® in Vietnam.

Biovagen is a Singapore based pharmaceutical company and is a leading pharmaceutical distributor in Vietnam. The company through its subsidiary Viet Phap International Co., Ltd sells speciality pharmaceuticals, probiotics players and global generic drugs in the Vietnamese market.

Biovagen will also be granted with the exclusive rights to sell products in Vietnam for 3 years and will cover the costs related to registration of products with the local authorities. The company will market CholBiome® as BioStatin and CholBiome®x3, the ProBiotix's flagship product to reduce cholesterol, will be marketed as BioStatin Platinum. The Biovagen had to sell half the minimum quantity for the first year from the date of signing the agreement in order to maximize the return for both parties.

As per the official figures stated by the World Bank, Vietnam’s current population is around 97 million and is expected to increase to around 120 million by 2050. The country’s economy had seen some major developments in the past 3 decades with a strong growth rate between 6.5 to 7 per cent annually.

The country is currently facing a challenge of the rapid increase in the ageing population and the occurrence of cardiovascular disease had led to 31 per cent deaths which are around 170,000 annually. While the 20 per cent of the country’s population is being affected by high blood pressure, as per the data provided by the World Health Organisation.

Vietnam is known for its good healthcare services and is ranked second in the ASEAN region (Association of Southeast Asian Nations) in Human Capital Index of The World Bank in the year 2018. Singapore holds the first rank globally.

With the agreement, the OptiBiotix will have the strategic advantage as this will bring its products to the international markets with its own branding or distributor’s branding. With the increase in the volume costs of each product will decrease and will improve the profitability margins of the OptiBiotix. The company can also build brand value if its able to create a global demand for its products. 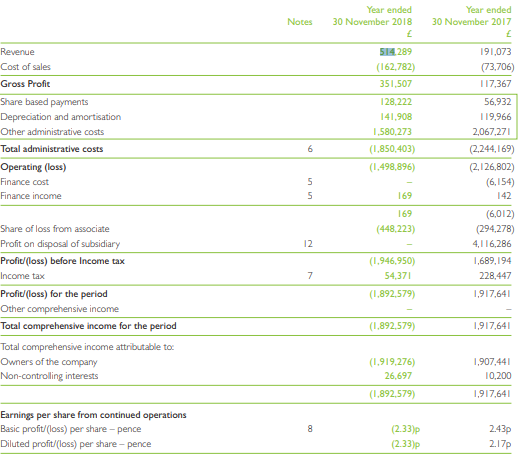 The Board recognises the importance of KPIs in driving appropriate behaviour and enabling of Group’s performance. For the year to 30 November 2018, the primary KPI’s were the completion of commercial agreements and the expansion of the Optibiotic platform. The Group intends to review the following non-financial KPIs going forward – Customer relationships, IP and trademark registrations, Service quality and brand awareness, and Attraction, motivation and retention of employees.

Daily Chart as at June-12-19, before the market closed (Source: Thomson Reuters)

At the time of writing (as on June 12, 2019, at 8:54 AM GMT), shares of Optibiotix Health Plc were quoting at GBX 80.60/share and declined by 1.70 per cent against the yesterday's closing price level. The outstanding market capitalisation of the company stood at around £69.85 million. The company’s stock beta was 1.53, reflecting a higher correlation of the stock against the benchmark index.

From the SMA standpoint (simple moving average), at the time of writing, its shares were trading above the 30-days and the 60-days SMA. However, they were trading considerably below 200-days SMA, which indicates a negative trend in the stock price and carrying the potential to move down further from the current trading levels.

In the past 1 year, shares of Optibiotix Health Plc had delivered a positive price return of 21.48 per cent. However, on a year-to-date basis, the stock was down by approximately 9.89 per cent and remained flat in the past three months.

In the last year, the company had been in a transition phase. The company shifts its focus from research and development to strong commercial traction by offering award-winning products and technologies. The company is entering into partnerships to grow its operations rapidly. The company estimated that it will enter more strategic alliances in the year 2019 and will result in growth in the revenue of the company. The company is also focusing on its online platform in order to generate additional revenue and to reach the large mass. The company is also expecting an increase in the sales of the company after the launch of new products in the market. In the financial year, the company is anticipating revenue from its SlimBiome® Medical, OptiBiotic®, SweetBiotix® and from microbiome modulating platforms as well. Managing Director of OptiBiotix’s prebiotic division Frederic Narbel had worked hard for revenue growth from these new products offerings by the company. The company apart from strategic partnerships is investing in digital and newspaper advertising to increase in brand value and to enter into other markets globally.