The fully integrated specialty pharmaceutical group, Allergy Therapeutics PLC has said that all the resolutions which were proposed at its Annual General Meeting (AGM) on Tuesday were passed, barring one the resolution 10.

Resolution 10 talks about disapplying pre-emption provisions of Section 561 of the Companies Act 2006, which is about allocating equity securities. The resolution was held back because 49 per cent shareholders voted against it.

Resolutions one to nine were proposed as ordinary resolutions, whereas Resolution 10 was tabled as a special resolution. Even though resolution 9 had the same percentage of shareholders voting against it, it was passed. The voting was conducted at the AGM by a poll.

Results at a glance: 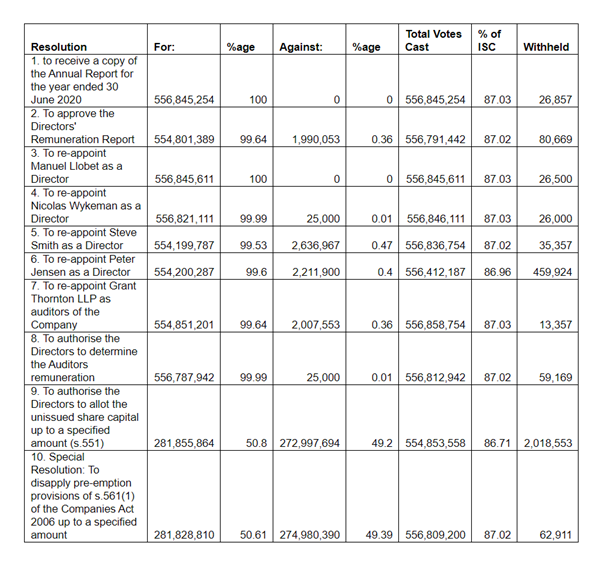 Pre-emption provisions of Section 561(1) are related to the existing rights of shareholders, which states that the company must not allot equity securities unless it has made an offer to each shareholder who holds ordinary shares in the company or the period under which any such offer may be accepted has lapsed.

The board has said it is committed to have an open and transparent dialogue and keep trying to engage with the shareholders to look for a solution.