The announced joint venture would be going to have a crucial role in the manufacturing of the British Army's Mechanised Infantry Vehicle (MIV) "Boxer 8x8" and in the development of the other weaponized military vehicle programmes. Also, RBSL would extend support to the British Army's in-service bridging and armoured combat vehicles.

A vital constituent of the FTSE 100 index and listed on the UKâs bourse, the BAE System Plc is an aerospace and defence group company. Their advanced defence technologies safeguard the nation's security, people and keep censorious information and infrastructure secure. As per the latest annual report recorded by the group for the financial year 2018, the group has a workforce size of 85,800 people in more than 40 countries. The defence group work closely with the domestic groups to support economic development and interchanging knowledge, skill and technology. The group is a major player in its principal markets like the United States, UK, the Kingdom of Saudi Arabia and Australia and hold a significant position in a number of other international markets. The group is headquartered in London, the UK and the outstanding market capitalisation of the BAE System Plc of Â£15.835 bn ranks it among the large-cap companies listed on the London Stock Exchange. And, its shares are the essential constituent of FTSE 100 Index, FTSE All-Share and FTSE 350 High Yield indices.

Recently announced joint venture (RBSL) would going to be Europe's elephantine military vehicle group and under the terms and conditions specified earlier in January 2019, the BAE System has sold a 55% of its holding to the Rheinmetall for a consideration of Â£28.6 mn and this move would preserve 450 jobs across Britain and well placed to drive future growth.

Penny Mordaunt, Defence Secretary commented, and I am quoting, "This move reflects a clear vote of confidence in Britain's defence sector as global-player in designing, supplying, and supporting military vehicles."

The newly formed JV would draw on Germany headquartered Rheinmetall's comprehensive military vehicle technologies along with the other capabilities and systems brought to the RBSL by BAE's Land UL business, i.e. Trojan, Terrier, Warrior, military bridging and AS90 artillery systems. The announced joint venture is carrying the potential to stimulate the UK's job market.

Both the group consensually appointed Mr Peter Hardisty as managing director of the newly formed joint venture. Peter was earlier with Rheinmetall UK. Mr Peter commented that our workforces in the Telford, Bristol, and Washington have incredible skills, expertise and hard-earned extensive experience in combat vehicle engineering.

The newly organised team that would drive future growth of RBSL also comprises Carrie White as Finance Director, and Phil Simon as Operations Director, both of them have switched from BAE System.

Rheinmetall Defence is one of the globally renowned manufacturers of military combat vehicles and systems. The group already has a presence in the United Kingdom through Rheinmetall Defence UK and Rheinmetall MAN Military Vehicles UK. Both of these companies are a pro-long supplier to the UK MoD (ministry of defence) and also aid in a number of areas, i.e. vehicle system, ammunition and technical support. 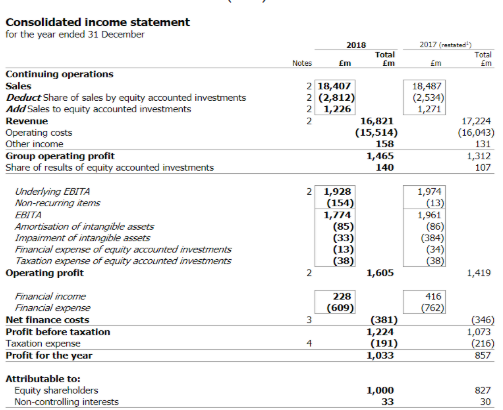 At the time of writing (as on July 02, 2019 at 11:33 AM GMT), shares of the BA were quoting at GBX 495.20 and surged marginally against the previous day's closing price. The outstanding market capitalisation of the group stood at Â£15.89 bn and a key constituent of the FTSE 100 Index. At the current trading level, as quoted in the price chart, the dividend yield of the company was quoting at 4.49%, which is broadly in line with the dividend yield of the FTSE 100 index.

In the year-ago period, shares of the BA have registered a 52w high of GBX 680.6 and a 52w low of GBX 439.4, and at the current trading level, its shares were quoting approximately 27.36 per cent below the 52w high price level and around 12.52 per cent above the 52w low price level, respectively.

From the RSI standpoint, the 30-day, 14-day and 9-day RSI of the stock was oscillating between 57-68, which is strengthening the upside movement in the stock in the near term.

In the year-ago period, shares of the BA have registered a 52w high PE of 27.8x and a 52w low PE of 14.15x, however steep plunge over the past one year could be a reason that the current PE of the stock was hovering near its 52w Low PE and quoting at 15.9x. Also, from the TTM PE standpoint, the stock was trading considerably at a lower valuation against the industry average of 54.04x.

Therefore, the above discussed measures indicate that the overall scenario in the stock seems to be positive and carrying the potential to surge further from the current trading level. Also, the dividend yield of the stock is very decent, which is a useful metrics for the income investors.